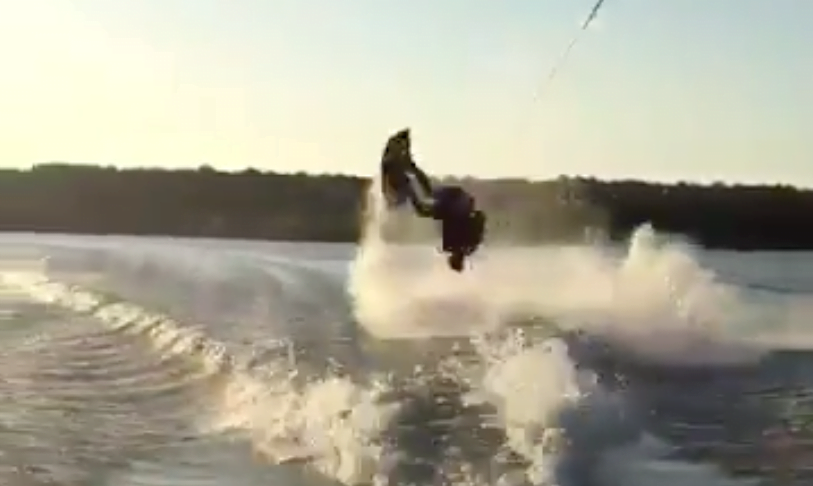 One of Oklahoma State’s standout commitments in the 2017 class, Brock Martin of Oologah, Okla., is committed to play defensive end in Stillwater.

But he’s also a pretty incredibly freaky athlete, which apparently translates to water sports, too.

Here’s a clip of Brock Martin on the water wakeboarding, trying to perform some insanely difficult trick that I only have nightmares about, which is why I stick to paddle boards.

Athlete on the water?? pic.twitter.com/OZMjf1OrAW

Granted, he didn’t quite stick the landing. But whatever trick he’s getting at is a bit more difficult than simply standing up on a board. That takes some serious talent to get to that point.

Hopefully that talent and athleticism will translate to some serious production on the field. Per his HUDL film website, Martin tallied 96 tackles and 17 sacks his junior season, despite missing several games at the beginning of the season recovering from an ACL injury. So whatever he’s doing seems to be working.