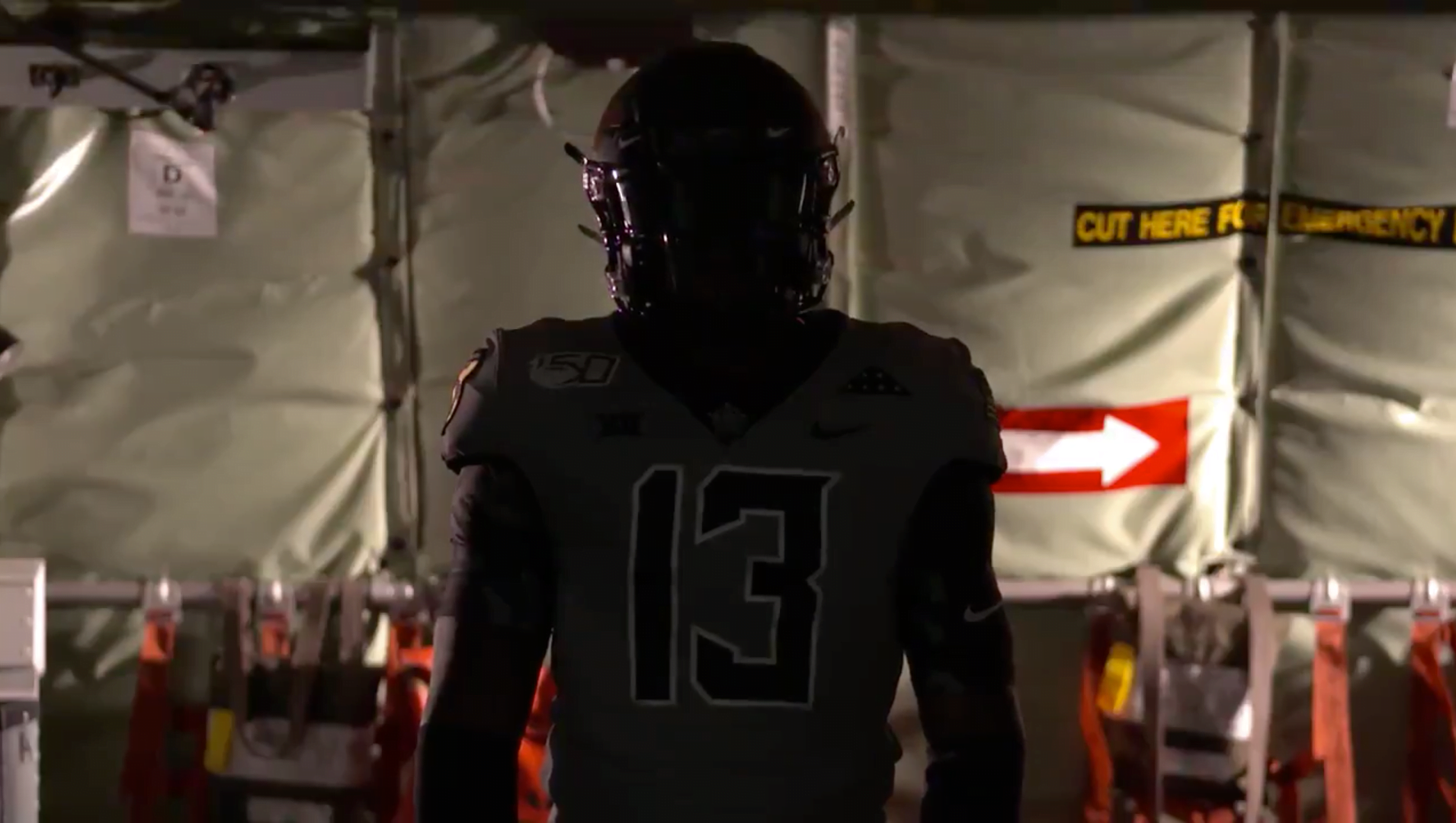 Oklahoma State will don specially-made uniforms on Saturday against Kansas that have never been worn before.

Saturday is for the troops. 🇺🇸 #VeteransDay

The uniforms are a product of OSU and Nike working hand in hand to produce a special product for the military holiday, OSU announced in a press release. Here’s a look at some of the unique touches of the new gear.

The official military base crest of the Cowboy Battalion appears on the right sleeve. The use of the crest represents the historical roots of service fostered by the university. Oklahoma State’s ROTC program originated with the establishment of the school itself. Founded in 1890, military instruction was part of the curriculum.

The American flag appears on the left sleeve. 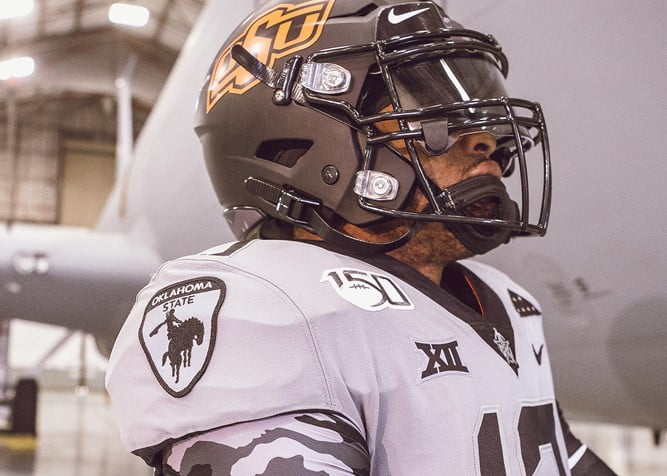 Player last names do not appear on the back of the jersey. They are replaced by “Cowboy Battalion”. Player names take a secondary role to the base call-outs on the nameplate. 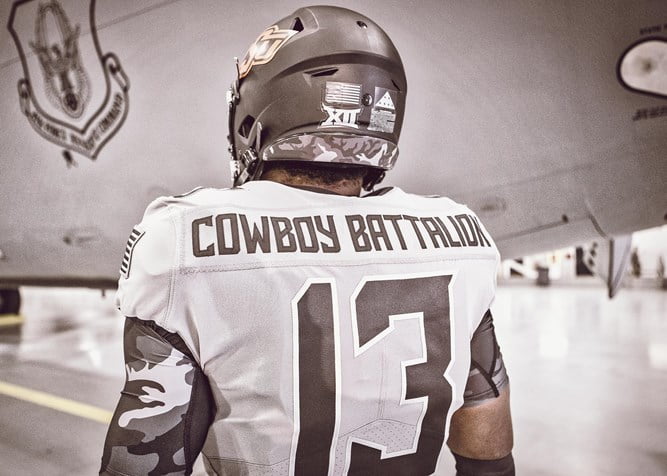 The uniforms also have special symbols, color schemes and graphics paying tribute to Folds of Honor and military aircraft colors.

“I have great respect for the people in our armed forces and am excited to honor them for what they do for our country,” said Mike Gundy. “These uniforms are a good reminder to our players – and to all of us – the price these people pay every day to protect our freedom.”