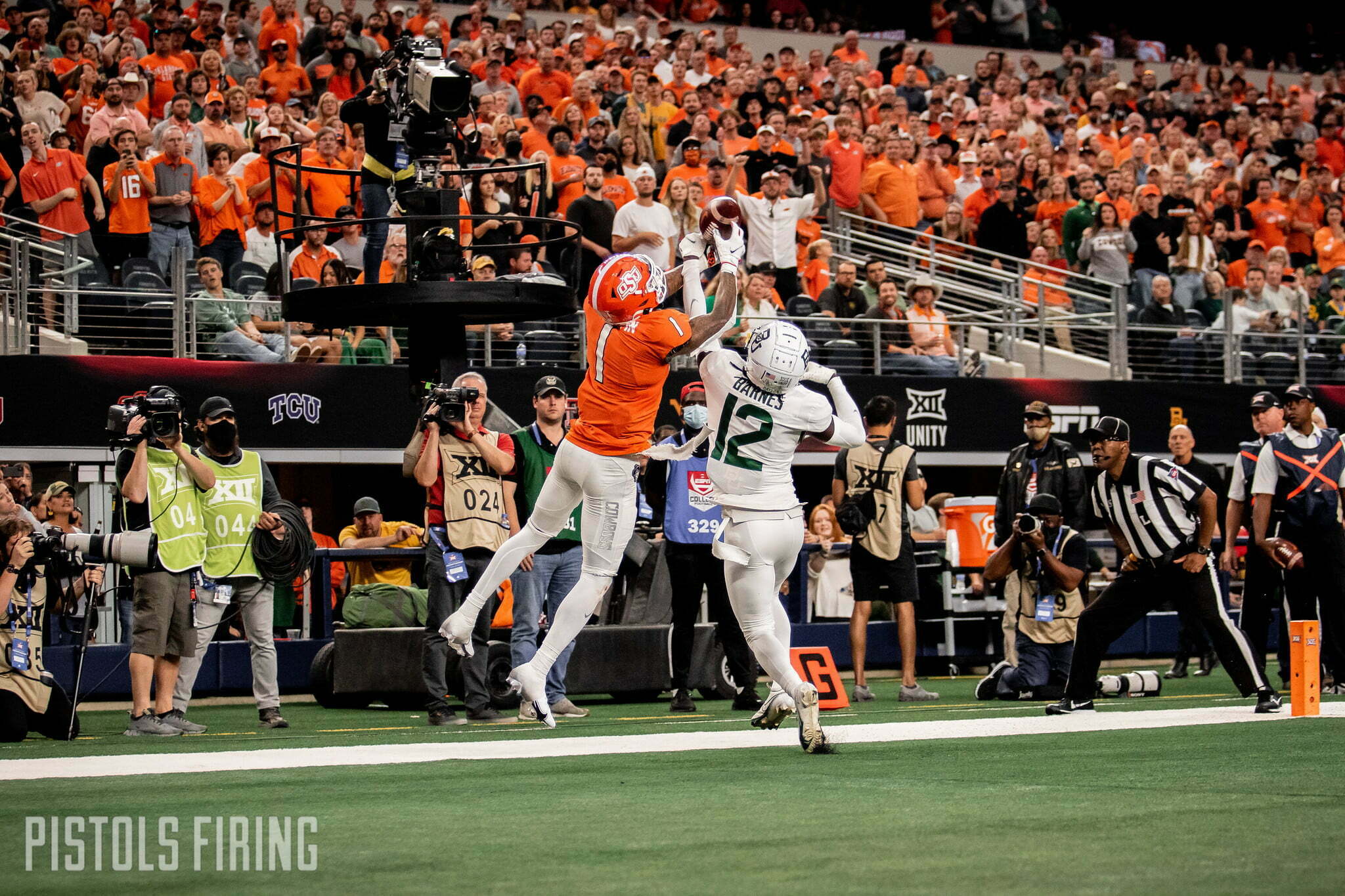 Say that to someone in Stillwater and they’ll probably respond, “Yeah, and the sky is blue.” But, every so often someone outside of Payne County spreads that message to the masses. That’s what happened last week when 247Sports’ Josh Pate answered a question about underrated programs nationally, where he listed off a bunch of statistics the orange-clad faithful are fully aware of — about how Mike Gundy has been doing more with less (recruiting stars) for years.

But OSU’s consistency is an ever-evolving ideal. One or two down years could tank that perception. But an OSU down year, like going 7-6 in 2018 or 2014, would be celebrated by many programs across the country.

Even the upcoming newcomers to the conference (UCF, Cincinnati, BYU and Houston) don’t have a better 10-year winning percentage than OSU despite those teams not playing a Power Five schedule.

Here is a breakdown of how Big 12 schools have done over the past 10 season, sorted by 10-year winning percentages. And for fun, the four upcomers are included.

To start — Kansas. The Jayhawks have won nine total games the past five years. OSU has averaged nine wins a year for the past 10 seasons. It’s known Kansas is bad at football, but when stacked up like this, it’s all the more dismal.

Given the Cyclones’ recent success, it’s surprising to see them that low on this list, but the five-year win percentage of 0.609 shows Matt Campbell is headed in the right direction. With that being said, Iowa State was supposed to have one of its better seasons in program history in 2021 before 7-6, Brock Purdy’s senior season. Mason Rudolph takes it on the shins for going 10-3 in his senior season. Imagine what the OSU fan base would think if the Cowboys went 7-6 in 2017.

It’s interesting that UCF and Cincinnati have the same record across the past 10 seasons. But, despite Cincy’s recent success, UCF has actually been two wins better the past five years.

Perhaps the biggest piece of OSU being so overlooked is just how good the Cowboys’ neighbor to the south has been. OU’s worst season in the past 10 years was in 2014 when the Sooners went 8-5. Norman felt on the verge of burning to the ground after Bedlam last year and it was all over a season where OU went 11-2 — two more wins than Kansas has had in the past five years. It adds to the wonderment that OSU might be better off without OU from a national perception perspective.

The OSU and Baylor pseudo-rivalry will be an interesting track going into the new-look Big 12. The Cowboys and Bears have each had five double-digit win seasons in the past 10 years. The difference has been that OSU’s lows are 7-6, and Baylor’s lows are 1-11. Baylor has had four coaches in the past 10 seasons, so perhaps Dave Aranda can provide some stability that will in turn provide stability in the wins and losses.

So, yeah, OSU’s consistency is nearly unsurpassed. Everybody who has consistently watched the Pokes the past dozen or so years can tell you that. Maybe 2022 will be the year that sentiment becomes more known nationally.