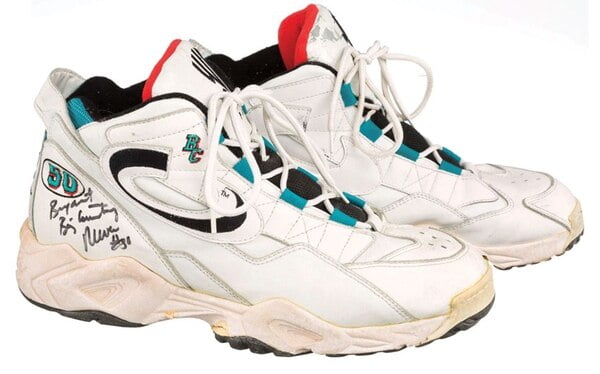 A topic that I’d long forgotten about got brought up last week on the Chamber (our forum — come join the convo if you haven’t yet): Bryant Reeves once wore (and repped) Warner Brothers-branded basketball shoes.

This is a real thing. Here’s ESPN on the 10 worst basketball shoes of all time. These BCs are basically the opposite of any Jordan 1-13 kicks.

Speaking of “Space Jam,” Warner Bros. became so NBA-obsessed that the movie studio decided to enter the sneaker game (no, seriously). Their two big signees were Glen Rice and Bryant “Big Country” Reeves. Rice soon departed for a Nautica deal (no, seriously), so Reeves, a 7-foot Vancouver Grizzly out of Oklahoma State, became the face of the WB brand.

The shoe itself looked like the biggest, whitest version of the kicks one finds in the wire bin at the back of your local discount store, the kind you buy because you need something to wear that you don’t mind getting dirty while you’re doing yardwork. That’s pretty much perfect, because these days, Reeves is retired and working his cattle ranch in Oklahoma. We can only hope that as you read this, he’s on a tractor wearing a pair of red-clay-caked WB Big Countrys. [ESPN]

The shoes themselves are incredible. They look like they were the product of a “let’s keep this to 90 minutes or less” design competition. Hopefully BC got paid for putting his initials on those babies.

On paper, a signature shoe for a seven-foot-tall-center nicknamed “Big Country” that plays in Vancouver, licensed by a company best known for their cartoons, might seem like the worst idea ever. Turns out that would be a fair assumption, because it was as bad in reality as the idea implied. [Sole Collector]

Alternative take: They might be so bad they’re actually good.

Of course, even if he didn’t get paid, he’s probably good since 1. He made $56 million in his career (an all-time high for OSU players in the NBA, which Marcus Smart will eventually obliterate) and 2. He lives in Gans where I presume the cost of living is not exorbitant.

Country’s foray into WB apparel is among the all-time endorsement question marks when it comes to shoes. Here’s an amazing list with names like Spalding, WB and something called Damani Dada.

The unfortunate part here for BC is that he actually used to wear really good shoes. Here are his kicks at OSU. 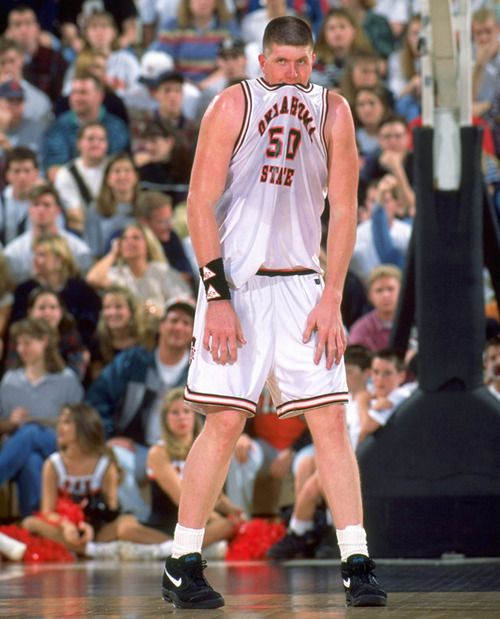 Then his shoes when he first got to the pros. 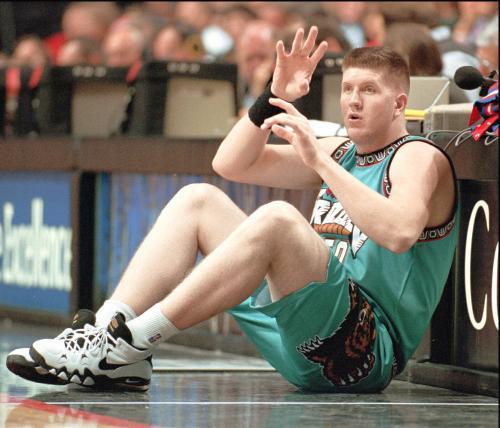 Those are borderline all-timers! I know he probably wasn’t getting paid to rock Nikes like he was those WB specials, but boy, that might be one you’d like to have back [Country checks bank account] or … perhaps not.