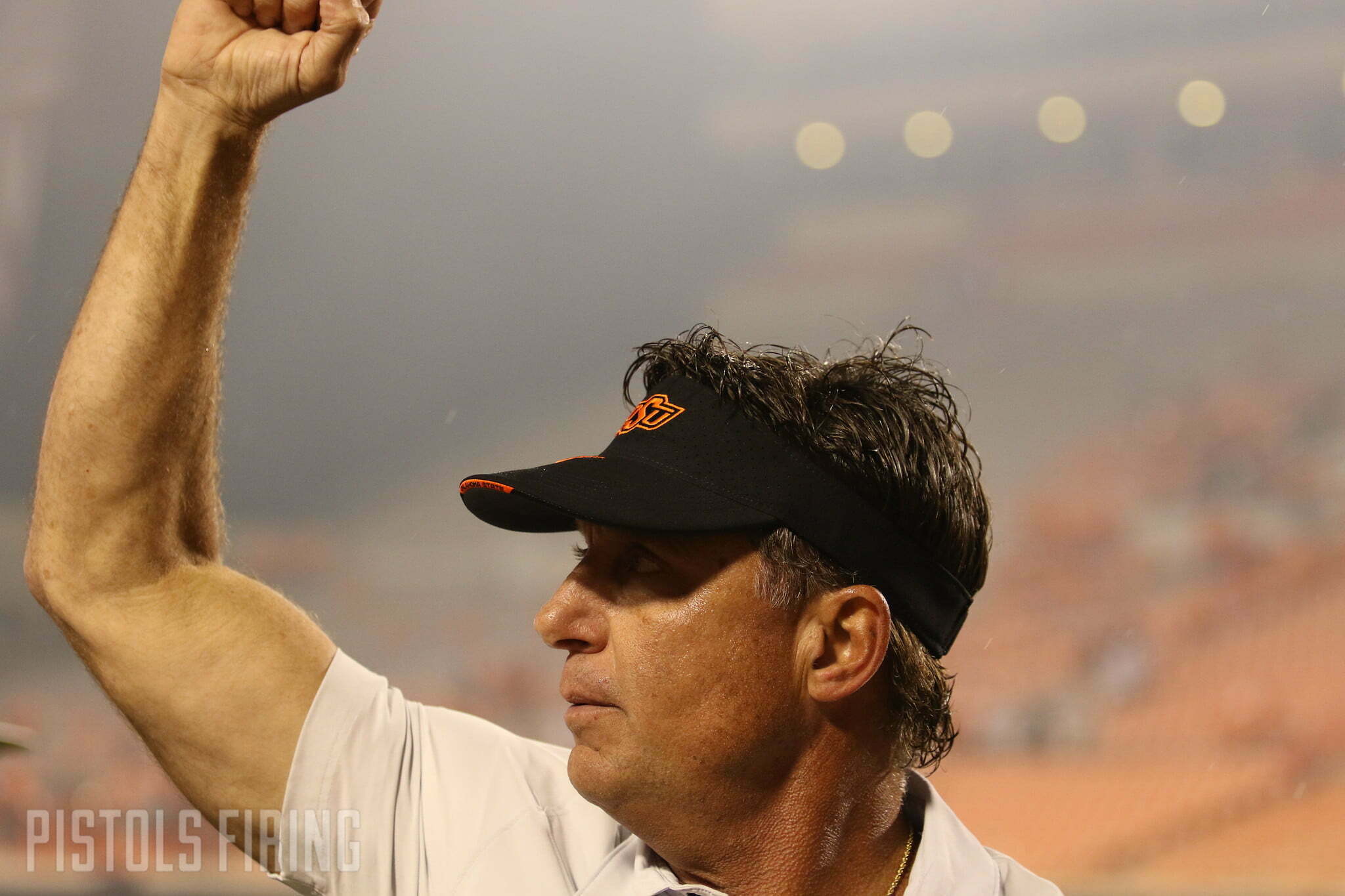 The Cowboys have played in what is now known as the Guaranteed Rate bowl twice before, both coming under different bowl names.

When Oklahoma State plays Wisconsin in this year’s edition of the Guaranteed Rate Bowl at 9:30 p.m. Dec. 27 in Phoenix, the Cowboys will put a 2-0 record in the bowl on the line. Here is a look back at how OSU’s past two games have went.

In Mike Gundy’s third year at the helm, the Cowboys made the Insight Bowl at 6-6 after dropping three of their final four games of the regular season.

After an early Indiana field goal, OSU scored the next 28 points with touchdowns from Dantrell Savage, Dez Bryant, Zac Robinson and Adarius Bowman (what a lineup!). A Robinson QB sneak gave the Cowboys a 35-10 lead at the half.

The second half was less explosive, but Bryant found the end zone again, as did Julius Crosslin to secure the Pokes’ 49-33 victory.

Robinson was named the game’s offensive MVP. He had 302 passing yards, 70 rushing yards and five total touchdowns. Savage ran for 100 yards and the one score on 23 carries, and Bryant caught nine passes for 117 yards and two scores.

Donovan Woods was the game’s defensive MVP. He finished with nine tackles, including one tackle for loss.

Here is a very 2007 highlight reel from the game, complete with some generic hard rock music:

OSU started the season 5-1 with its only loss coming by 6 points to the defending national champs in the season opener, but then — thanks in large part to quarterback health — the offense stopped working. Sound familiar?

The Cowboys lost five straight, going into Bedlam at 5-6 with their only chance at a bowl being beating OU. In his second start after burning his redshirt the week before, Mason Rudolph did just that. With the help of Tyreek Hill’s 92-yard punt return, the Cowboys upset the Sooners and kept their bowl streak alive.

Now for the game itself.

Gundy let it all hang out in this game, using defensive tackle James Castlemanin the running and passing games. Castleman had a rushing touchdown and a 48-yard paint chipping catch-and-run. But that wasn’t the only bit of trickeration the Cowboys brought to the desert, Rudolph also had a 22-yard reception from Brandon Sheperd. It was chaos.

The Huskies were never really in the game, as OSU held a 24-0 lead at the half before Ben Grogan — OSU’s all-time leading scorer — iced things with a pair of second-half field goals.

Desmond Roland was the game’s offensive MVP, running for 123 yards on 32 carries. Seth Jacobs won defensive MVP with eight tackles, a tackle for loss and a forced fumble.