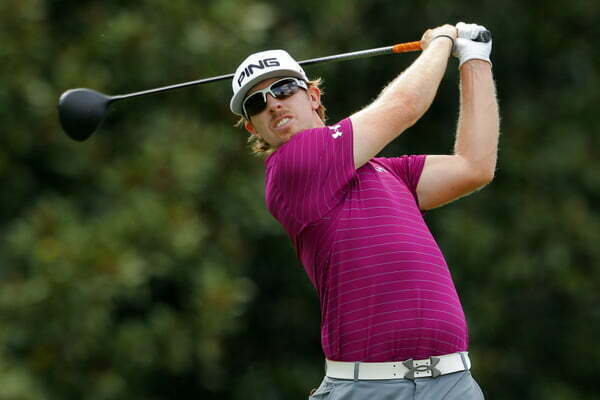 While most alums basked in the afterglow of a scintillating second half comeback by the country’s most diverse football offense on Sunday, one Cowboy had some work of his own to do.

Hunter Mahan entered the final round of the Tour Championship with the tournament title as well as the FedEx Cup title (golf’s version of a postseason) on the line.

What awaited him at the end of 18 holes was a possible $1.44 million tourney win plus the FedEx Cup cash ($10 million!) if he could pull the double dip.

The leader of the FedEx cup going into round four was Webb Sinpson who, as it were, would need a 71 in the closing round of golf’s 2011 season to take hunt the ten mil. He shot a 73 which opened the door for Mahan, among others.

Dressed in purple and sporting his orange goatee and the former O-Stater looked like he was heading to compete in a medieval jousting match after his round…you know, if 11th century Europeans wore flat-billed Titleist hats.

Mahan went out and dropped a 71 on Sunday, including a clutch 6-foot putt on #18 he needed to force a playoff with Bill Haas (who shot a 68).

With the other 28 golfers cleared out of the way Mahan and Haas headed back to the 18 tee to play for $11.5 million.

They both flubbed their tee shots (be honest, you would whiff with 11 grand on the line, much less 11 mil) but both got up and down to send it to playoff hole #2.

Here’s where things got crazy. Haas hit his second shot in the water (like, literally in the water) but was able to chip out to two feet while simultaneously moistening the green for the grounds crew (how thoughtful of him!).

Both ended up with par on that hole before going back to 18 where Haas parred for the win.

Mahan was in good spirits afterwards (more so than I would have been if I’d just lost out on $10M) saying:

I couldn’t have been happier with how I played. I just can’t make a putt. >I think I may have made more money this year than I ever have, but I didn’t win. It’s weird. Golf is a funny game like that.

Of course he still walked away with $1.5 million so I guess you can only be so upset about that.

Mahan actually won more money last year than he did this year (although he has a few tournaments left) but overall this has definitely been his best year: most top ten finishes of his career (9), lowest scoring average (69.98) and a pair of runner-up finishes to boot.