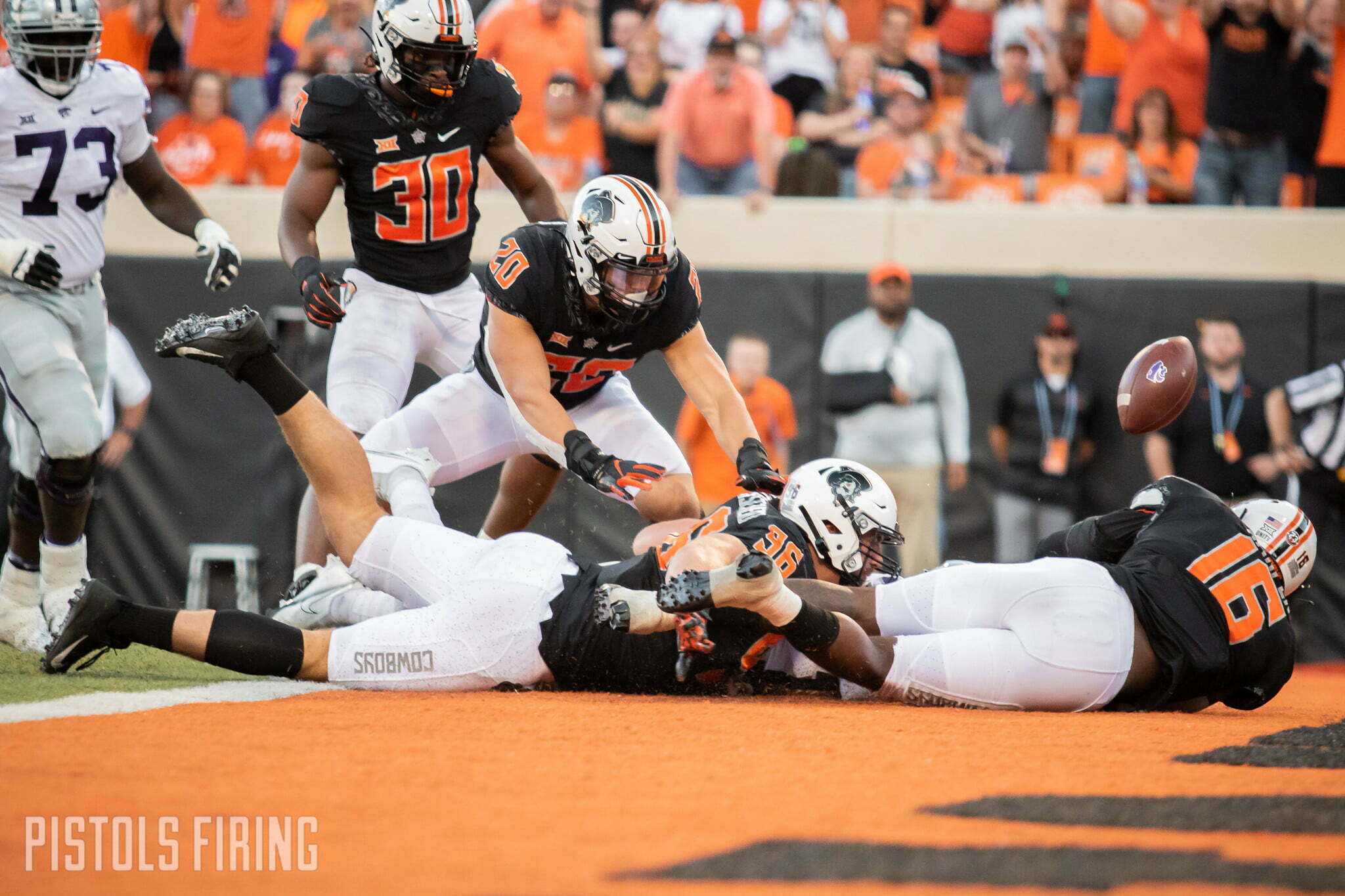 For the first time this season, Malcolm Rodriguez didn’t lead the Cowboys in tackles, but his defensive touchdown still saw him walk away with some weekly hardware.

Rodriguez was named a Big 12 Co-Defensive Player of the Week for his performance against Kansas State. Rodriguez had seven total tackles, six solo stops, a tackle for loss and a fumble recovery in the end zone in Oklahoma State’s 31-20 victory.

It’s the second Defensive Player of the Week honor Rodriguez has picked up this year, as he also picked up the award after his game against Tulsa.

Rodriguez has 43 total tackles on the season, most in the Big 12. West Virginia’s Josh Chandler-Semedo is second in the conference with 35 total tackles, eight tackles behind Rodriguez. Rodriguez’s 28 solo stops are also a conference best, ahead of Baylor’s Jalen Pitre. Pitre has 24 solo tackles and has played one more game than Rodriguez.

This is the sixth weekly conference honor an OSU player has picked up this season.