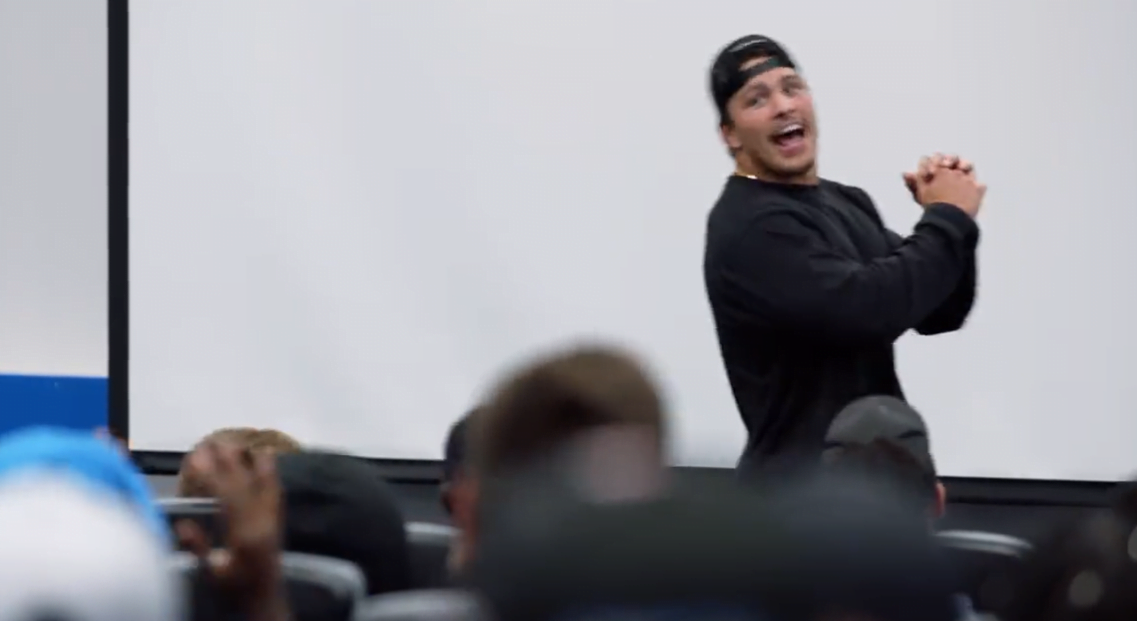 Malcolm Rodriguez, the lovable linebacker product from Oklahoma who grew from star high school quarterback to all-conference linebacker in college at Oklahoma State, made quite the impression this week in HBO’s first episode of this season’s “Hard Knocks” series, which is following the Detroit Lions in the lead-up to the 2022 football season.

Rodriguez, who was drafted by the Lions with the 188th overall selection, was tasked — as rookies are — with dancing in front of the entire team. And boy did he dance! Standing barefoot in front of the entire room, he threw out a blend of salsa and cha-cha moves that dazzled the room. I’m not entirely sure it was good dancing, but it was definitely captivating nonetheless.

Rodriguez also made a brief appearance earlier in the show when, asked about his impression of training camp, he threw out the ultimate football guy response: “Training camp is awesome because you get to hit people.”

It’s no surprise Rodriguez has made a strong first impression with his new team.

“His key and diagnose right now for a young guy is pretty good,” Campbell said last week. “As you see the competition in that room and you just watch — here he is, let’s just give him a rep. We’ve done a good job with that. Now there’s already a conversation about ‘let’s push him up to the next group a little bit and give him some more reps.’”

Rodriguez was listed No. 4 on the early Lions depth chart at his respective linebacker position off the ball, but training camp is still young. He brings a lot to the table that the Detroit regime seems to appreciate, even if his salsa moves need some fine-tuning and development.