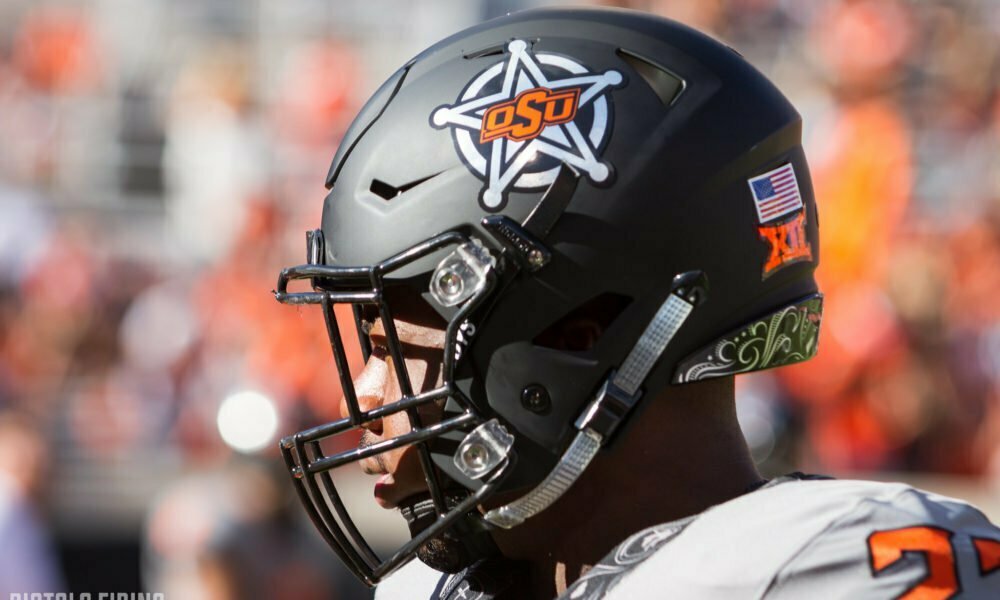 Oklahoma State’s coaching staff scored a huge win on the recruiting trail on Thanksgiving day as junior college offensive line prospect Caleb Etienne, a 6-foot-8, 310-pound tackle, committed to the Pokes over South Carolina, Arkansas and a handful of other programs.

His path to OSU is a winding one. In 2018 he garnered tons of interest from across the country and committed to Ole Miss before backing away from that pledge ahead of 2019 signing day. His decommitment came just prior to enrolling at the junior college, so it’s possible he failed to qualify academically and thus was forced to go the JUCO route.

His commitment gives OSU a massive boost in its 2021 recruiting class ahead of next month’s early signing period. He’s the second listed offensive line pledge of the cycle, and he comes to Stillwater positioned to play immediately because of his experience and resume. With Teven Jenkins NFL-bound and OSU struggling to have enough depth along the offensive line, he could be a major addition that plays a big role next season.