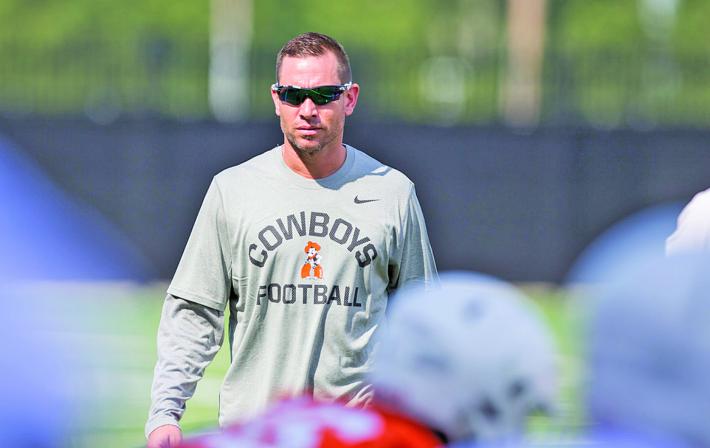 If you were holding out hope that the reports of Marcus Arroyo leaving OSU for Oregon might be false, the man himself put that to rest late Thursday night in an announcement on twitter. Here’s what he said:

I said when I got here “Oklahoma State was a special place,” and after 2 years – that was EXACTLY right! An amazing place, with great people, awesome fan base, an elite program, and limitless in their continued trajectory. I’m so thankful to Mike Gundy and the OKState family for allowing my family and I to take part in this journey the last 2 seasons. Stillwater and the Cowboy nation will always be a special place to us, and we will cherish our time here. The camaraderie, support, and encouragement that the OKState alumni and fans provided will never be forgotten, and I know many of these relationships will continue for years to come. Oklahoma State is truly first class – thank you again for allowing me to be a part of your awesome history!! GOPOKES!

A class act from a quality coach.

With Arroyo’s departure, Oklahoma State now has two positions to fill on the staff. The offensive line coaching position is open after Greg Adkins’ was let go just a week ago.

Spring football begins soon, so Mike Gundy will likely be out hitting the recruiting trail — for coaches — over the next few weeks.