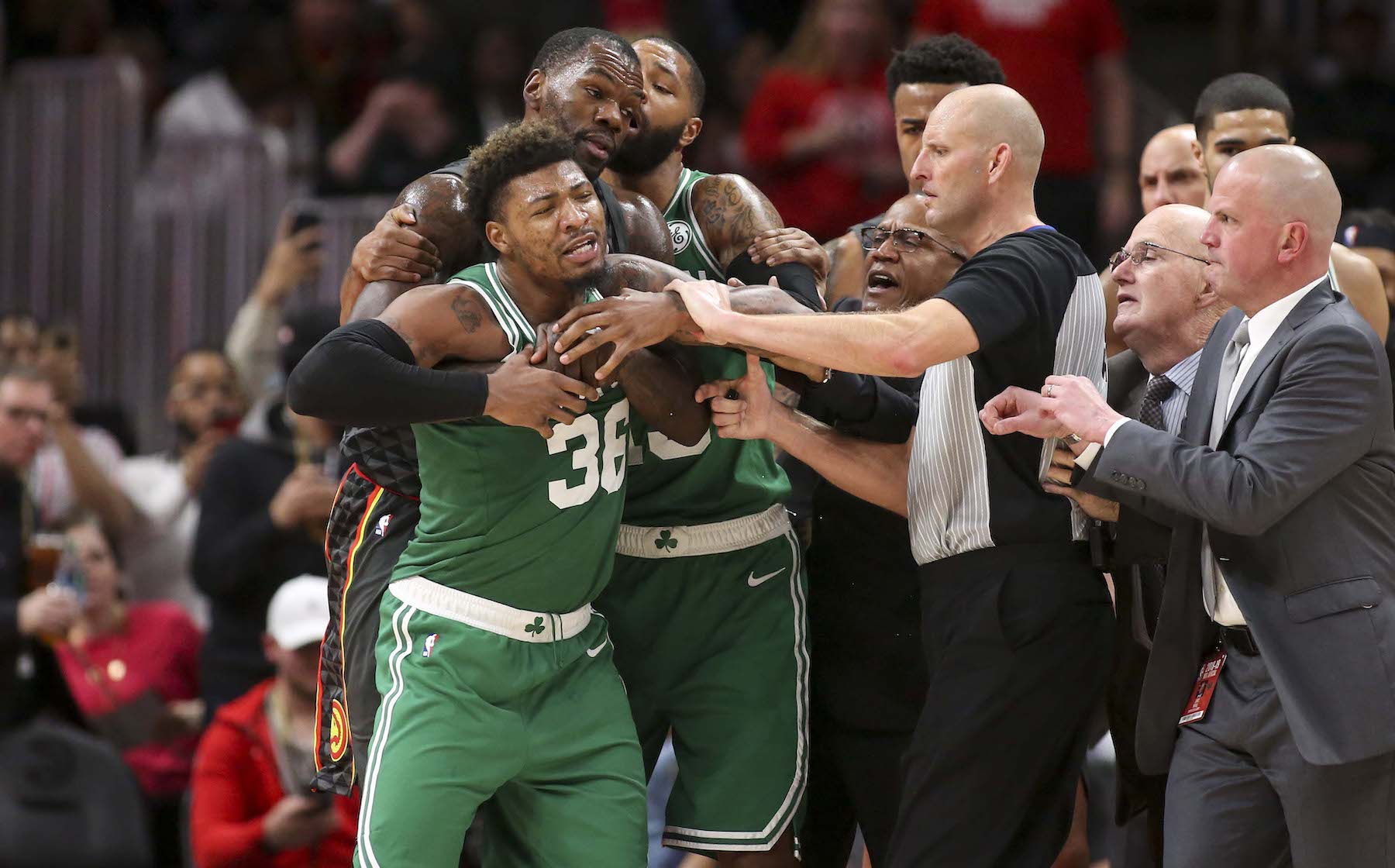 Marcus Smart has been fined $35,000 for “aggressively pursuing an opponent in an attempt to escalate a physical altercation and failing to leave the court in a timely manner following his ejection” on Saturday night, the NBA announced Monday.

Now, Marcus Smart’s salary in 2018-19, thanks to a new $52 million contract signed last offseason, means that a $35,000 slice of his pie is no more than a really successful night out at Benihana. But for us regular folk — OUCH!

Fortunately, despite his antics, Smart was able to avoid a suspension. Here’s the play where he earned his second technical and an auto-ejection.

Marcus Smart and DeAndre' Bembry get chippy in the game. Smart gets ejected (@AAANe_MAnews) #AAANortheast pic.twitter.com/lqUSReOldI

This isn’t the first time Smart’s had to open his wallet for the NBA’s front office. After a shove-off with J.R. Smith last October, he was fined $25K; he was also fined $15K last March after — what else? — publicly criticizing the officiating.

Smart and the Celtics are 28-18 on the season and riding a three-game winning streak into Monday night’s game against the Miami Heat. Smart is averaging 7.9 points, 2.8 rebounds and 4.0 assists per game this season.