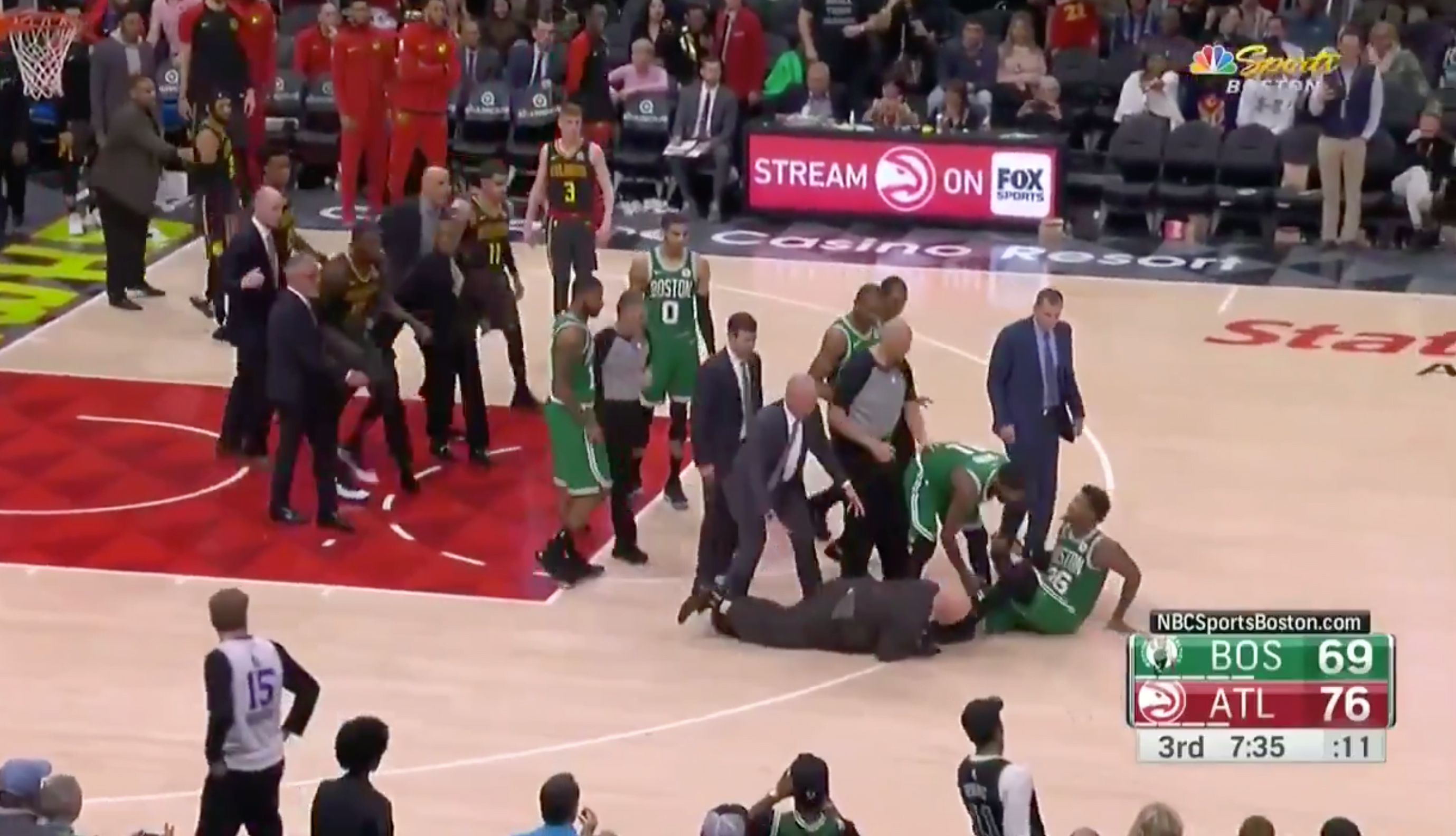 Marcus Smart got kicked out of the Hawks-Celtics game on Saturday after mixing it up with a fella named DeAndre Bemby and running roughshod through a contingent of players, coaches and officials trying to get him under control.

Here’s a look at the incident (and the poor coach who ate hardwood at the end!).

Marcus Smart and DeAndre' Bembry get chippy in the game. Smart gets ejected (@AAANe_MAnews) #AAANortheast pic.twitter.com/lqUSReOldI

Here's another angle of Smart's run at Bembry pic.twitter.com/GXHlgRr5IZ

“I just think that we accept Marcus for who he is, in terms of being fiery,” Kyrie Irving told reporters. “You know, bringing that type of energy. You know, s— happens sometimes where the game goes like that and an altercation happens, we just gotta pick right back up.

“I think it was a five- or six-point game at that point, so, you know, he knew what the score was. He knew he had one tech, he’s responsible for that; it’s our responsibility to pick him up, and finish out the game strong.”

Smart is averaging an 8-3-4-2 line this year, and this his first ejection of the season. He did not talk after the game, but his head coach did (pretty candidly).

“I need to go back and watch it before I react to it,” Brad Stevens told reporters. “From what I saw, obviously, deserved to be ejected. And, I don’t know what was said. I haven’t asked [Smart], I haven’t talked to him about it, but, obviously there’s league punishment for that type of stuff. Can’t react that way.”

You guys know my thoughts on all of this so I don’t need to rehash for the sake of rehashing. Bill Simmons did have a fun tweet that I definitely disagree with, though!

Since I’ve been a Celts fan we’ve had 3 guys who weren’t “hold me back” guys during bad blood moments and genuinely wanted to fight if they were pissed: Cowens, Bird and Smart.

***Not sure about Marcus Morris cuz I’ve never seen anyone provoke him. Probably not a good idea.