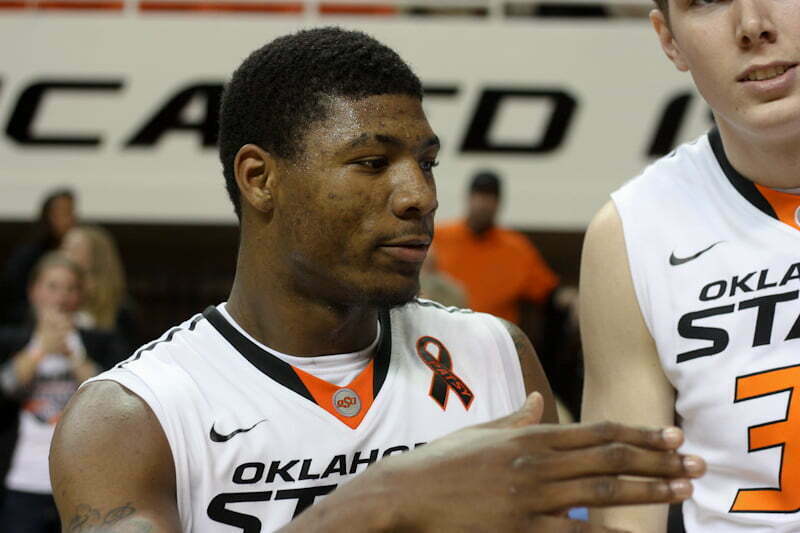 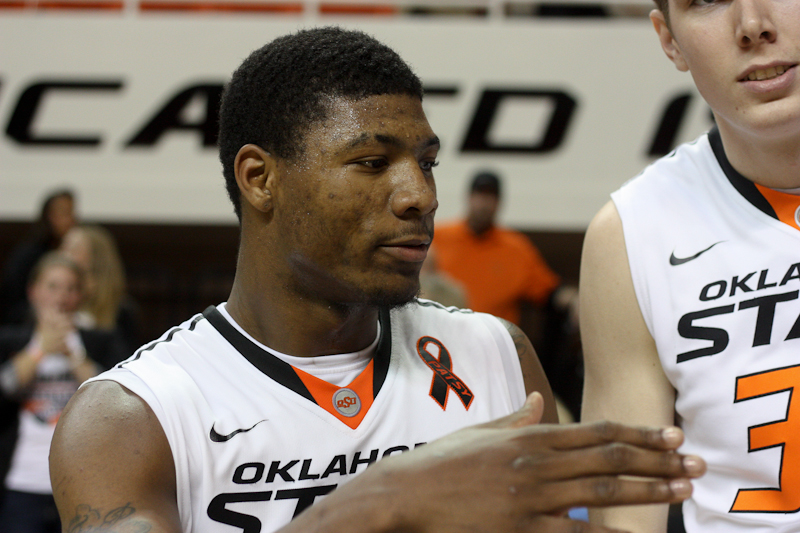 The All-Big 12 first team was announced tonight and Marcus Smart was a unanimous selection as well as the Big 12’s pick for freshman of the year and player of the year (read about that here). Here’s the entire first team:

Smart is is OSU’s first first-team selection since James Anderson in 2009-10.

I like the team. Osby probably deserved the first team nod over Markel just because he didn’t have a guy like Smart to fall back on so I have no problem with that. He was a monster all year and a 16-7 average in the Big 12 is nothing to joke about. I actually probably have a bigger problem with Pierre Jackson being left off the first team.

Pierre Jackson — first player since 1998-99 to lead a power-6 conference in points and assists — didn't even make All-Big 12 First Team.

The second team included Markel Brown and the third team included Le’Bryan Nash. Mike Cobbins made honorable mention. This is the first time OSU has had three All-Big 12 players (first/second/third team) since 2004 when Tony Allen and John Lucas got first team and Joey Graham snagged a third team nod.

Here are some of the other awards that were handed out for the Pokes tonight:

Freshman of the year

You can see all the awards here.