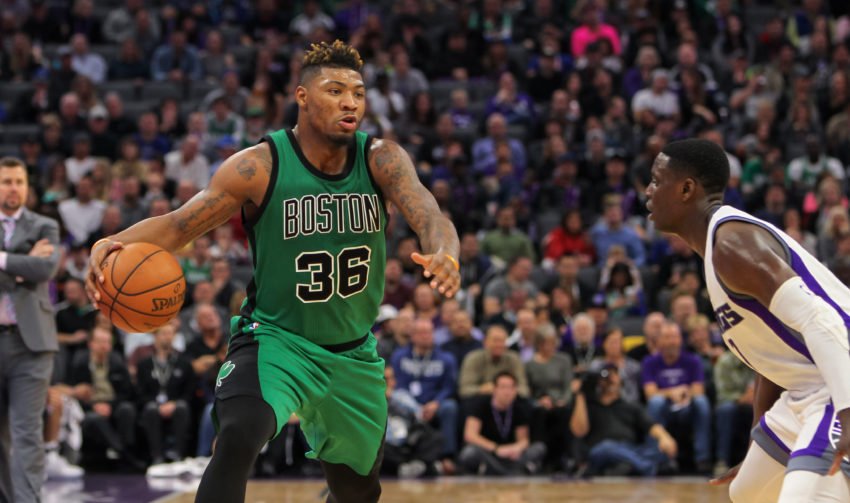 It started when Steenstra’s grandfather Tweeted at Marcus Smart after the Celtic posted a picture of his parents.

The tweet racked up likes and retweets, and Marcus Smart responded less than 30 minutes later.

DM me your address. Let's make him smile even bigger. Thx for the love!

The grandfather received the present on Monday, and he caught the reveal on video and posted it on Twitter:

"What! What! What!" Ha ha this is what it's all about.. grow into em young fella! https://t.co/mUJAejYNrD

It’s acts like these that keep Marcus Smart a Boston fan favorite.