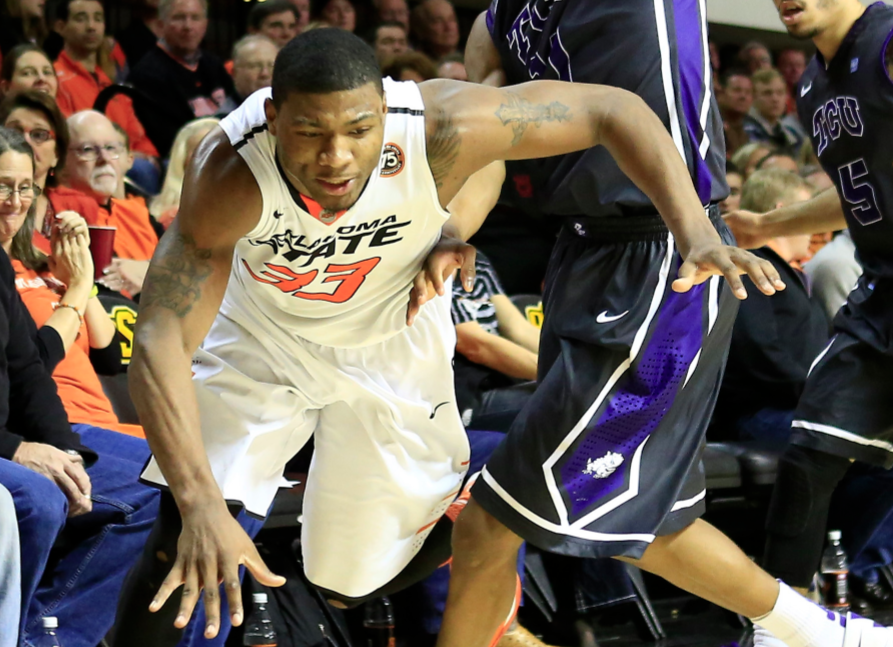 I went all in on the similarity ratings this time. I’ve done them in the past, but I’ve typically limited my similarity ratings to former OSU players. This time, I am using a database of every Big 12 player since the 1997-98 season that has taken at least 50 shots in a season (1700+ players).

The similarity ratings are determined by several traditional and advanced box score stats – they are not limited to the stats shown below, but it
would be too overwhelming if I showed you everything that goes into these.

You’ll recognize every normal box score stat given below with the possible exception of “EFF”. This is the player’s efficiency rating, a rough estimate at a player’s total contribution while he’s on the court.

Raise your hand if you had Cookie Belcher. It’s important to remember that these similarity ratings can only go so far as the box score takes them. Out of the 1700+ players in the database, Belcher has the most similar stat line to Marcus’s current season.

Instead of focusing on the No. 1 player on the list, try to look at the group of 10 – in that group, you have Marcus himself (freshman version), Tony’s senior year, Hinrich’s senior year, and a bunch of other guys who contributed to their teams in a bunch of different ways.

Now, here are the most similar OSU players for Marcus:

The best player in OSU history has great company, as you would expect. My man crush on Mo Baker has been clearly established on this blog, but allow me to point out that despite the great season that Smart is having this year, he is still well behind Baker in efficiency rating – largely due to trailing Mo in all three shooting percentage categories.

Now that I’ve established this idea, I’ll follow up with the other major players on this OSU team soon.