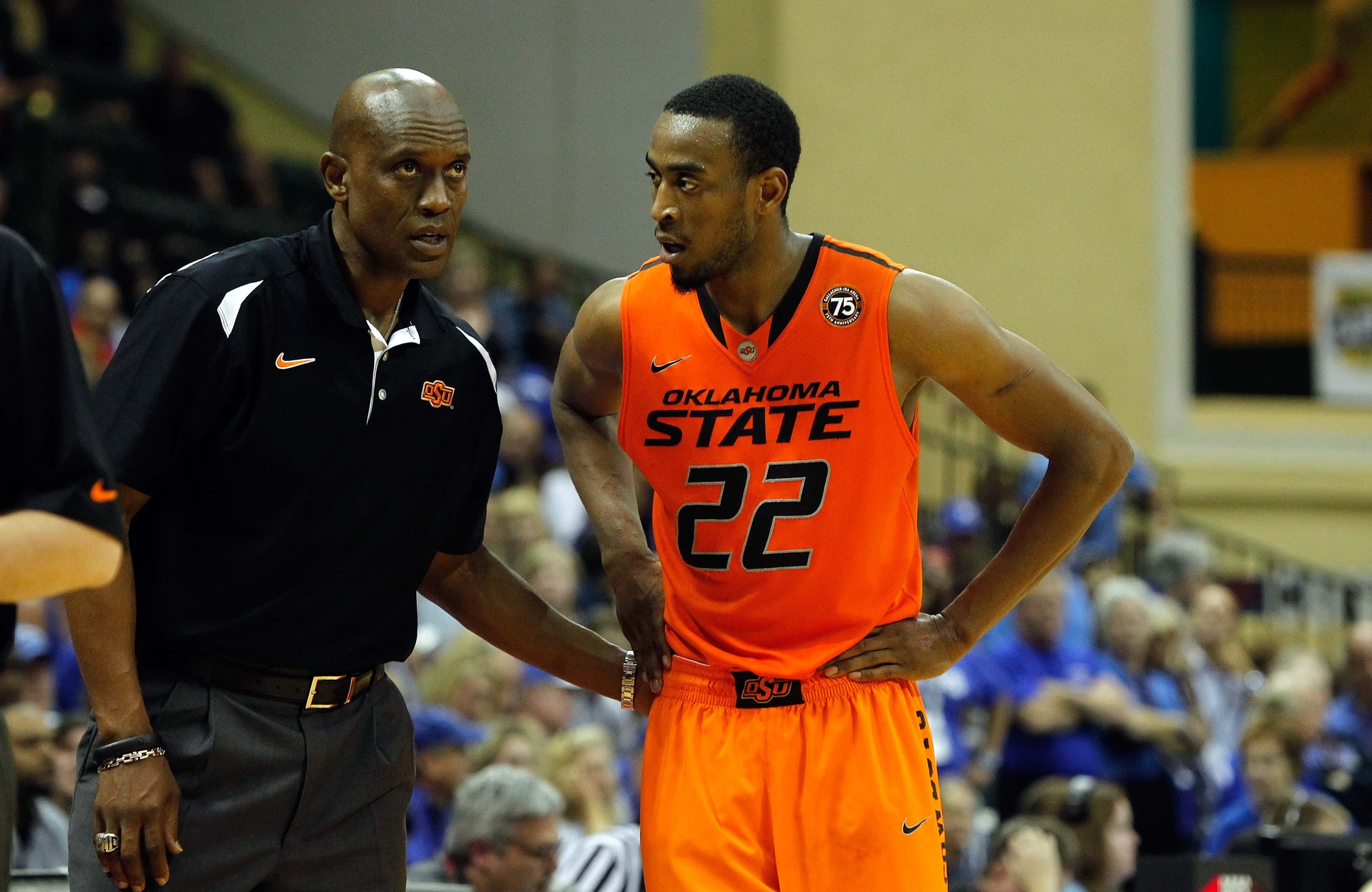 I’ve posted about basketball efficiency ratings before. An efficiency rating is a simple way to examine how good a player has been (mostly offensively) by looking the components of a traditional box score.

Here’s how you calculate it:

It’s not perfect – John Hollinger’s PER rating is superior, for example – but the benefit of the efficiency rating is that it is very similar to calculate.

Let’s take a look at three key players on this year’s team: Brown, Nash, and Smart. This chart shows a trailing 30-game average of each player’s efficiency rating over the course of each player’s career. For example, in game 1 of Brown’s career, his efficiency rating was 0. In game two, it was -2, so his average was -1.0. With each passing game, his cumulative career average changes.

This chart show each of these three players’ efficiency ratings over time. Markel has played the most games (112), so his line goes all the way across the chart: 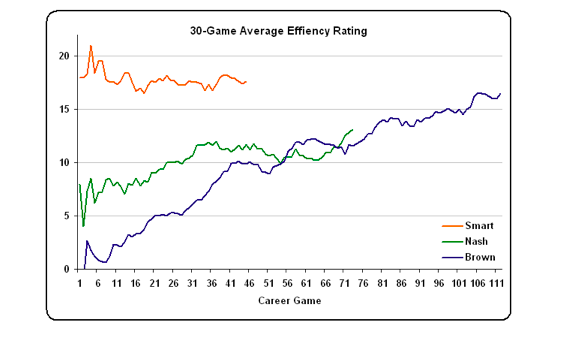 In this chart, you can see how steadily Markel has improved over time. He has gone from kind-of-terrible as a very raw freshman to a very solid 2nd-best player. The average 2nd-highest efficiency rating on all teams in the Sutton/Ford era is around 14.5, so you can see how Markel is playing above that level over the past 30 games.

That is what you want to see a player do. OSU hasn’t had many players that improved each year over the course of a 4-year career (Adrian Peterson and Desmond Mason come to mind), but Markel definitely fits into this group.

Nash began his career at a much higher level than Brown – but perhaps not high enough considering his hype when he arrived on campus. He has also improved, but his career arc hasn’t been as impressive as Markel’s. Still, it’s important to point out that he is playing at a higher level as of game 73 of Nash’s career, his 30-game efficiency rating is higher than Markel’s at the same point. Nash’s emphasis on rebounding and scoring more efficiently should lift his efficiency rating to higher levels.

Smart has been excellent since day 1 – literally. His game 1 efficiency rating was 18, which is roughly the average rating for the top player on each team in the Sutton/Ford era. He has remained at this high level for most of his short career. His career high was 37 in the Memphis game at GIA this season.