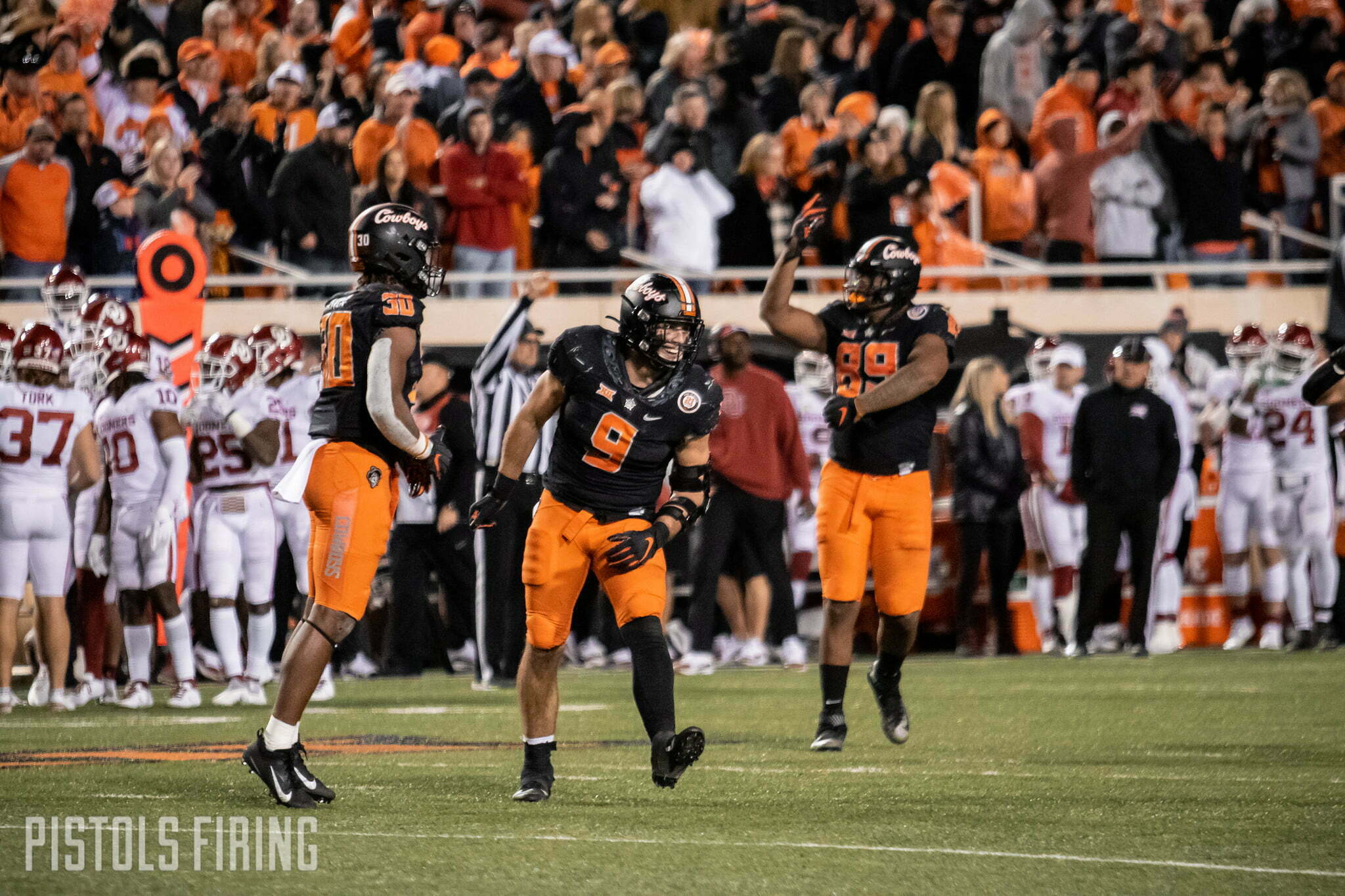 The Cowboys’ defensive line didn’t need to have two players on a preseason watch list to prove how scary it will be in 2022, but he certainly doesn’t hurt.

Brock Martin and Collin Oliver were two of 85 included on the Bronko Nagurski preseason list, an award given to the best defender in college football. The power duo of defensive ends made Oklahoma State one of 20 teams with multiple players on the watch list.

Coming off an All-American freshman season, Oliver is listed at 6-foot-2, 235 pounds this season. In that true freshman season, he had 11.5 sacks, the seventh most in college football regardless of classification. He was unanimously named the Big 12’s Defensive Freshman of the Year.

Oliver had a handful of memorable sacks last season, but none were as crucial than his fourth-down sack of Caleb Williams in Bedlam to ice the game.

Entering his sixth season with the program, Martin has 11.5 career sacks, recording nine last season. In his career, he has 103 total tackles and 26.5 tackles for loss. He has recorded five career fumble recoveries, one of which he returned for a touchdown.

“I just want to improve on some of the stuff that I had last year,” Martin said at Big 12 Media Days. “I had nine sacks last year. I’d like to increase that amount, increase my tackles for losses and pressure rate. And obviously help this team out as much as I can, and win this Big 12 championship and get a chance at the playoffs.”

Since the award’s inception in 1993, no Oklahoma State player has ever taken home the hardware. Alabama’s Will Anderson won the award last season.