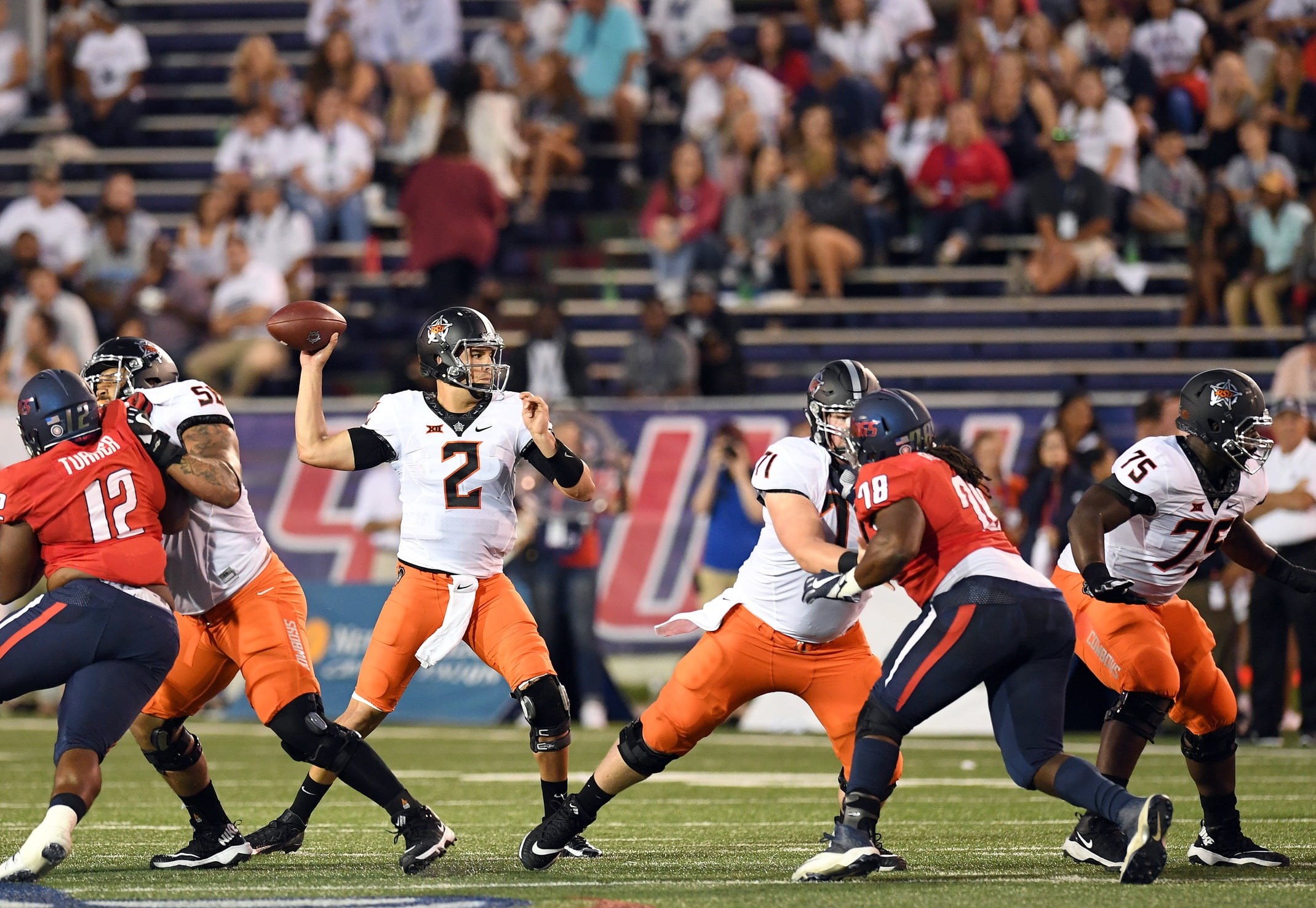 We knew he would get there sooner rather than later this season, and No. 2 did it in just his second game of the year. With this 15-yard toss to Chris Lacy in the second quarter, Rudolph surpassed Brandon Weeden as the all-time passing yardage leader in Oklahoma State football history.

The top five leading passers are a who’s who list of former Oklahoma State QBs. Arguably the five best in Cowboy history.

It’s not just a matter of him playing more games, either. Rudolph has averaged 310.9 yards per game coming into this game excluding the the 2015 OU game (which he probably should not have played). Weeden averaged 346.3 a game in his 26 starts.

Now Rudolph will have 11 or 12 (or 13?) more games to try and distance himself from B-Weeds. Here’s to hoping he sets a record that never gets touched.