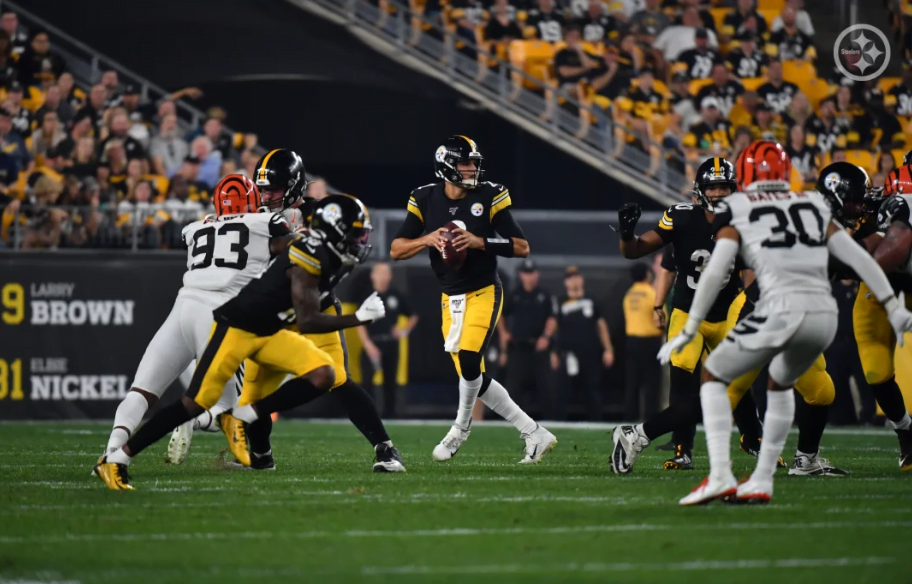 Mason Rudolph made his Monday Night Football debut  and  his first start inside Heinz Field on the same night.

Both Rudolph and the Steelers remain unbeaten on Monday nights.

In his second start — and third pro appearance — Rudolph was an efficient 24-for-28 for 229 yards and two touchdowns with no interceptions. That’s the short story.

Rudolph looked poised in the pocket and even showed his ability to scramble and make a play when needed.

The Steelers’ brass continued to try to shield the young QB, employing a watered-down playbook with most of his throws going to running backs on check-downs. (Side note: if you can, pick up Jaylen Samuels in your fantasy league.)

Mason Rudolph came into the season wanting to let it rip. But in his first home start, the quarterback was asked to play it safe. Rudolph’s 28 passes averaged 3.5 air yards, the lowest number since ESPN began tracking such a thing in 2006.

But that didn’t stop Rudolph from making a play.

And given enough time, Rudolph’s deep-ball acumen did finally break through. He found rookie wideout Diontae Johnson for a 43-yard score, their second TD connection in two weeks.

“We took our shots,” Rudolph told the Post-Gazette. “We were running really well. Diontae did a great job of making the play. We’re still working toward taking more shots. That’s on me and what I’m comfortable with right now. We are still moving toward that. It was only week two of me and [offensive coordinator] Randy [Fichtner] being together.

“It was one more week of Randy molding the game plan for me and what I like. It’s a big switch when you have a guy who has been here for 16 years and likes what he likes and kind of coaches one way and then have the younger guy come in. He has been unbelievably open to suggestions from me.”

And another ESPN stat shows that, over the last two weeks, Rudolph has been at least one of the most efficient scorers when trying to go deep. 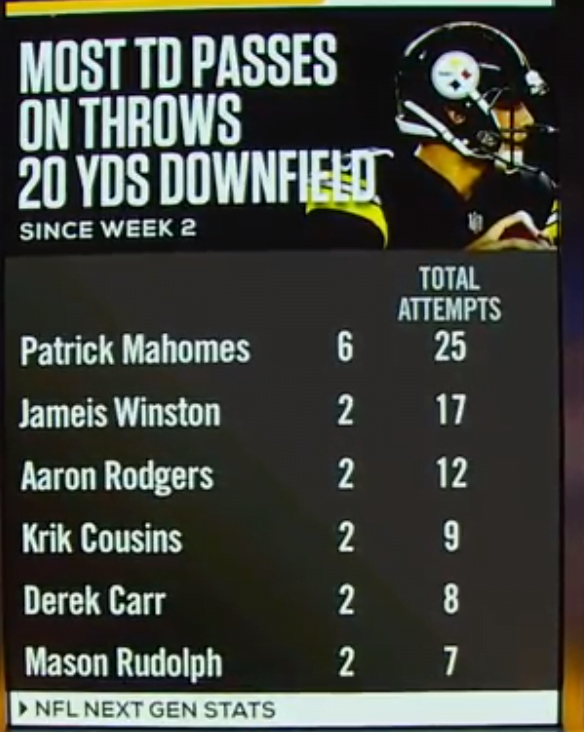 If you were looking for an OSU storyline, Rudolph threw just one pass to his No. 1 college target James Washington but the two failed to connect. The good news is that Pittsburgh is Rudolph’s team for the foreseeable future and that he and Washington should get plenty of chances to rekindle their chemistry moving forward.