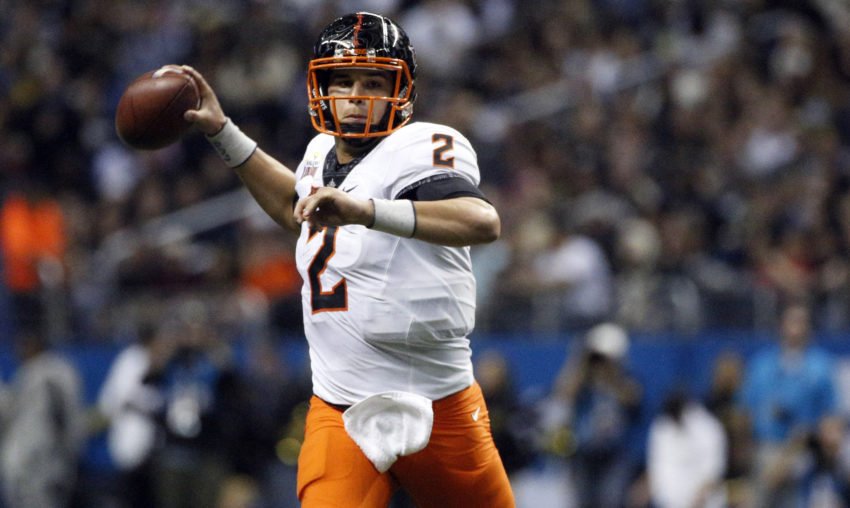 Oklahoma State quarterback Mason Rudolph heads into his senior season as one of the best quarterbacks in the country. To many, the Rock Hill, SC, native is one of the early favorites for the 2017 Heisman Trophy.

In fact, according to Pro Football Focus, Rudolph is a top-3 favorite, only behind 2016 Heisman winner Lamar Jackson and fellow Big 12 quarterback Baker Mayfield.

Rudolph finished the 2016 season with 28 touchdowns and only four interceptions. He was also second in the conference both in passing efficiency and passing yards per game. Pro Football Focus senior analyst Steve Palazzolo was complimentary about the OSU signal caller.

Rudolph can get the ball down the field in Oklahoma State’s offense, as his 1,691 yards on deep passes led all Power-5 quarterbacks, and his 125.4 passer rating on deep throws led the nation.

Rudolph’s chances could come down to Oklahoma State’s ability to run the table in the Big 12 and much like this year, it may be a late-season battle with Oklahoma that determines the conference and Rudolph’s Heisman chances.

Do you think Mason Rudolph should be a preseason Heisman candidate? Leave your opinions below in the comments!