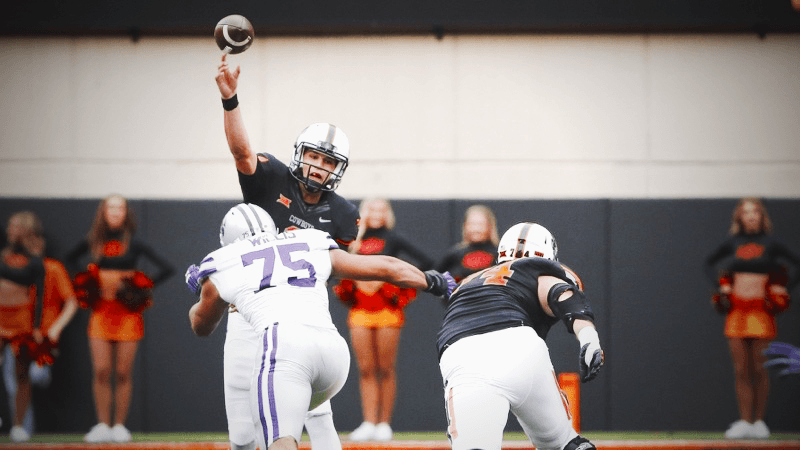 It’s still a small sample size, but small sample sizes are just part of the deal any time you’re looking at college football stats. I analyzed the stats for every game against Power Five teams in the Gundy-era to see how Rudolph stacked up against other OSU QBs.

Looking at QB Rating, Rudolph comes in second against the Gundy-era QBs. Weeden is on a different planet with his numbers; 70 percent completion percentage against the best competition is just unreal.

But for Rudolph to even be in Weeden’s neighborhood is impressive. Rudolph’s ability to throw the deep ball are apparent with the 9.0 yards/attempt figure, which leads this group — and yet he has maintained a 60 percent completion percentage, essentially tying him with Robinson and Walsh.

And, with a slate of shoot-outs on the horizon, Rudolph will get plenty of opportunities to prove he belongs among OSU’s best.