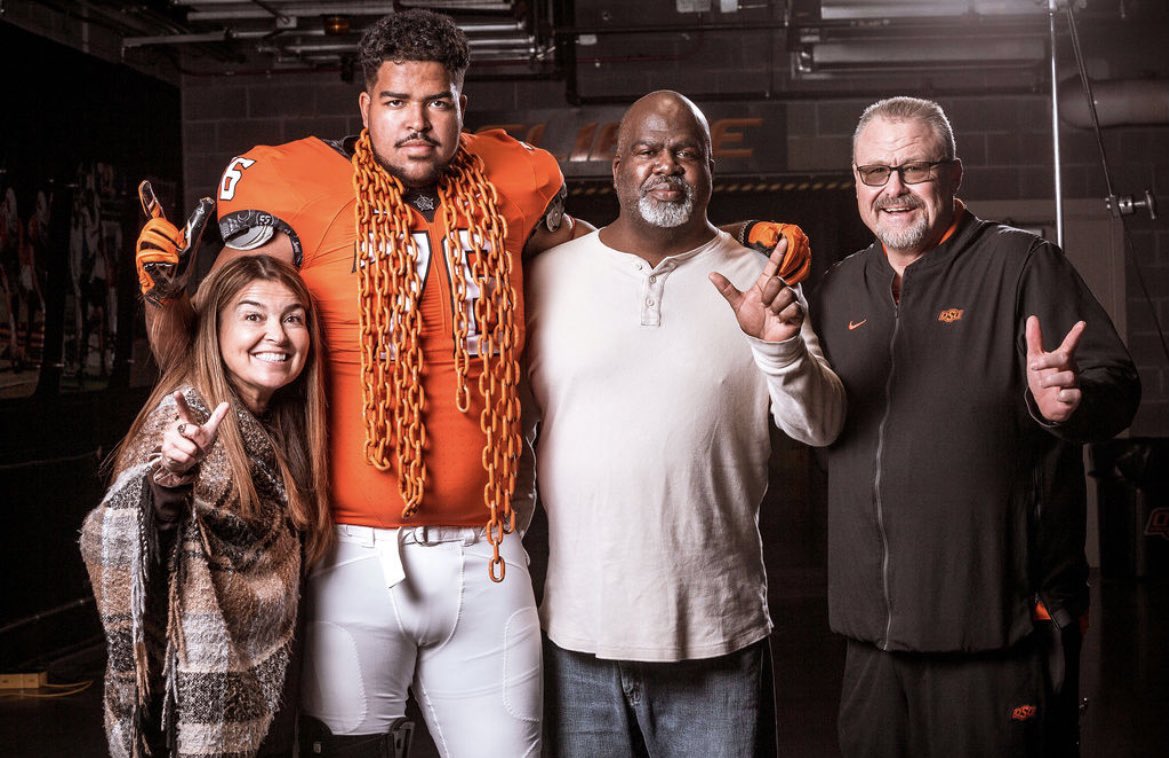 There was a towering prospect visiting Stillwater on Saturday, and now he is going to Oklahoma State.

Calvin Harvey, an offensive tackle listed at 6-foot-8, 330 pounds, committed to Oklahoma State on Tuesday, flipping his commitment from Louisiana Tech. Out of Ridge Point High School in Missouri City, Texas, Harvey is a three-star prospect and the No. 145 offensive tackle in the 2022 class.

Harvey is a former high school teammate of current Cowboy John Paul Richardson. With Harvey and Richardson on its roster last season, Ridge Point made it to the Texas 6A D1 quarterfinals. Harvey injured his MCL in the second game of his senior season, which required surgery and has put him out for the year.

Harvey becomes the 15th commit in OSU’s 2022 class. He is the third offensive line prospect to join the Pokes, along with Austin Kawecki (Frisco, Texas) and top junior college prospect Tyrone Webber.

It’s shaping up to be a solid class for the Pokes. OSU has seven committed prospects that at least one of the major outlets lists as a four-star recruit.