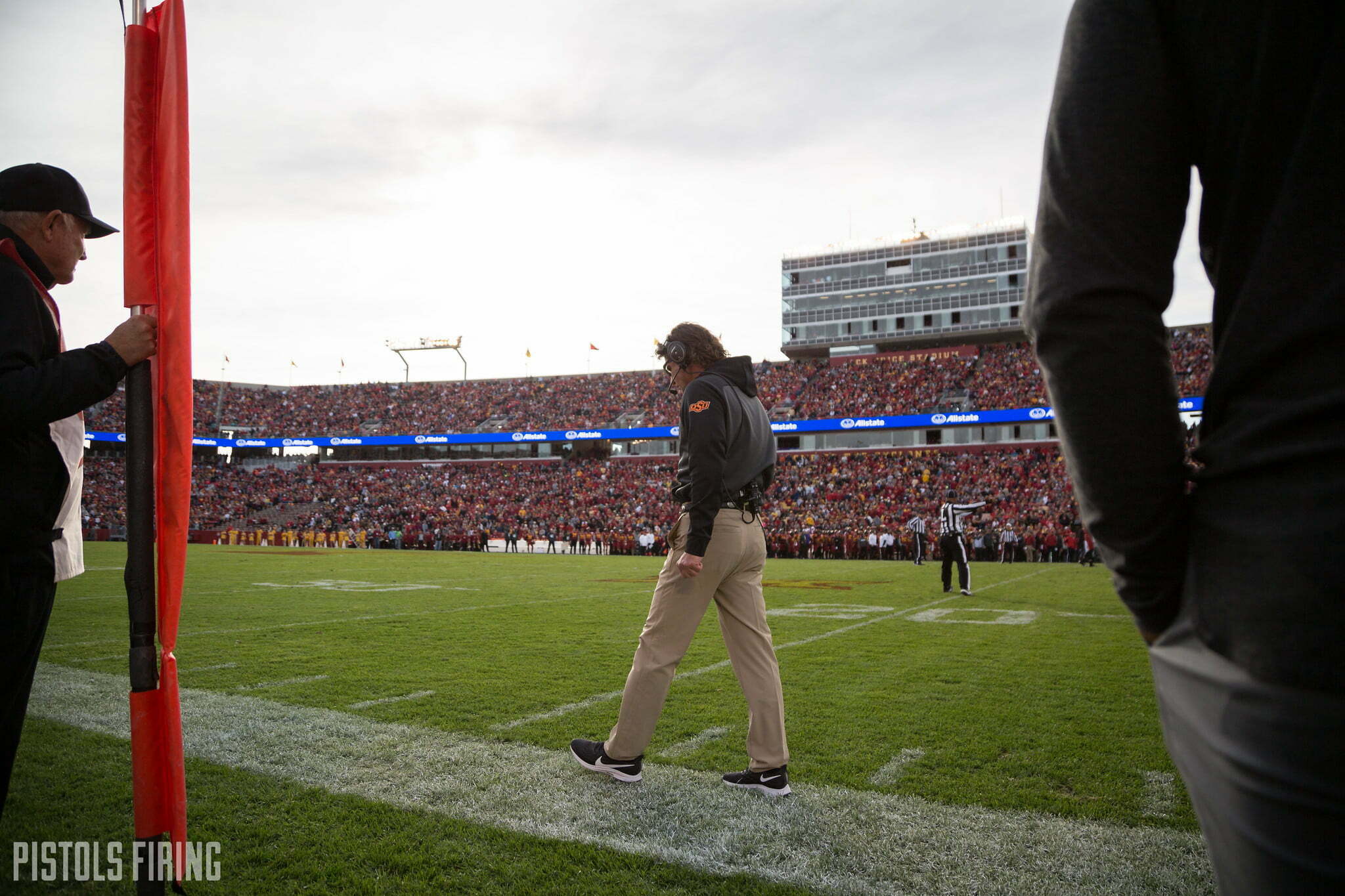 The Athletic’s Stewart Mandel and Bruce Feldman recently came out with their annual lists of the 25 best coaches in college football, and I took umbrage to one detail both of them included. Both Feldman and Mandel — two great writers and reporters, by the way — had Iowa State’s Matt Campbell ahead of Mike Gundy?

You hate to see it.

I’ll give my thoughts at the bottom, but first here’s a look at what both Feldman and Mandel said about Campbell.

25. Matt Campbell, Iowa State: It was a close call for the last spot between three Big 12 coaches: Campbell, Oklahoma State’s Mike Gundy and Kansas State’s Chris Kleiman. Campbell gets the nod despite taking a slight step back last season from consecutive 8-5 seasons to 7-6. He has still posted three consecutive winning Big 12 records in Ames — two more than Iowa State had in its first 21 seasons in the conference. Gundy has cooled off a bit, and Klieman has had just one (admittedly promising) Power 5 season. [Mandel — The Athletic]

Gundy was (obviously) not ranked in Mandel’s top 25.

16. Matt Campbell, Iowa State: The motto of “culture beats scheme” has resonated. He is the real deal. His teams play their asses off for him, and he has shown a very good eye for talent. A lot of folks thought he was crazy for taking the Iowa State job after going 36-15 at Toledo, but he’s turned the Cyclones into a big problem for opponents in the Big 12, going 23-16 the past three years. His teams are 3-2 against top 10 opponents the past three years and came within a two-point conversion at Oklahoma of being 4-1. [Feldman — The Athletic]

Feldman had Gundy at No. 21

Culture may beat scheme, but Campbell and Iowa State don’t beat anyone. His combined record at Iowa State is 26-25. Congratulations. In the same span of time, Gundy is 35-17.

You might be saying the thing that is obvious to say, which is that Campbell took over a fledgling Cyclone program, whose only tether to the upper crust of college football was those fake USC uniforms they wear.

So let’s look at Gundy’s first four years at OSU, which was not exactly in the greatest spot when he booted all of Les Miles’ players and hit the reset button. Oh, he went 27-23 and got better every year before winning nine games in Year 4. Iowa State went 7-6 last year and has been ranked in exactly zero postseason polls during Campbell’s tenure there.

It’s a fun story, and I think Campbell is a good coach, but to rank him ahead of Gundy is to ignore reality here. OSU has been better than (and beaten) Iowa State in three of the last four seasons and will be both better than and beat Iowa State again in 2020. Campbell’s trajectory is certainly pointed in the proper direction, but Gundy’s career would be a pretty great outcome for him (and anyone). Having him ranked ahead of Gundy as a college football coach in 2020 seems pretty far-fetched (at best).