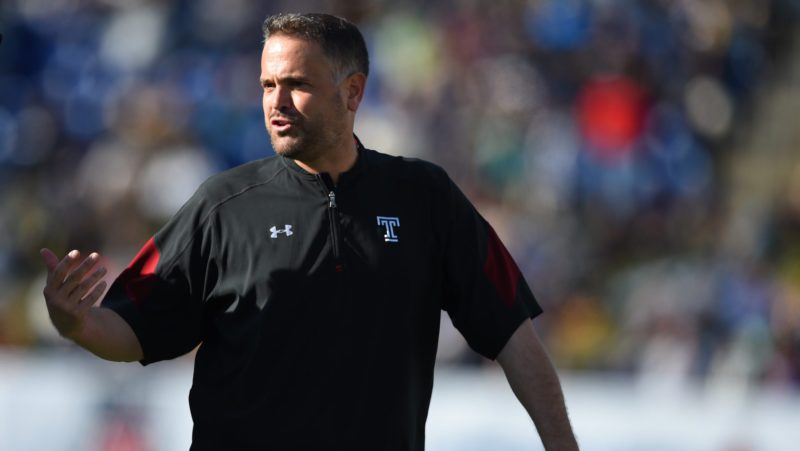 After numerous rumors swirled Monday night about meetings between Mike Gundy and representatives at Baylor, it appears that Temple’s Matt Rhule will now be Baylor’s next head coach.

OFFICIAL: We have our new Head Football Coach. Welcome to Matt Rhule and his family. #SicEm ?

As late as this morning, Mike Gundy’s former head coach at OSU, Pat Jones, reported an offer made by Baylor to the Oklahoma State head coach.

Pat Jones says Baylor has made an offer to Mike Gundy & it is significant. “When I heard the numbers I thought, ‘Woa’, you gotta listen."

OSU fans may not be out of the woods yet, as there has been talk of other schools who may be interested in Gundy, Oregon being one.

This didn’t take long, Pat Jones: "Oregon might be in this thing. Possibly has gotten involved with Mike [Gundy]. Keep your eye on Oregon."

Pat said if Baylor announced someone else that means Gundy turned them down and Oregon is upping their offer. https://t.co/mpp5sC44VX

If this drags out, it may make for an interesting media availability this Thursday, December 8 as both both Mike Gundy and Colorado head coach Mike MacIntyre are scheduled to attend the Valero Alamo Bowl Golf Classic.