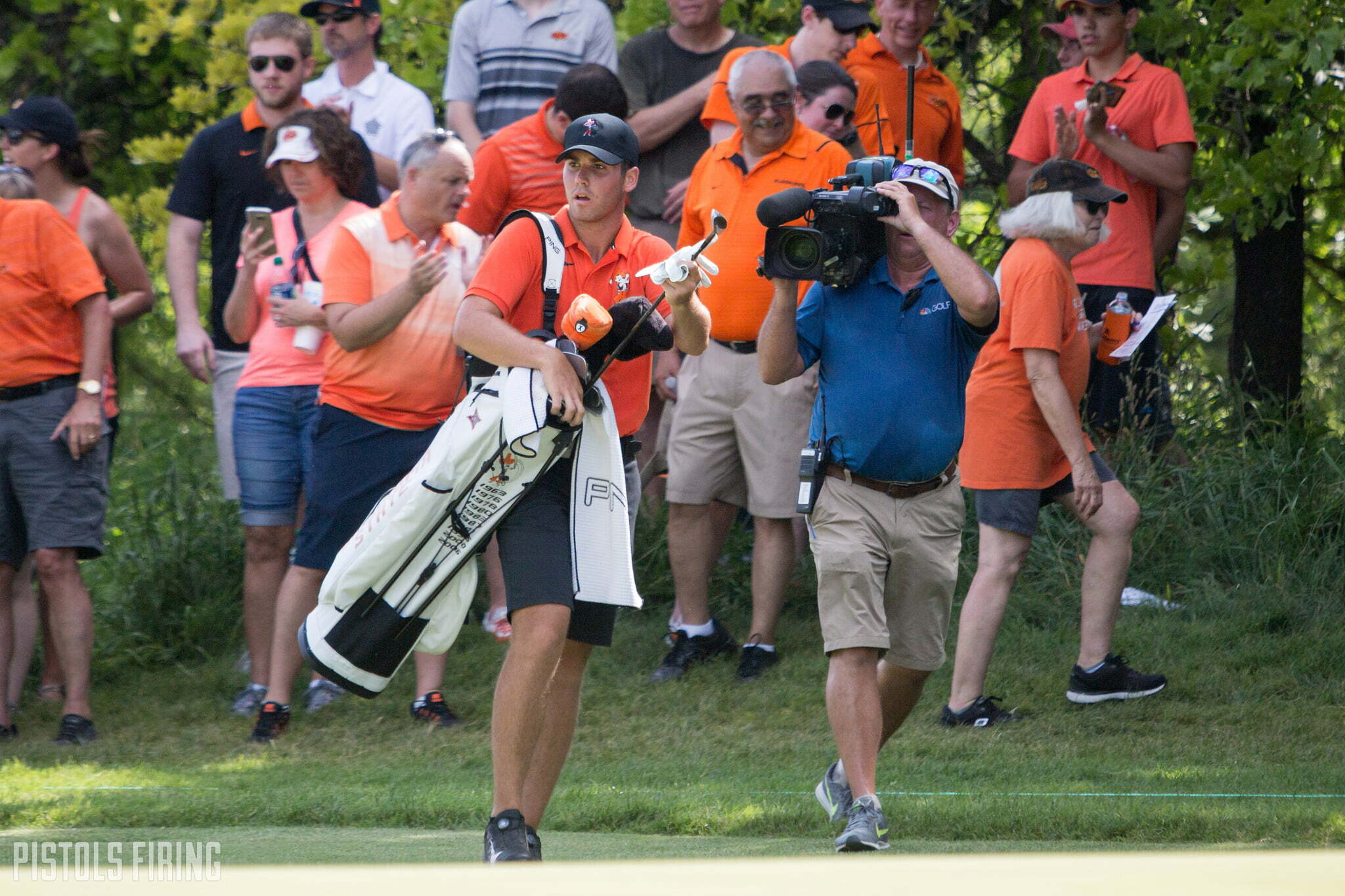 Matthew Wolff has played three tournaments so far this fall for Oklahoma State in his sophomore campaign, and … he hasn’t lost. Wolff has two outright wins and a T1 for OSU in their three stroke play events, which is, well, even in a history-rich program like OSU’s, a record.

In sifting through the record book, Scott Verplank is the only other OSU golfer to win three tournaments in any fall season, doing so as a senior in fall 1985. Michael Bradley came the closest to a perfect fall season, winning his final two starts in the fall 1986 after a T-7 in the team’s first event.

Meanwhile, Wolff is just the second golfer in program history to win individual titles in three straight events. The other was Jonathan Moore, who won the Maxwell, the NCAA Central Regional and the NCAA Championship consecutively in spring 2006. Wolff will have the chance to set the mark outright in February when they play in the Amer Ari Invitational in Hawaii. [Golf Digest]

Here are Wolff’s nine scores so far this year.

In his most recent outing — at the Royal Oaks Intercollegiate last week — Wolff tied teammate Viktor Hovland and Pepperdine’s Clay Feagler for the win as OSU won by 32 strokes as a team.

This is DeAndre Ayton coming back to Arizona for his sophomore season and averaging 40 and 15 over his first three games, one of which was on an aircraft carrier in the Pacific Ocean against Michigan State.

Wolff has superstar written on him so boldly the neon palms at Murphy’s look dim by comparison. He is currently the No. 1 golfer in Golfweek’s rankings (Hovland is No. 2 and Hayden Wood WHO WASN’T GOOD ENOUGH TO PLAY ON LAST YEAR’S TITLE TEAM is No. 10). OSU, as you might imagine is the No. 1 team in the country, and it’s not close. 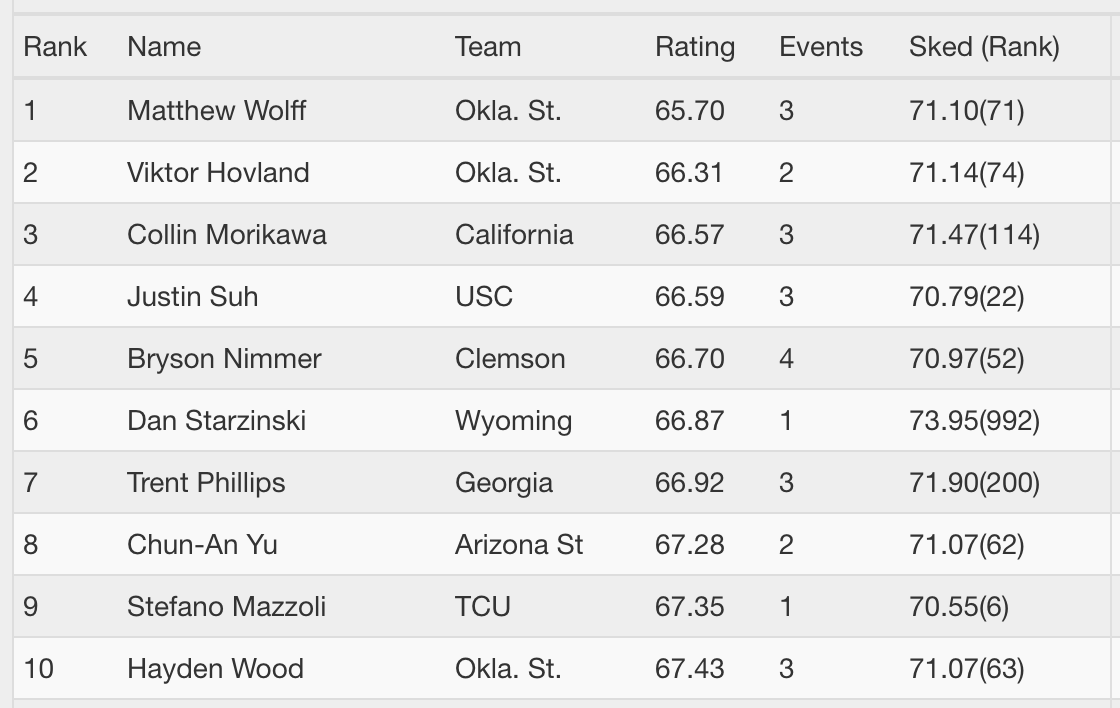 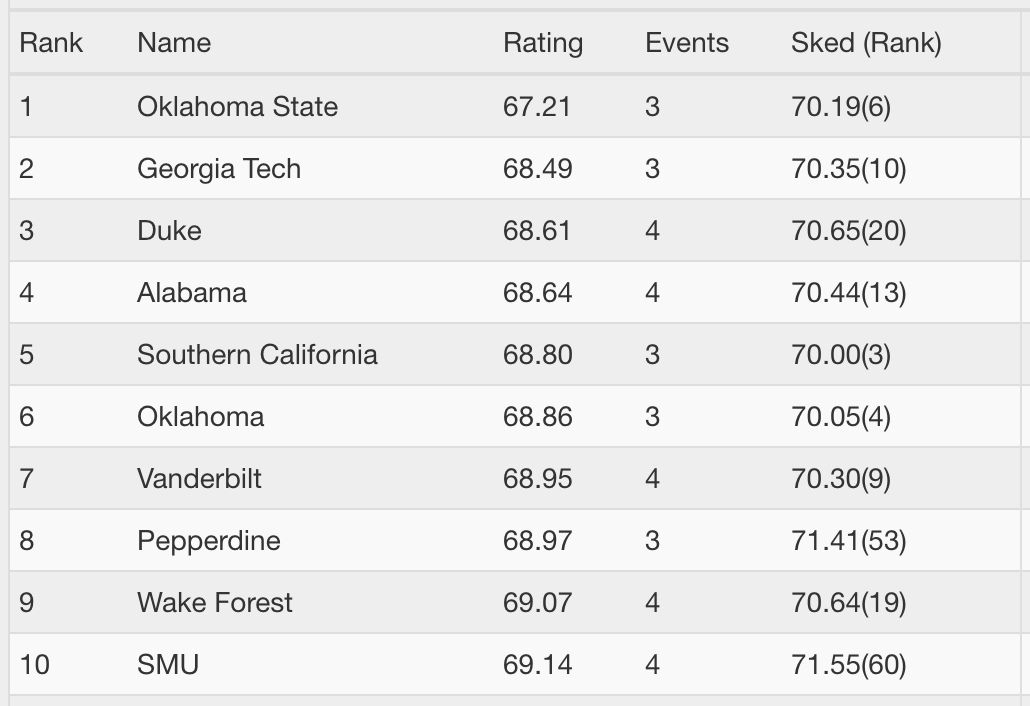 Wolff is also inching toward No. 1-ranked amateur in the world status. The WAGR take into account all amateur events and not just NCAA ones. Here’s a look at the current top 10. Remember, Wolff missed most of the summer with an injury so he’s working with far less material than everyone else. 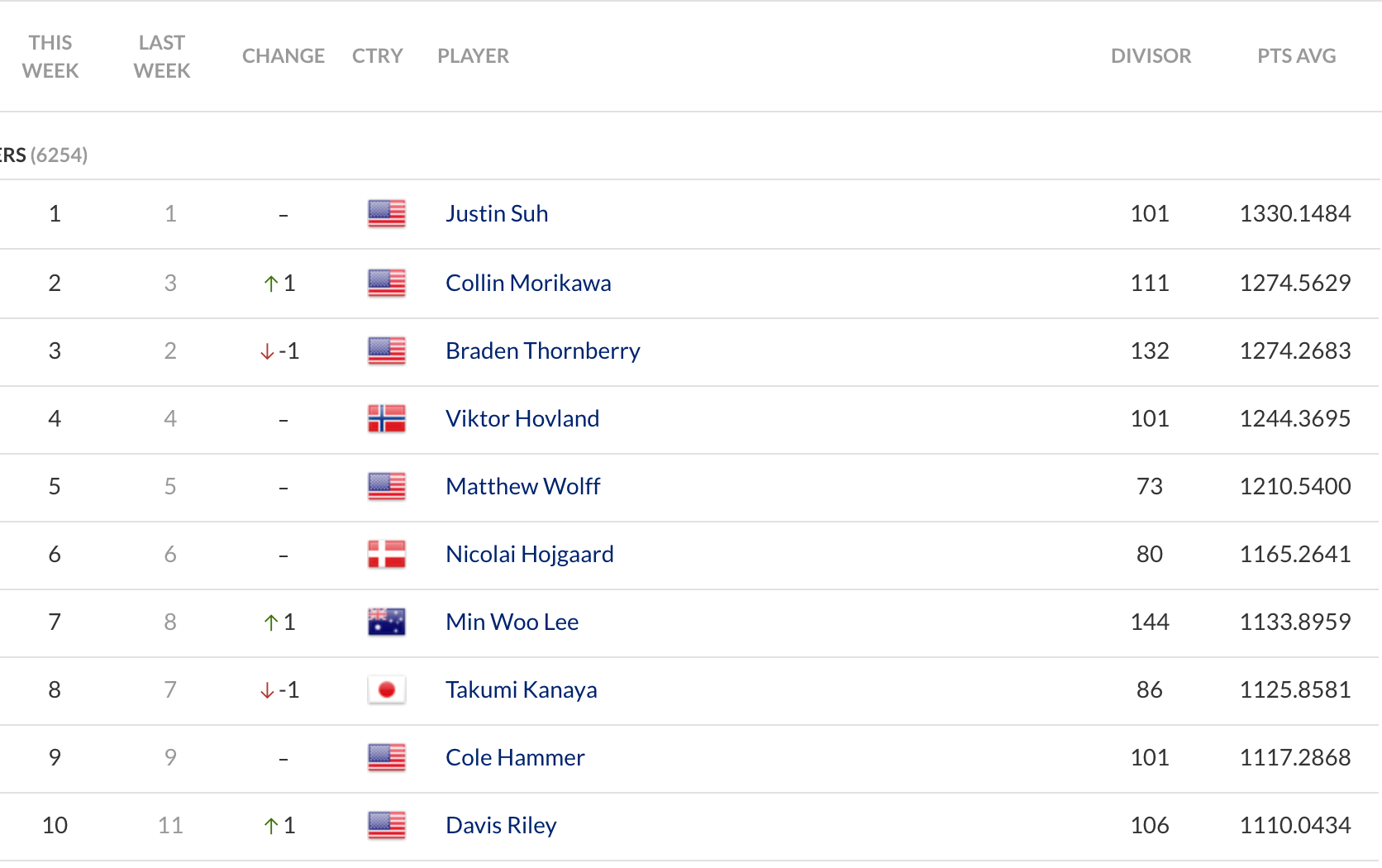 His teammate Hovland is ahead of him, and the guy he trounced in the NCAA title match last season — Davis Riley — is No. 10. College golf!

My buddies Brendan Porath (SB Nation) and Sean Martin (PGA Tour) discussed Wolff on Friday glowingly (their missing third Andy Johnson thinks Wolff is going to be one of the top-ranked pros in the world pretty soon).

“I think Matthew Wolff is one of those tasty college prospects we get fired up with this time of year,” said Porath.

“I’d like to see an event give him an exemption,” said Martin. “Maybe Torrey Pines early in the year could give him one. He hasn’t played a tour event. I’d love to see him get the chance to get a little experience.”

Stop trying to move OSU stars onto the pros, Sean! But seriously, Wolff is going to have a great career soon enough in the pro ranks. Hopefully we … gulp … get the rest of his sophomore year to enjoy in Stillwater as he aims for all the awards and to lead Oklahoma State to its second straight national championship.