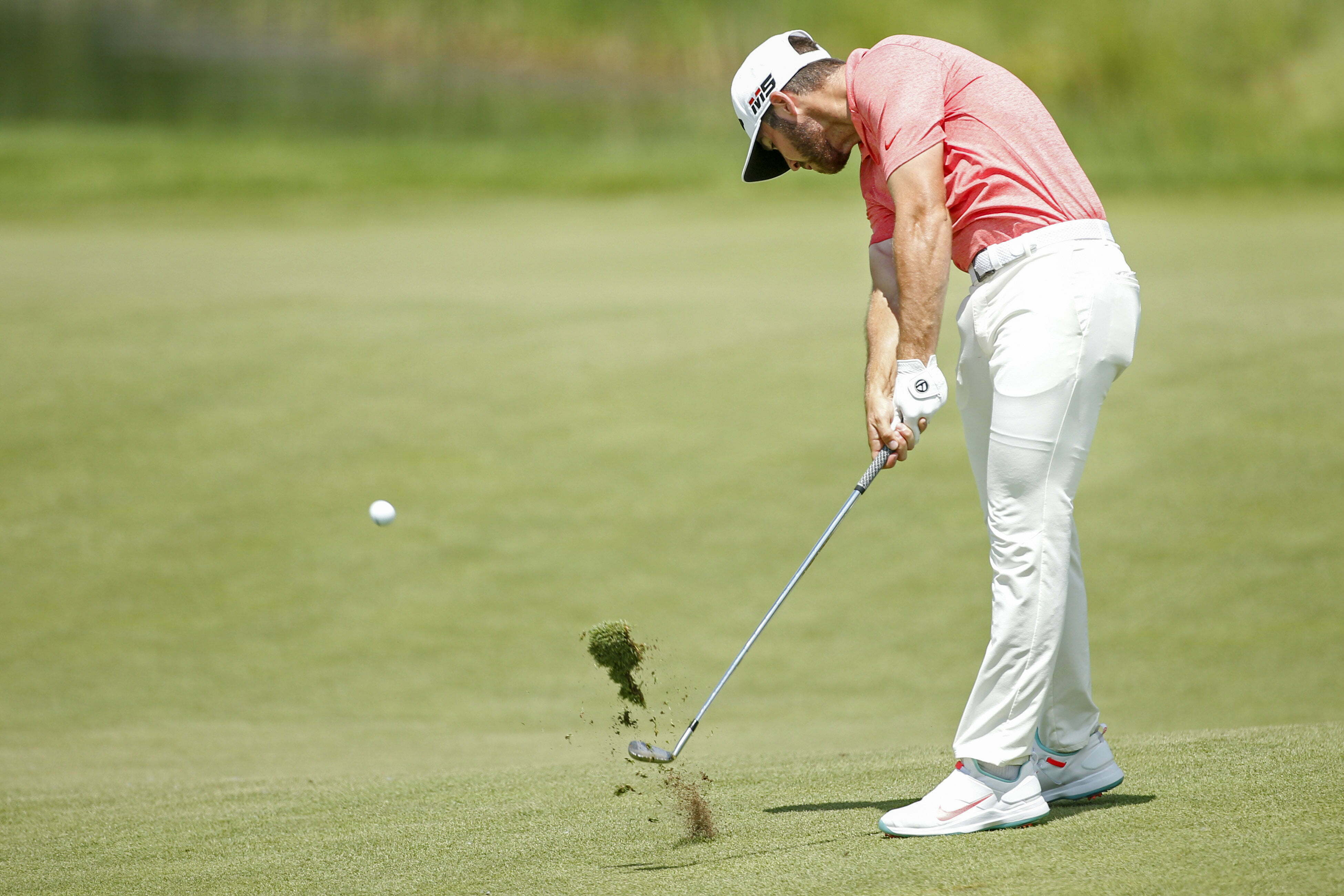 RIP my ice cold “maybe Viktor Hovland is actually better than Matthew Wolff” takes. Wolff takes a 54-hole co-lead into the final round of the 3M Open on Sunday at TPC Twin Cities following a filthy 62 on Saturday in which he made 10 birdies, one bogey and shot a 29 on the front nine of the course and nearly shot his playing partner Tom Lehman’s age (60).

On Saturday, he birdied Nos. 5-10 to rocket into contention, and he did it by gaining five strokes on the field from tee to green.

“The last couple weeks I think I’ve been a little too strategic,” said Wolff of his 62. “I got to this week with my team and I said, you know what, I’m just going to rip driver and just send it, and that’s kind of what I’ve been doing and it’s been working out.”

Wolff shares the lead at 15 under with Collin Morikawa (stud) and Bryson DeChambeau (burgeoning scientist) and will and try to touch off one of the most impressive (and improbable?) wins in recent PGA Tour history.

Not improbable because of Wolff’s talent — he’s obviously destined for something special and is in fact eighth in this field from tee to green and first in putting so far this week. Rather, improbable because, well, he’s 20 years old, and 20 year olds don’t win PGA Tour events.

1983 is the year age-related records started being kept on TOUR.

In recent years, only Spieth at the age of 19 years, 11 months when he won the 2013 John Deere Classic, would have been a younger champ. It’s heady company, for sure, but Wolff has been among heady company for most of the last few years.

Wolff has a lot at stake on Sunday beyond what would be a monster paycheck. He’s on the third of a potential seven sponsor exemptions this season and really needs a top-three finish to have a chance of earning his PGA Tour card for 2019-20. A win would (obviously) get it done as well.

And a win this early — in just his third event as a pro — would crystallize all the hype. All the “best prospect” since Tiger chatter that has been bubbling up for the last 12 months. Nobody wins in their third event of course, but Wolff isn’t like everybody else.

“I just learned that, you know, these guys are obviously really good like all the PGA Tour commercials and stuff say,” said Wolff on Saturday. “But at the end of the day I belong out here and I don’t need to change anything in my game to play with the guys out here.

I think that’s what I struggled with the first couple weeks, I was always trying to look for that little extra something. and I feel like this week I’ve really just been myself and it’s worked out.”

” … It’s a dream come true coming out here,” he added later on. “These guys are really good, and I know I’m really good, so it’s going to be fun.”