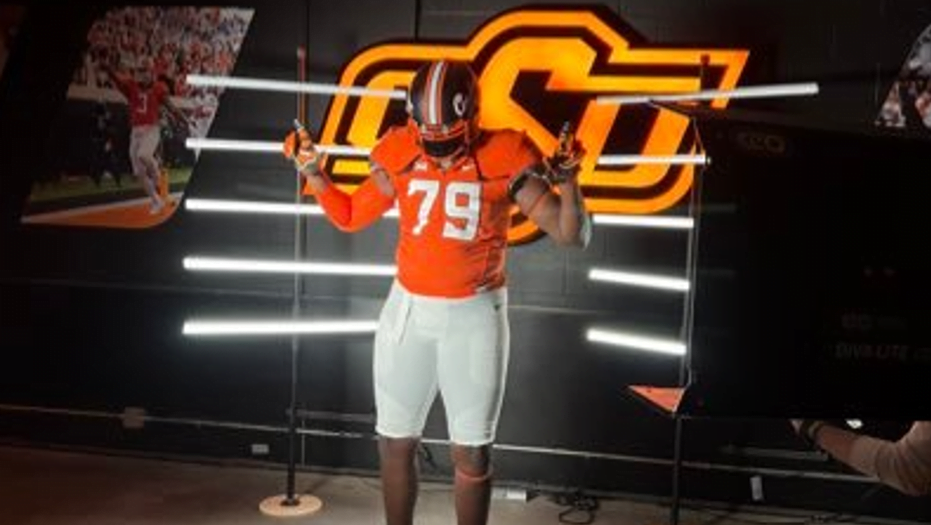 Part three of our four-part Meet the Transfer series (excluding junior college signees) continues today with a look at one of several newcomers along the offensive line: Casey Collier from USC.

Let’s dive right in on the latest addition. Before we do, though, be sure to catch up with this series with our looks at incoming RB Deondre Jackson from Texas A&M and new OL Jason Brooks from Vanderbilt.

Collier comes to OSU via USC where he spent the 2020 and 2021 seasons. He redshirted his first year, seeing action at tackle in only one game, and then followed that up with one appearance as a redshirt freshman in 2021 before entering the transfer portal earlier this year.

Rated as a three-star prospect in both the 247Sports Composite and at 247Sports, Collier garnered more than a dozen offers from across the country including from Florida State, Missouri, Minnesota, Arizona, Houston and others. 247’s Composite listed him as the No. 1,086 overall player in the 2020 class and the No. 88 prospect at tackle.

Being a Division-I football player is impressive in itself, to be clear, but it’s possible Collier isn’t even the best athlete in his own family. His sister, Charli Collier, was a center on the Texas women’s basketball team who went on to be the No. 1 pick of the 2021 WNBA Draft. His late father, Elliott, played basketball at Montana State in the late 1980s. And his mother, Ponda, played center at Southwestern University in the late 1980s.

OSU is almost certainly going to have competition at tackle this season, giving Collier a potential opportunity to seize a role as perhaps a rotational piece or even as a starter. There could be a world where Collier lines up on the opposite side of the line of 6-foot-7, 325-pound Caleb Etienne, giving the Cowboys some major size on the edges of their offensive line.