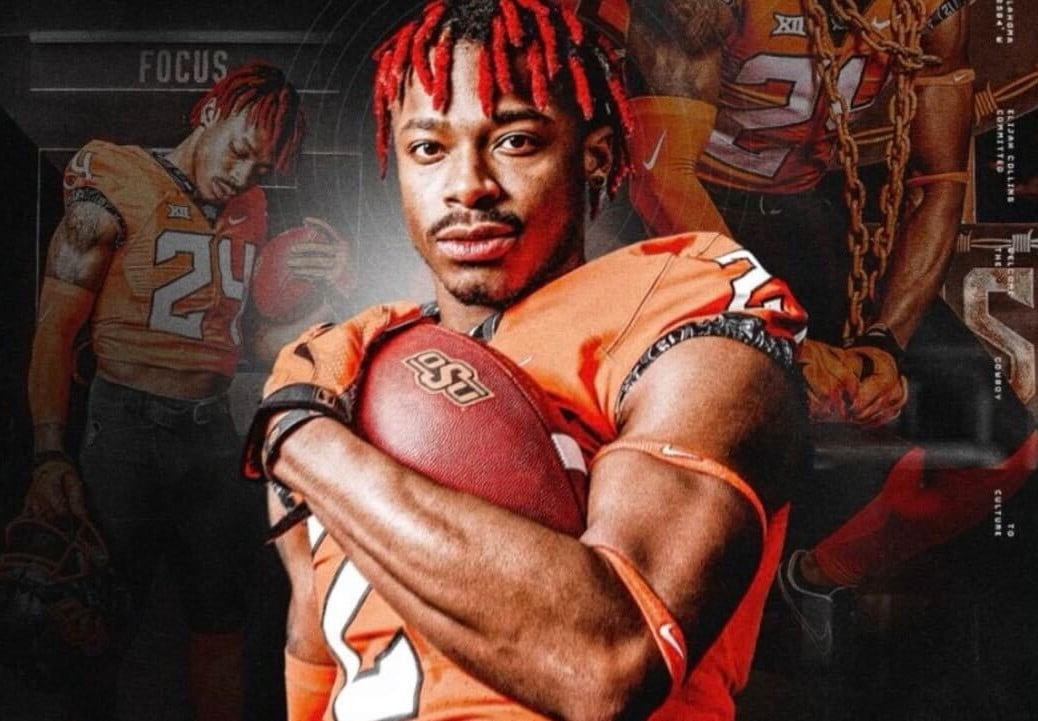 After having a transfer running back flip his commitment earlier this week, the Cowboys’ staff quickly recovered in the transfer portal.

Michigan State transfer Elijah Collins announced his commitment to Oklahoma State on Saturday evening. In five seasons with the Spartans, Collins carried the ball 353 times, running for 1,506 yards and 11 touchdowns. Collins was listed at 6-foot-1, 215 pounds on Michigan State’s 2022 roster.

Out of Detroit, Collins joined Michigan State as part of the Spartans’ 2018 recruiting class. He was a three-star prospect and also had offers to Iowa State, Iowa, Wisconsin, Mississippi State, Missouri and others.

His best season for Michigan State came as a redshirt freshman in 2019. He carried the ball 222 times that season, running for 988 yards and five touchdowns. More recently, Collins had 70 carries in 2022, running for 318 yards and a touchdown.

Collins commits to Oklahoma State a day after former Western Michigan running back Sean Tyler flipped his commitment from OSU to Minnesota.

As things stand, Collins is the only running back in the Cowboys’ 2023 class (high school or transfer). He joins a running back room that includes Ollie Gordon, Deondre Jackson and Jaden Nixon.