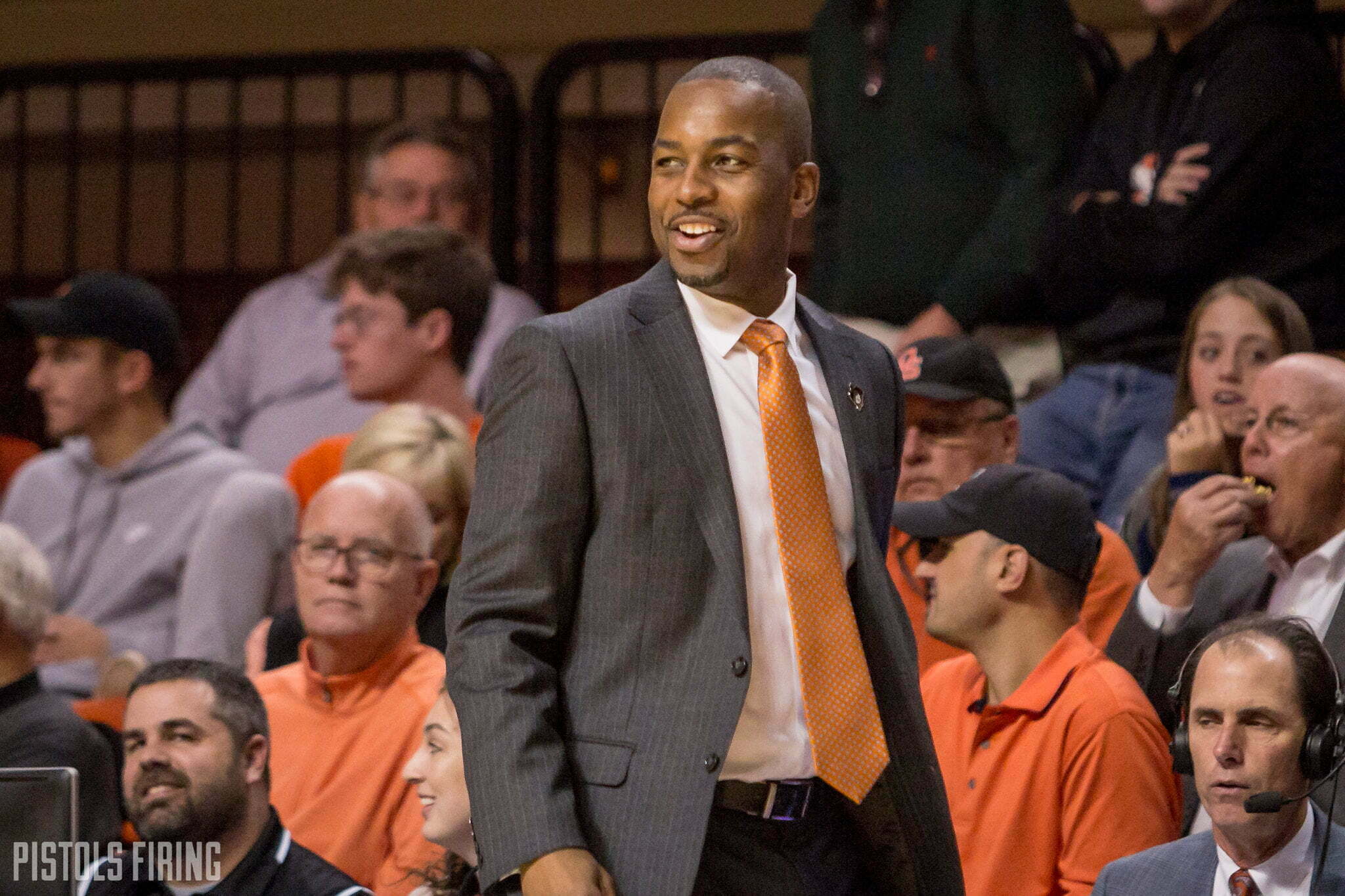 On Thursday, Mike Boynton was featuered on Doug Gottlieb’s All Ball Podcast talking about his early life in Brooklyn, his playing career and his coaching career, going in-depth in every step of the way.

The interview is full of all kinds of good nuggets like the fact that Boynton told his wife that Stephen F. Austin was located in Austin (!) when he was offered a job by Brad Underwood, and that he didn’t even get the opportunity to break the news to her when he got the head gig at OSU. Also he reveals the prospect that got away and what radical change he would make to basketball.

Here are a few interesting excerpts relating specifically to Oklahoma State that I wanted to highlight.

First, when talking about South Carolina, Boynton’s alma mater where he spent five years on staff, Gottlieb and Boynton discussed some of the challenges that program faces, and drew a similarity to where Oklahoma State was when he took over.

Earlier in the interview, Boynton had talked about the winning culture that he, as a part of Underwood’s staff, had inherited when they arrived at SFA. Gottlieb asked how that compared to what was going on in Stillwater in the wake of the Travis Ford era, when they arrived Stillwater. What he said was pretty interesting.

“It was almost a polar opposite in terms of guys being brought into winning and caring about work and how to have success, buying in,” said Boynton. “It was really, really challenging. Probably the hardest transition that I’ve experienced in college basketball.”

Doug asked him how long it took to rn things around that first season under Underwood.

“I’m not sure, if I’m being honest, that it ever really worked as much as we had enough talent to figure out how to win some games,” said Boynton. “Because we changed. We didn’t change it. We changed, we changed a lot. We changed how we operated, how we played. So I don’t know if we really, from a long-term standpoint, did anything that year that really put us in position to have success long-term.”

This on how he found out Underwood was headed to Illinois was crazy. His head was left spinning just as fast as ours were.

“I was literally in my car with my wife the day after the season in Oklahoma City and I was starting to get these texts and calls from these national media guys,” said Boynton. “I didn’t know why. And then earlier in the day I had gotten a text message that we were going to have a meeting, which was strange because the season had just ended the day before. We’re on spring break so none of the players are here. …

“I found out when I went to Twitter, not long after I started getting those calls from the Jeff Goodmans and Matt Norlanders of the world. I saw that the rumors were and ultimately that they were true.”

By the way, what a juxtaposition. The former OSU fan favorite asks his competitor, the unknown candidate, about the process of getting hired. To his credit, Doug was great in the interview, showing emotion and reflecting about on feelings at the time in a genuine, yet light-hearted way. Here’s Boynton again.

“I never thought about being the head coach at Oklahoma State. Like it never even crossed my mind when it was open. The first thing I thought was ‘I’m in Oklahoma City and I need to get back to Stillwater to figure out when Brad’s leaving and if I need to get ready to get on a plane with him and move to Champaign.’

“Because I wasn’t there, I didn’t have an opportunity to be at the meeting when he told everyone and the athletic director, Mike Holder, was there and so I didn’t have a chance to talk to him either.”

Now Boynton explains how he was approached by Holder about the job, in one of the most Mike Holder stories ever.

“So I’m in the office. This was a Saturday that this all happens, so the next day I see Mike Holder in the weight room and he just says ‘Hey when you’re done, come up and talk.’ I’m thinking this goes back to my South Carolina days. He just wants his keys and his car back. He kinda goes on asks me stuff about what I think about the program and asks if I think I can do the job, and totally caught me off guard.

“Not too much off guard that I didn’t say ‘Yes, I think I can do the job’ but caught me off guard that that was the question. That was a Tuesday or Monday or whatever it was, and by Friday I was named the head coach at Oklahoma State.”

Boynton and Gottlieb got into much more in the interview that lasts the better part of two hours, including what went wrong last season, the experience of going through the FBI investigation and what’s next for OSU.