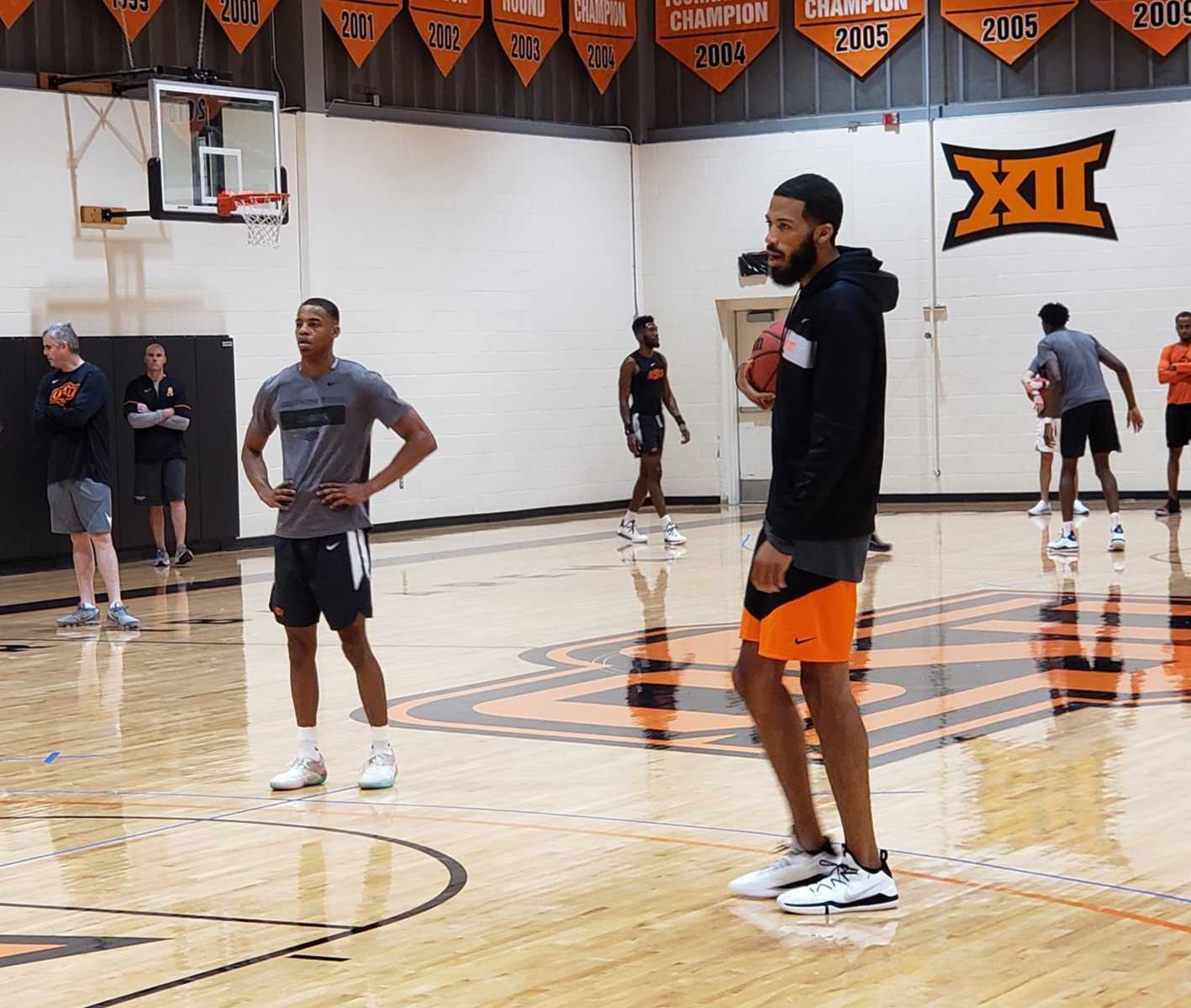 STILLWATER — Mike Boynton hiring 26-year-old Cannen Cunningham as an assistant coach a few weeks ago started a lot of conversations.

Most of which start and end with Cunningham’s younger brother, Cade, who happens to be the second-ranked player in the 2020 class. Many thought Cade was leaning toward OSU before the hire, but after Cannen was hired, basketball recruiting Twitter was set ablaze with assumptions that Cannen going to Stillwater meant Cade was, too. Cade has refuted these claims to this point and has said that his recruitment is still open despite his brother being on OSU’s staff.

Some say Boynton’s hire was genius in trying to lock up the 6-foot-7 point guard, and others might question if the young assistant coach was deserving of the honor at a high major school after being Tulane’s director of video operations a year ago. Those concerns are similar to the ones when another young coach got hired.

At the time Mike Holder hired Boynton, he was one of the youngest head coaches in college basketball. It hasn’t worked out in NCAA Tournament appearances yet, but one could argue Boynton has the program in as promising a spot it has been in since the Marcus Smart days.

“I don’t really think about age,” Boynton said Wednesday. “It would kinda be hypocritical of me to question somebody’s age doing this job. (Cunningham is) really, really good at his job. He’s really smart. He’s well connected in an area that’s really important to us, has been for the history of the duration of our program. DFW, some of the players, you go through the lists and think about the guys who’ve played here on the best teams we’ve had, there’s been at least one, two, sometimes three or four guys that have been from that area.

“Having an opportunity to have a young guy, who we expect to be around for a long time to help us build this program who also knows the game and can help our guys get better, is really, really important for us.”

Cunningham getting hired also moved coaching veteran John Cooper to a new role of special assistant to the head coach. With the role, his practice duties shrink, and he isn’t on the road recruiting anymore. It’s a similar position to the one Sean Sutton mans at Texas Tech, a team that dethroned Kansas in the Big 12 and made it to the NCAA National Championship game this past season.

Cooper had more than 100 wins as a Division I head coach before joining Boynton’s staff before the 2017-18 season. Boynton and Cooper’s relationship dates to Boynton’s days as a high school player in Brooklyn. Boynton said keeping Cooper on staff was a crucial part of the coaching shuffle.

“That was the most important part of the deal is finding a way to keep a guy who I have as much respect for as anybody around to help me,” Boynton said. “I’m still learning this coaching thing in a lot of ways. Coach Cooper, who I’ve known since I was 17 years old, is somebody I trust completely. I would leave my children with him and not think about it.

“There are no blurred lines. (Cooper) adds great value to our staff. He’s somebody that’s going to be an integral part of how we move forward in terms of game preparation. On campus, he’s a guy who can get along with anybody. When families come on campus, he’s certainly somebody who will be helping us close the deal on recruits, too.”

Boynton said Cunningham has gained respect from the players quick because of his time as a player at SMU. Boynton also said his young assistant “works his tail off.”

The Dallas-Fort Worth Area is undoubtedly a hot bed for OSU basketball, whether it be Cade Cunningham or otherwise. Five players on OSU’s 2019 roster are from the area, as are three of the seven OSU players who were selected in the NBA Draft since 2000.

“He’s an easy-going guy,” Boynton said. “He’s not coming in here trying to turn tables over and say he’s in charge of anything because he still has to learn. He knows that. But he’s young. He’s got great energy. He knows what a good player looks like, he was one himself. He knows how to help develop players, and he has an eye for talent and can relate to people.

“I’m eager to see his impact on our program in the long term. I know there’s a perception about the short term, but I’m talking long term. I think he’s going to be a terrific coach.”