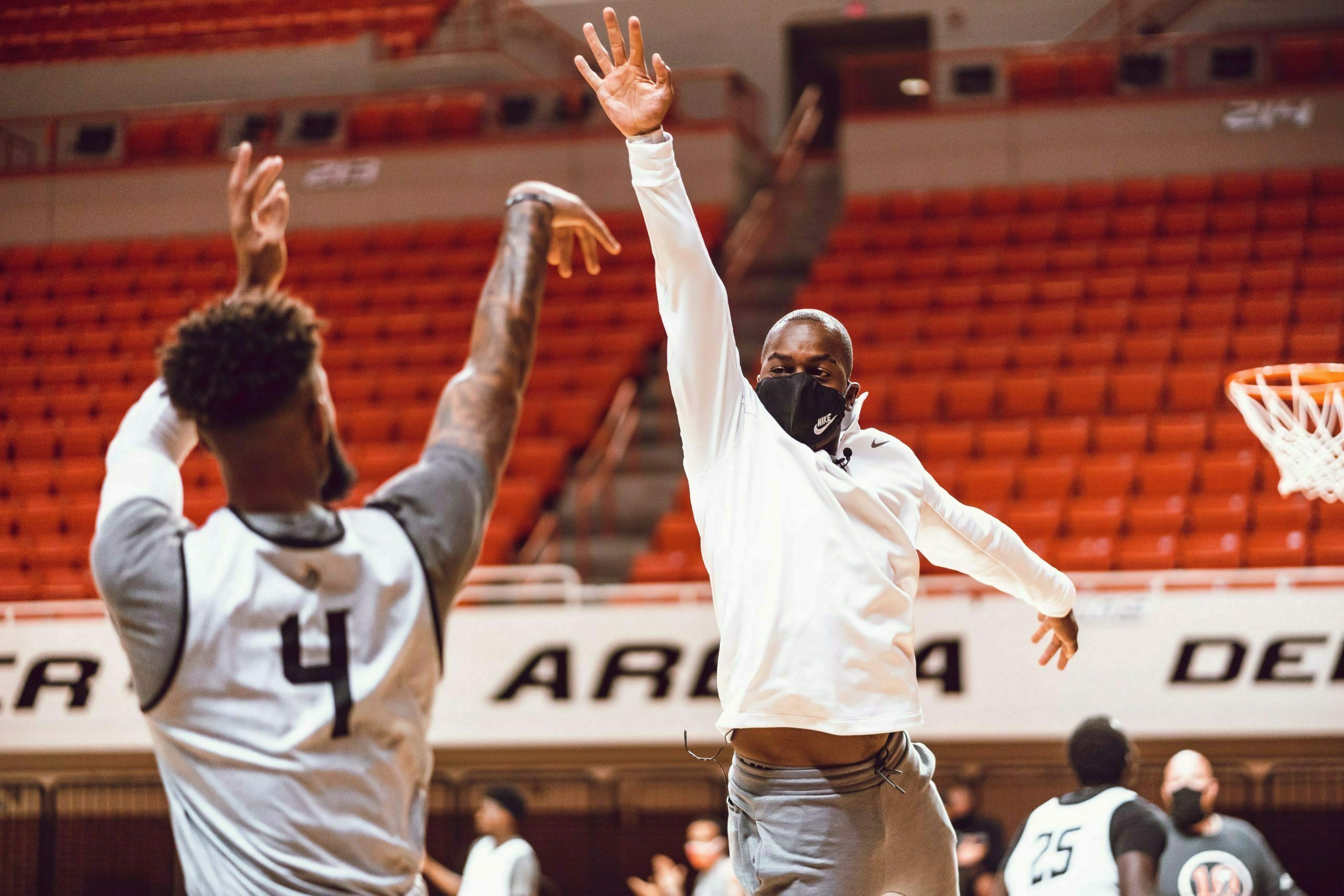 Mike Boynton said he isn’t sure the Cowboys will sign many, if any, 2021 prospects in the early signing period.

High-level recruiting has been a staple of Boynton’s tenure at Oklahoma State thus far. In last year’s early period, the Cowboys signed Cade Cunningham (the No. 1 recruit in the 2020 class) and Rondel Walker (the No. 95 player in the class).

This year, OSU is one of only two Big 12 teams without a 2021 commit. The COVID-19 pandemic has shutdown in-person recruiting all summer. The AAU season is usually a pivotal portion of the year for basketball recruiting, and Wednesday, Boynton discussed the difficulties he sees when recruiting from afar.

“I’m really aggressive recruiting, personally,” Boynton said. “Losing out on the opportunity to be out and meet people and evaluate guys face to face, it’s really challenged me in two ways. One, on whether I was gonna be willing to change my approach, and I haven’t convinced myself that that’s good for me yet.

“The other part of it is not to get impatient and not panic because there’s a lot of good players, certainly, around the country but everywhere. So you don’t want to get into a situation where you panic and you make a mistake because it’s one thing to miss out on a good player. That really doesn’t hurt you as much as people think. What hurts you much more is taking a player who is not necessarily good enough, especially if it’s a younger guy and now you got him in your program. Not that every kid has gotta be the best, but you don’t wanna have scholarships used up on guys who can’t translate to what you’re doing.”

Patience and finding the “right guys” were topics Boynton discussed heavily when talking about the 2021 class. Boynton said there are plenty of talented players out there, but that fit is as important as talent. Not being able to be nearly as hands on as he usually is has made it hard to make for certain that a prospect is right fit.

OSU has offered players and made top lists for certain guys, but the trigger hasn’t been pulled yet. Right now, Edmond Memorial guard Sean Pedulla seems the most likely addition to the Cowboys’ class since his offer in early September.

Pedulla is a guy who was able to climb the rankings despite the major AAU circuits being shut down this summer. Prospects haven’t been nearly as centralized at events as they have in recent summers with the shutdowns of the Nike and Adidas circuits.

“You can be fooled,” Boynton said. “A highlight tape can give you things that don’t translate to success in a college basketball game. I just think it’s about being as thorough as you can. I think that’s gonna be the thing that exposes, how thorough people are as they go through this process.