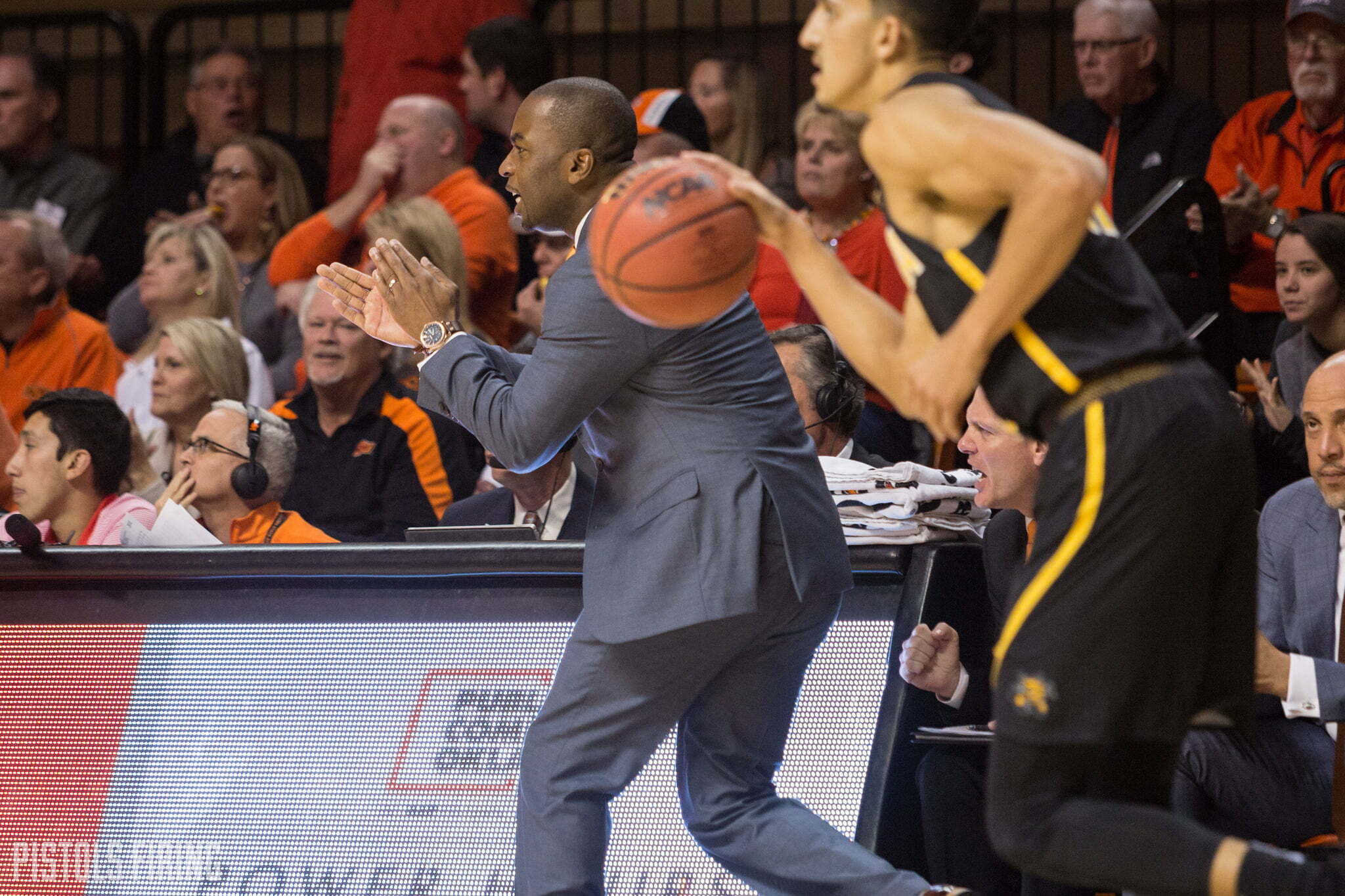 Mike Boynton’s tenure in Stillwater is just getting started and it’s way too early to form any type of verdict on him as a coach. But the general consensus, just from reading comments on the blog and trying to keep up with social media, is that most OSU fans are pretty supportive of the rookie head coach.

I’m of the same ilk, plus stuff like this and this makes him easy to root for. We talked previously about how tough of a spot Boynton was in before he coached his first game or held his first practice.

Now that we’ve seen him in action, let’s take a look at Boynton’s on-court results roughly halfway through his inaugural season, compared to his two predecessors.

Boynton’s team has played a much stronger schedule through 15 games than either Underwood’s or Ford’s. He’s faced more top 25 opponents than the other two combined and still has more wins in that category (1), against a tough Florida State team that’s currently at No. 23.

His scoring margin is not as high as Underwood’s was at this point, but think about what Boynton has to work with. Underwood inherited Jawun Evans, Phil Forte and Jeffrey Carroll from Travis Ford.

Ford got to start off with some dudes that Sean Sutton brought in like James Anderson, Byron Eaton, Terrel Harris and even Obi Muonelo. All four averaged in the double digits in Ford’s first year.

Boynton inherited one double-digit scorer, Carroll, who wasn’t available to start the year, and then dismissed one of his better returning players Davon Dillard and what looked to be a promising prospect in Zack Dawson. (Kendall Smith averaged 16.7 points at Cal State Northridge last season, but Boynton brought him in after taking over.)

So the sample size is small and Boynton’s crew will be facing an uphill to finish above .500 the rest of the way. But so far the rookie head man has won the games he was supposed to. If the team can continue that trend — and steal a couple in league play along the way — I don’t know how anyone could call that a disappointing first year.