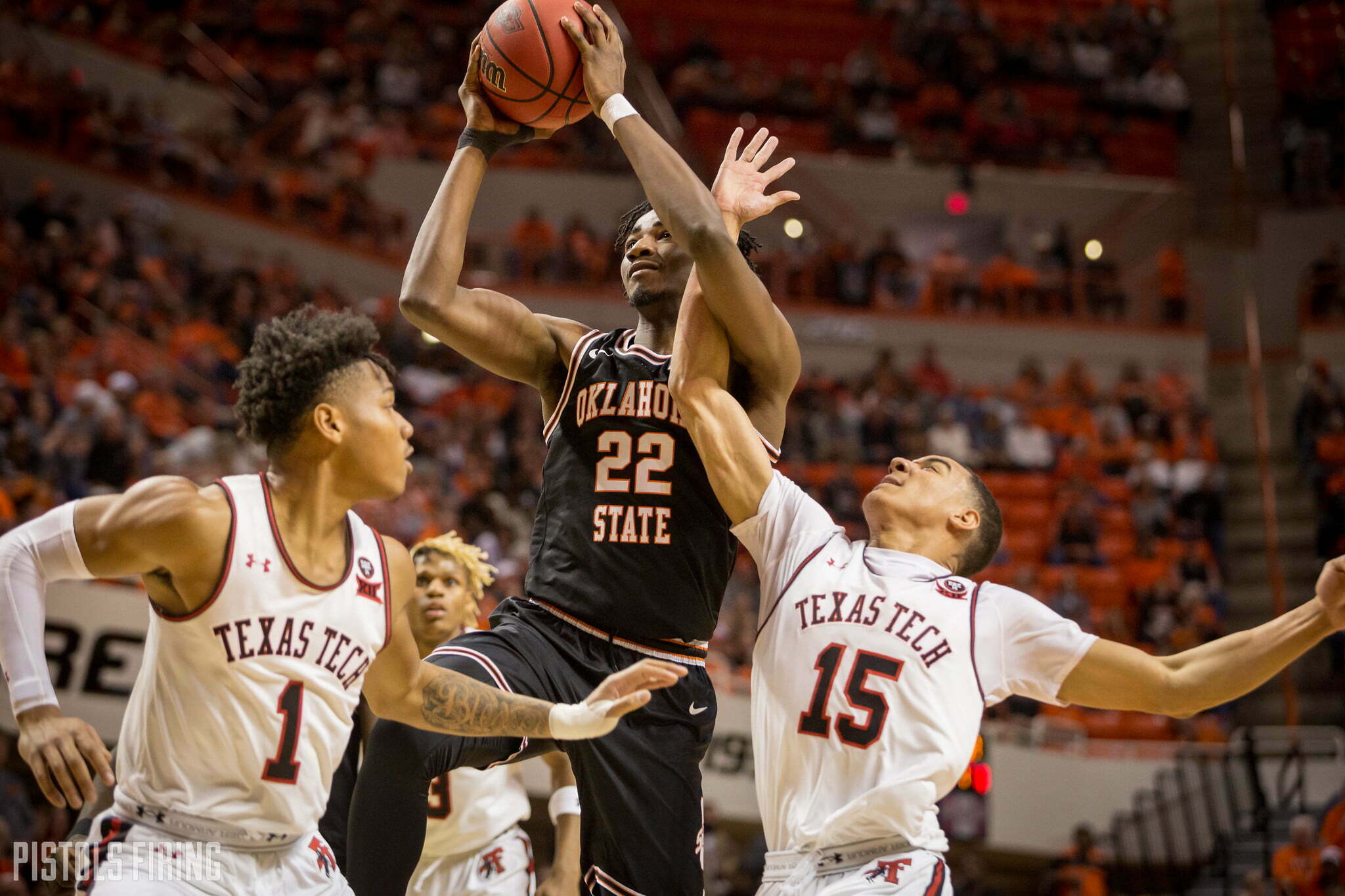 One interesting part of OSU’s current little Big 12 surge has been the emergence of freshman Kalib Boone. If you’ve been watching, there have been flashes all season, but you could argue that two of his three best games have come in the last 10 days.

Against Baylor, in a heartbreaking loss two weekends ago, he had 10 points, five boards and a block in just 13 minutes. Then six points and three boards in 12 minutes against Kansas State in a win. And on Saturday against Tech, he was the KenPom MVP with 16 points, four boards, an assist, a steal and three blocks. All in just 20 minutes.

When Boone is in, things just … seem to happen. Maybe that’s a coincidence, maybe not. But it appears that he’s on the trajectory of somebody who’s going to have a long, good career in Stillwater. A piece, some might call him (raises hand).

“He’s pretty natural, especially inside,” said his coach Mike Boynton after Saturday’s game. “He’s got good hands. He’s got pretty good feet, and he’s pretty quick. Even though we talk about his weight all of the time, he uses it to his advantage because he can outrun people.

“He’s had his best practices consistently over the last week and a half or so, and it has translated into games.”

“What we have to do now, is get him to be mature enough now to not be satisfied with playing well. There is another level he can get to, I believe, and hopefully we can get him there before the end of the season.”

This is big-time stuff, and not just for this season. If Boone can be a 15-8 guy with a handful of blocks as a rim protector, that’s a legitimate building block for 2021 and 2022. His per-40 numbers in Big 12 play right now are eye-opening …

And his emergence has coincided with Boynton’s insistence on eschewing bombs for pounding the rock inside.

“We had seven [3-point] attempts [at halftime], and we told them that was one short of what we shot for the whole game in Manhattan,” said Boynton.

“We don’t want to get back to where we are shooting 20 threes. We need to continue to attack. We thought we could get to the offensive glass. [TJ] Holyfield being in foul trouble helped because then they played a lot of small guys. Our guys took advantage of it and got second-chance opportunities, and we got ourselves to the free-throw line and made them.”

Boone headed that up as he made 12 of his 14 free throw attempts (more than half of his entire makes on the season!) on Saturday. This is the natural path for a true freshman of Boone’s caliber. He came in as a top 150 guy, the No. 1 player from the state of Oklahoma. You need more Kalib Boones for what you’re trying to accomplish.

It could go any direction from here, too. Maybe he falls off, maybe he makes another leap this year and a big one in Year 2. Regardless, it’s become clear that if Oklahoma State wants to keep moving forward and become great in 2021, that No. 22 is going to have to play a big role.