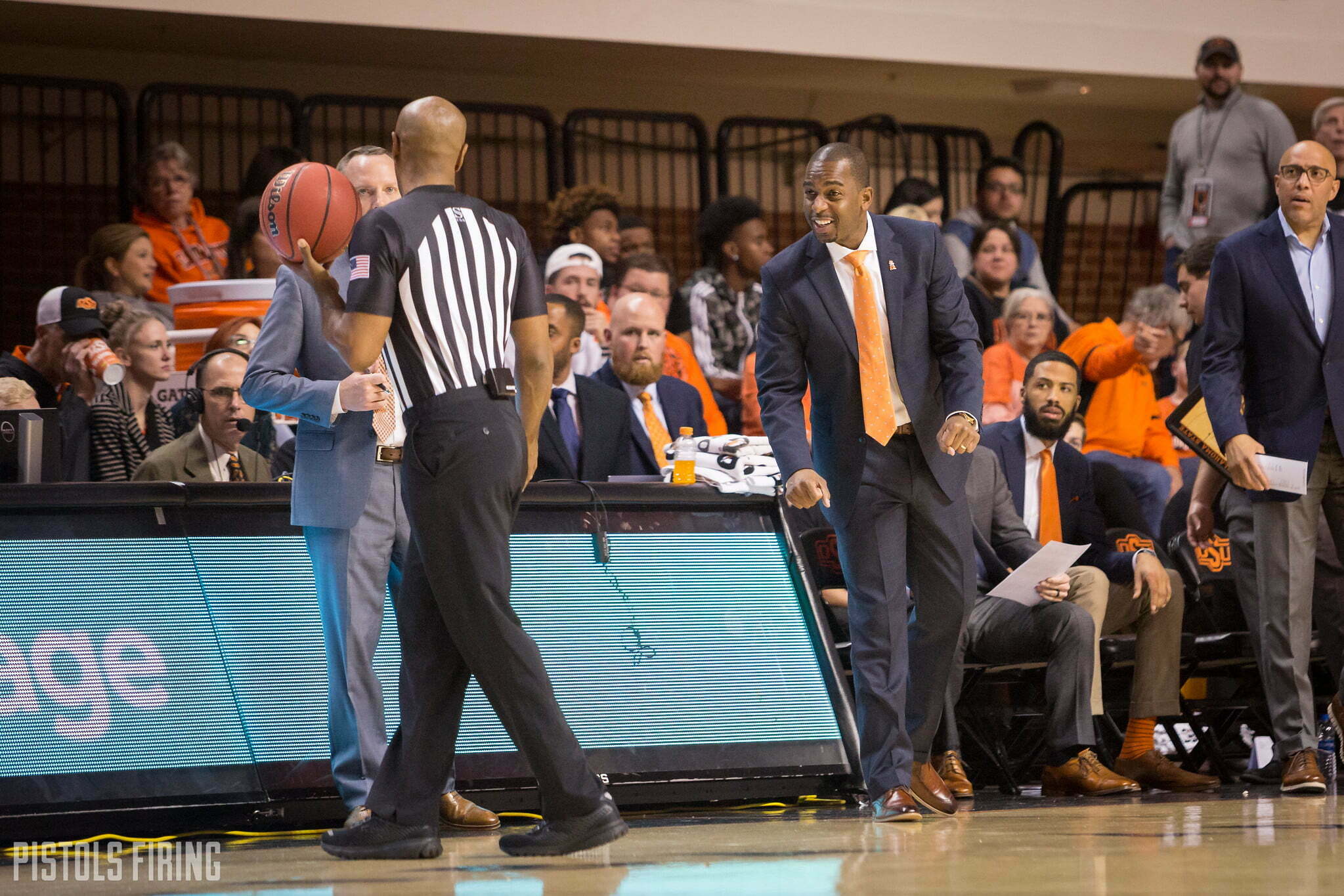 Mike Boynton’s 2019-20 basketball team had players from Oklahoma, Texas, Florida, Kansas and even The Netherlands coming together for the common goal of being successful on the court.

In a media teleconference Monday to discuss the recommitment of his upcoming team, namely Cade Cunningham, Boynton was also asked questions beyond basketball given the country’s current events that have even made their way to Oklahoma State’s campus.

With athletes, such as OSU running back Chuba Hubbard, using their platform to speak out on social matters, there has been push back from some asking said athletes to “stick to sports.” It’s push back that Boynton said he doesn’t agree with

“I look at this as so much more important than just sports,” Boynton said. “I’m always bothered when people say the words, ‘stick to sports’ because I think it’s actually quite the opposite.

“Sports really are one of the few places where a lot of biases, almost necessarily, have to be put behind us because those guys have to come together from different parts of the country and different upbringings and figure out how to have success. We should be looking inward and trying to figure out what is it that teams do that work. And then branch out to the rest of society and figure out how we do this in banks and how we do this in engineering firms and different places like that.”

It’s a solid point that if a team mixed with races and social classes can come together for a common good, that might be able to help the “real world” with its issues.

Boynton said he supports his guys using their platform, but he also encourages them to understand that whatever they say won’t always be cheered on from all sides of OSU’s fan base.

“If we would just allow it to not feel personal, then we really have a chance to help each other and get to a common place. Our challenge quite honestly is, most of the time people in power are resistant to change. You gotta relinquish some of that in order to get something else on the back end, and what I see is, at least right now partly because the shutdowns, there’s a lot more energy behind this because no one is doing anything else. I hope these conversations continue to happen as people do get back to their normal lives so that we can really make significant change long term.”

Boynton said the strides Martin Luther King Jr., Rosa Parks and Harriet Tubman made for African-Americans is a big reason why he, as a Black man, is able to coach a college basketball team in Oklahoma in present day. Boynton added that his job is to have a similar impact on the lives of his children and his grandchildren.

“I don’t know how many people would’ve wanted to hear from me on April 1, 2017, but I think fast forward three years later, I would have an opportunity to maybe speak to some of those same people and they accept the things I say a little bit better than they would have then,” Boynton said. “You can’t change all the people immediately, but I think you just stick to it. You try to be as genuine and authentic as you can in that process, knowing that not everybody’s gonna get on board. That’s just the fact of the matter. You can’t dwell on them, you just try to bring one more each day.”