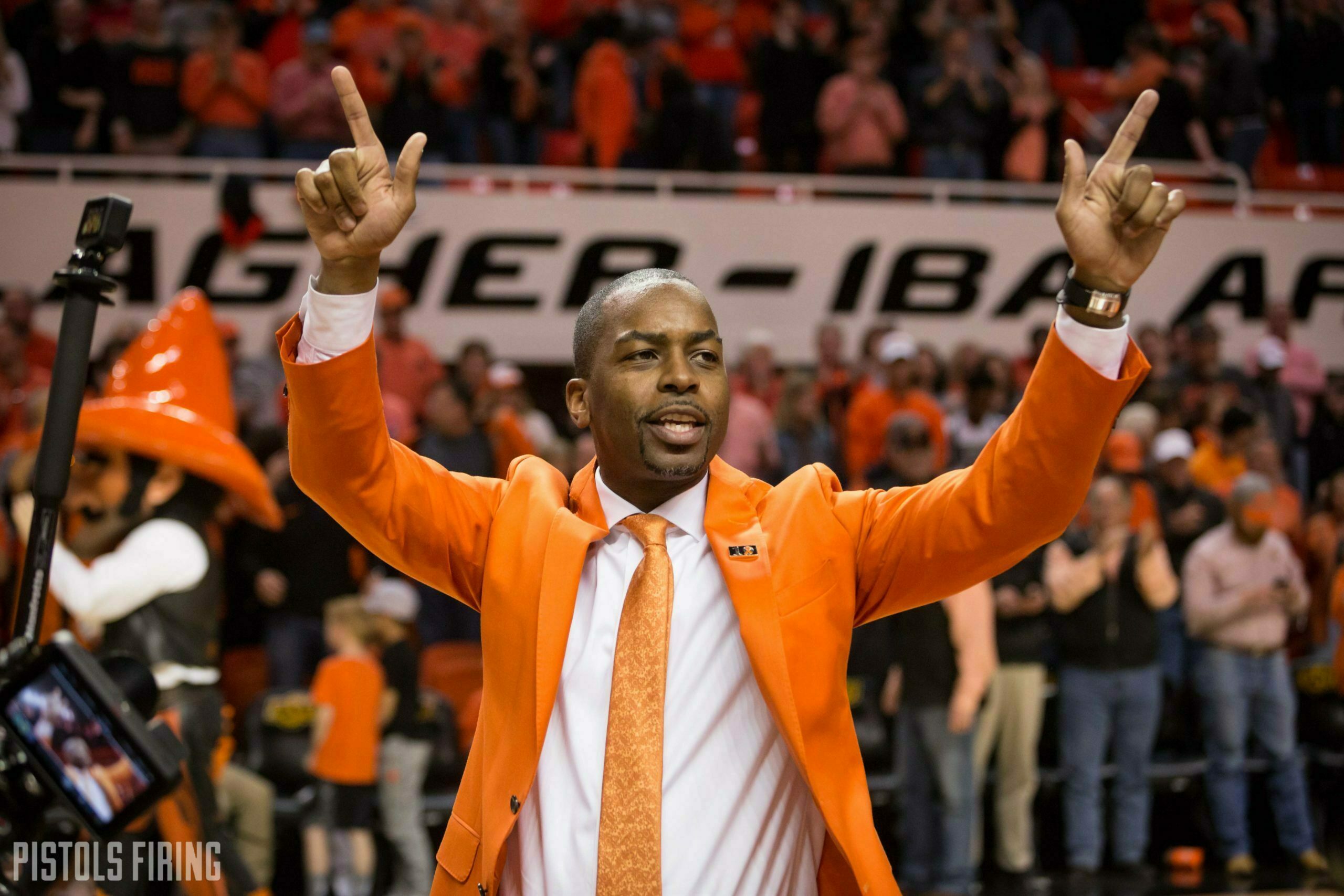 Did you see what Mike Boynton said about Bedlam on Saturday after his Pokes beat OU for the first time since March 2018? You may have missed it in the aftermath of Cam McGriff’s 28 points with many other things (baseball, recruiting, wrestling and Viktor Hovland’s first win) going on.

Here is the quote from Boynton on Bedlam.

“I’ve talked time and time again on what it means for me to be the coach here. I have a deep understanding of the history and tradition of this program. This is Mr. (Henry) Iba’s program, Coach (Eddie) Sutton’s basketball program. Obviously Coach Budke was a big part of our women’s program. I stand on those guys’ shoulders all the time and am thankful for the opportunity to do so.

“Bedlam is a big deal. I’ve never shied away from that. For our fans to understand how committed we are as a group. [Wearing this orange blazer] is a small token of what it means to play in this game and have an opportunity to represent Oklahoma State in it. I hope it looked good because I don’t like coaching with a jacket on, it’s pretty hot. But it was important today.”

Bedlam IS a big deal. And I think this is how we want OSU’s leadership to talk about it. I would reject the idea that Mike Gundy has tried to downplay its importance over the years, but I do think that’s probably the perception of him at times. The reason is that, well, he has tried to downplay it a handful of times (with no success). That’s not been a long-term trajectory, but there have certainly been moments.

Boynton has never done that. Not once. He’s always embraced it, and while beating OU in hoops is much different than doing so in football, Boynton has stood his own for the first three years. He’s 3-4 against the Sooners in three full seasons against somebody (Lon Kruger) Boynton said he’s 1/10th as good of a coach as. There’s also an outside possibility of Boynton evening up that record come the Big 12 Tournament in March depending on how the bracket breaks.

Saturday’s victory was the first time he’s rocked the orange blazer though. He’s 1-0 in that thing. The one Budke (and others) used to wear. Him wearing that and winning Bedlam like OSU did and a full-ish GIA had me a little amped.

I’m not naive enough to think that OSU is as ingrained in Boynton as it is in the rest of us, but I do think he gets it in a way it’s difficult for an outsider to get. He didn’t go here. He’s been in Stillwater for a lot less time than, say, Keiton Page. Lindy Waters and Mike Boynton have lived in this town for the same number of years.

And who knows where it goes from here. Hopefully to better places than 4-10 in the Big 12 toward the end of February in Year 3.

But no matter what — no matter if Cade comes in and takes OSU to the Sweet 16 or Cade not taking OSU to the Sweet 16 is why there is no Year 5 — it’s been a blast to cover Boynton and his teams. Because he cares in a way that it’s difficult to care — like you and I do. You get the feeling watching him that he’s having just as much fun as we would be if we were smart enough or talented enough to be in that position.