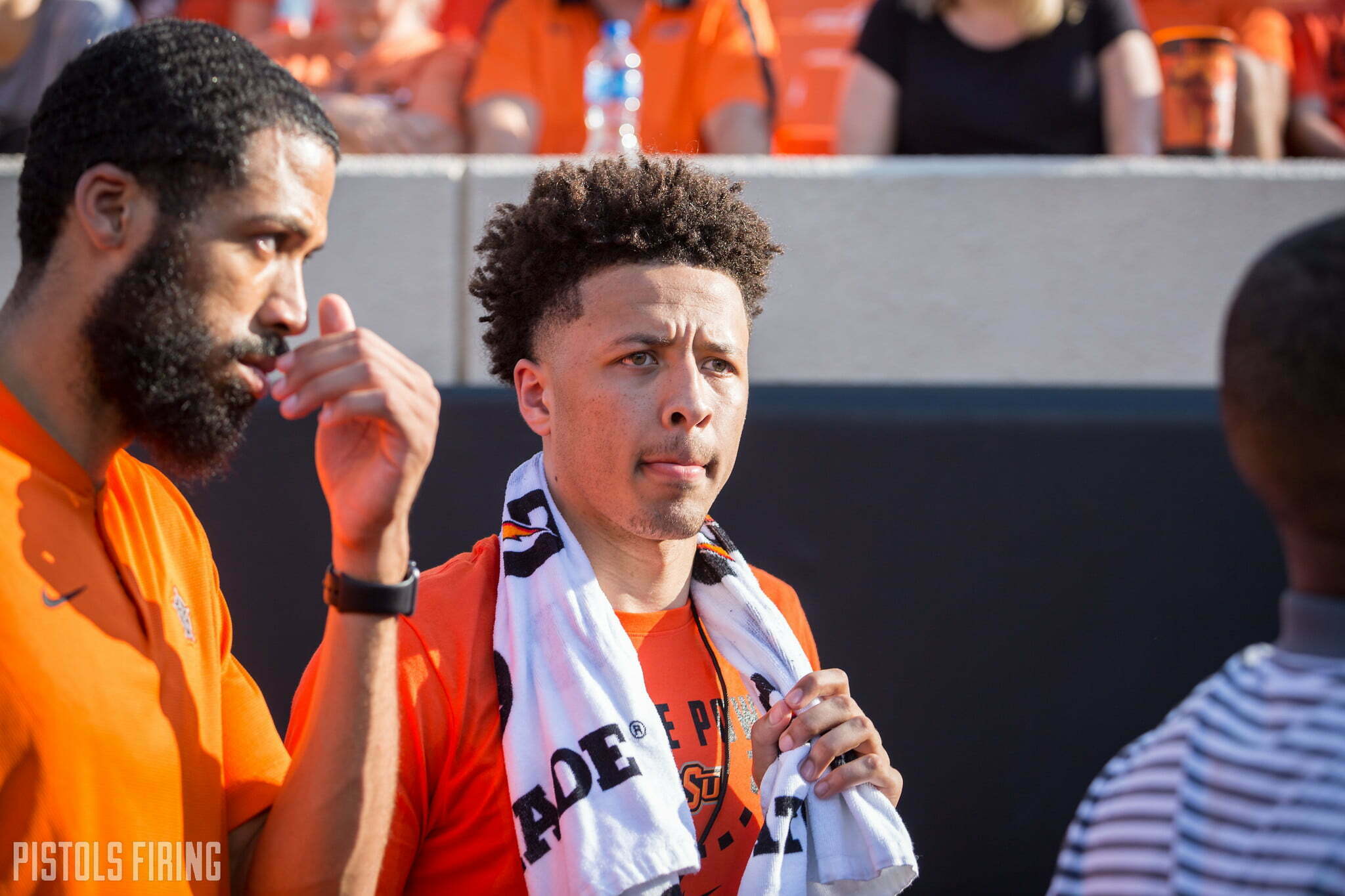 Mike Boynton entered a Zoom call with local media donning an OSU-print face mask and an orange shirt that read, “Loyal and True.”

Those same three words were uttered in a video hours earlier by a projected No. 1 pick in the 2021 NBA Draft Cade Cunningham. Cunningham reaffirmed his Oklahoma State commitment Monday, a few weeks after the NCAA hit OSU with a postseason ban following the FBI’s probe into college basketball.

In the end, Boynton’s relationship with Cunningham was strong enough to keep the nation’s No. 1 prospect wanting to be a Cowboy in his one season of college basketball. The NCAA’s sanctions gave Cunningham the opportunity to reconsider college basketball’s blue bloods and even a path straight to the professional ranks.

“I’ve talked to Cade, probably, more in the last four years than anybody outside of his family,” Boynton said. “We have a very, very strong relationship outside of basketball. There are actually often times that I’ve talked to Cade in the last three and a half years that basketball wasn’t even a topic of discussion. It was truly about, ‘How do I help him, through the experiences I’ve had, be successful in the things he’s trying to accomplish?'”

Boynton said his conversations with Cunningham since the sanctions have largely been the two laying out Cunningham’s options, which there were plenty. Every team in the NCAA would’ve made room for Cunningham on its roster. He already turned down a lucrative offer from the NBA’s G League, and he could’ve also gone overseas and made even more money.

Boynton said the two essentially talked pros and cons lists for each of Cunningham’s options, and in the end, Cunningham decided Stillwater was still where he wanted to be.

“I just wanted to make sure that he was clear that I wasn’t going to try to insert an agenda on him,” Boynton said. “For the last four years, that’s not been the conversation. I wasn’t going to change it now. I think he felt most comfortable that moving forward, if he was going to do anything with anybody, it was gonna be here with this group, with his family being a part of it and thankfully with me being his head coach.”

Boynton said the last time he spoke with his incoming superstar before Cunningham’s announcement was when Boynton called Sunday to wish Cunningham’s dad a happy Father’s Day.

There are still uncertainties surrounding OSU in 2020-21. Will the ban get lifted? Will the Cowboys still get to participate in the Big 12 Tournament if the sanctions stay in place? How can this exciting potential turn into on-the-court success in Gallagher-Iba Arena? Answers to those will all come in time, but one thing is again certain, Cunningham will be a Cowboy.

“I wasn’t in a persuasive mode with Cade for the last two and a half weeks,” Boynton said. “It was really just an educational and a listening phase with him and trying to help him answer questions.

“I never got the sense that he was not coming here. I don’t know if I should say when he told me he was coming because he never told me he wasn’t. It was really just about, ‘How does this look now?’ ‘What’s different?’ ‘What are the challenges we’ll have?’ Then, ‘If we’re doing this, what are the things we can still do?'”