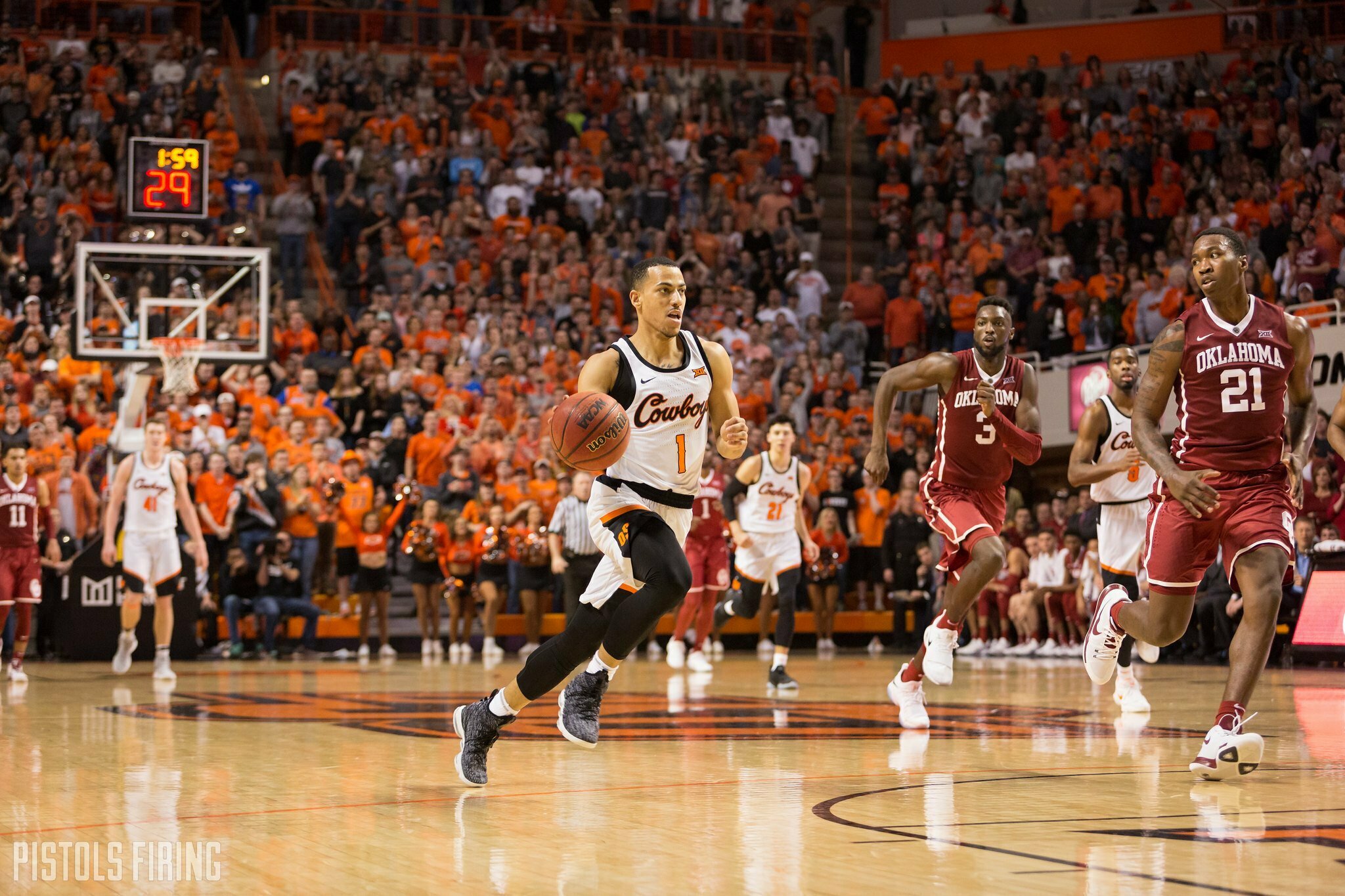 In the last two weeks, Mike Boynton has added three players to his 2022-23 roster — and all have come from the mid-major ranks.

John-Michael Wright, Russell Harrison and Caleb Asberry put Oklahoma State’s tally of mid-major transfers to eight under Boynton. The definition of “mid-major” is up to some interpretation, but generally it’s everyone apart from the Power Five conferences, the American and the Big East, with a few exceptions.

Here is a look at OSU’s eight guys under Boynton with their stats the season before coming to Stillwater (sorted by points per game):

There probably aren’t any grand takeaways that can come from this. All of these guys have to be looked at on a case-by-case basis. Just because one worked out doesn’t mean they all will. Just like because one didn’t work out means they’re all doomed to fail.

Among the guys who have already come and gone from OSU, Kendall Smith made the most impact on the Cowboys, and he was in Stillwater during Boynton’s first season.

Smith hit some big shots in his lone season in Stillwater. He averaged 13.1 points and 2.9 assists a game as a Poke. He put up 24 points in a win in Allen Fieldhouse and followed that performance up with 25 points against Kansas in Stillwater to sweep the Jayhawks. The Smith and Jeffrey Carroll combo was an underrated one. Smith is still playing stateside with the Santa Cruz Warriors in the G League.

Michael Weathers probably had a chance to rival Smith’s impact on OSU basketball had Weathers not dismissed from the team after a pair of run-ins with the law. Weathers has since played at Texas Southern and SMU and had success at both stops. In 16 games with the Cowboys, Weathers averaged 9.2 points, 2.8 rebounds and 2.1 assists.

Aside from Weathers, all of Boynton’s gets had a knack for shooting the 3-ball at the mid-major level. For reference, OSU’s best returning 3-point shooter from last season is Avery Anderson (assuming he returns from the NBA Draft pool) at 32.4%, a worse percentage than everyone aside from Weathers.

However, for one reason or another, those 3-point percentages haven’t always held up when guys transitioned to the Big 12. Ferron Flavors shot 43.9% from deep in his last season at Cal Baptist before shooting 26% from 3 in his one season at OSU. A finger injury on his shooting hand didn’t help that. There was a similar trend with Jonathan Laurent, who shot 46.7% from 3 with UMass before hitting 26.5% of his 3s with the Cowboys.