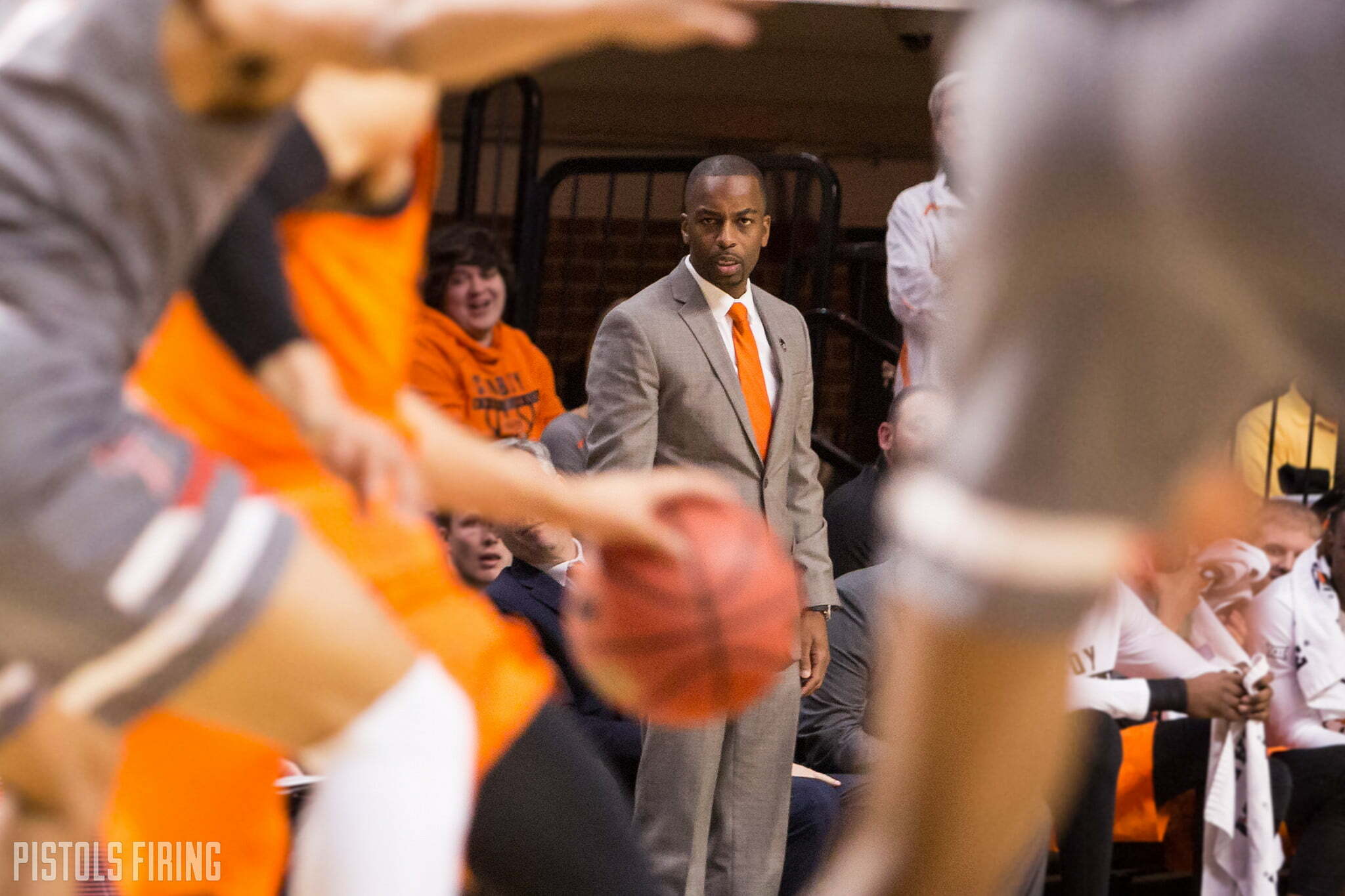 Mike Boynton is often described to me as calm, cool and collected, both in public and in private. He’s been thoughtful in his interactions with the media since I’ve known him, reflective in his shortcomings as a head coach in which he’s missed two straight NCAA Tournament berths, and candid all the while about everything in between.

So as he took to Twitter on Tuesday to push back on the perception that his program — which has been punished for *checks notes* transgressions under a previous coaching regime and while gaining *checks notes* no competitive advantage — was cheating, it struck me. Boynton isn’t the type of coach to get trigger fingers on Twitter, and he’s shaken off the haters ever since he filled Brad Underwood’s shoes. Why would he care what some dingaling with a social media profile says on some social network that ultimately doesn’t matter?

The exchange (we’ll get to in a second) brought to light in part one challenge OSU faces in the court of public opinion as its battle with the NCAA enters the microscope of the appeals process.

The truth is that perception, for many, is reality.

That is true and painful to process as it relates to Oklahoma State basketball as it navigates a tricky NCAA case as an underdog to try and win an appeal on a heavy-handed postseason ban.

Oklahoma State has been labeled as a cheater. That’s painting with a brush the size of the Oklahoma panhandle, of course. More specifically, Lamont Evans was convicted on bribery — a federal crime — during his OSU coaching tenure. But not the bribery that you may think: the selfish bribery in which he was lining his own pockets for personal gain and not Oklahoma State’s. The opposite of bag-dropping, really.

That paragraph alone is enough to wipe out any debate to the contrary about OSU getting what it has coming because of its “cheater” label, but it isn’t going to stop nincompoops like this describing OSU in this light. Here’s the exchange that started after Dick Vitale took to Twitter to ride for the brand unannounced. Shouts to Dickie V, by the way. 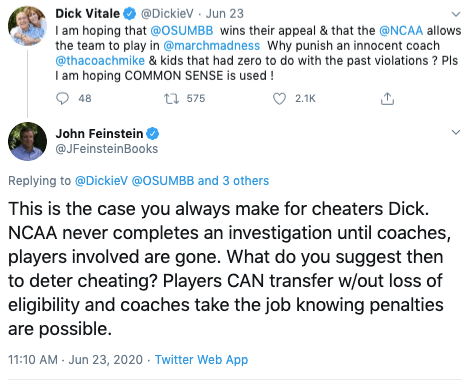 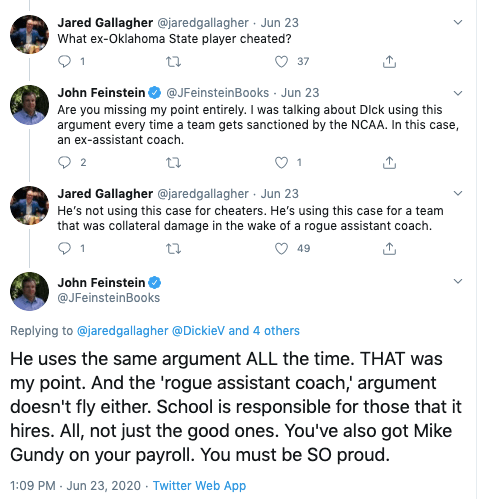 This prompted Boynton to chime in with an all-time own. Feinstein fizzled along with his argument, much like many who will argue against Oklahoma State in this case. 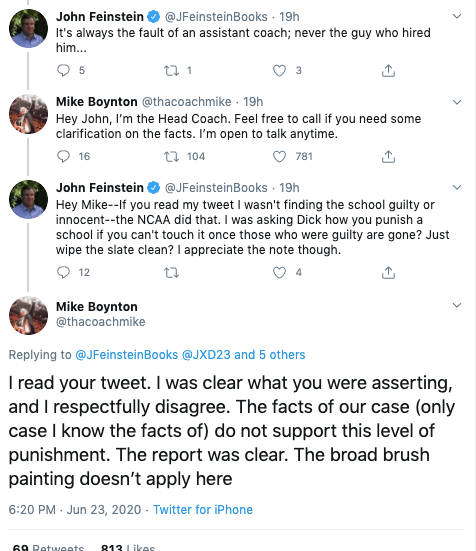 Truth is, this will be a theme over the next few days or months or years or however long the NCAA decides to drag this case out. The NCAA handed Oklahoma State a postseason ban for Lamont Evans’ transgressions that came before Mike Boynton’s tenure and before every player on the current OSU roster arrived.

Moreover, the NCAA itself said OSU did not competitively benefit from Evans’ selfish scheme. He was accused of unethical conduct after wiretaps and undercover videos caught him engaging in schemes to recruit players to schools he was employed by, yet OSU never enrolled a recruit despite his efforts. The nefarious doings he successfully accomplished at Oklahoma State were all for personal benefit.

Winning the NCAA over to see that view and empathize with that fact will be key in the case. The NCAA knows Boynton didn’t cheat; the NCAA knows Evans acted alone; the NCAA knows no current players were involved. And yet, the NCAA already knew this the first time, right before it handed OSU a postseason ban.

Oh, and that Twitter own moment? It ended in the most Mike Boynton fashion possible.

Had an opportunity to talk on the phone with @JFeinsteinBooks. Got a chance to listen, and to offer some perspective on today’s hot topics. We didn’t agree on everything (and that’s ok), but it was a respectful and productive conversation.