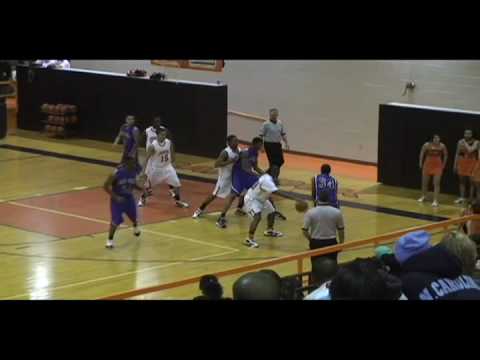 A sinewy lefty, Cobbins was lauded with all the accolades you would expect from a Texas 4-star power forward. All-state, Amarillo player of the year, ranked #38 nationally by rivals and on and on and on. So why has he has kept his seat warm for 485 of the 490 minutes of basketball this year.?

Nobody really knows. There’s been speculation that he might be getting a redshirt but NCAA rules state that a player must “not participate in competition in a sport for an entire academic year.” So that seems unlikely unless he’s injured in which case he would be eligible for a medical redshirt because he’s played in fewer than 20% of OSUs games.

Cobbins did suffer a major knee injury at the Reebok All-American camp in the summer of 2009 so there’s a precedent there.

What makes all of this even more strange is what Travis Ford said about him in the preseason. Ford isn’t exactly the Paula Abdul of collegiate basketball coaches in that he rarely advances past Belichick-ian phrases like “he plays well” or “I think he has a chance to be successful. Yet, Ford said this about Cobbins in the preseason: “He’s very versatile within our system. He just fits it perfectly. I look at him before it’s all said and done as an All-American-type basketball player. I’m that high on Michael Cobbins.”

So it seems like we have an uber-talented-possibly-injured power forward on our hands that could help restore the program to we-make-the-sweet-16-every year status. Yep, sounds like it’s time for an “injury” and that medical redshirt. Do the right thing, Travis.

Why you shouldn’t like him: He hasn’t played yet. There’s a reason for that beyond “he’s just not good enough yet” (I mean, Sidorakis plays, right?), we just don’t know what it is.

My favorite thing about him: He was recruited by Memphis which means he turned down probably $200k or so to play in Stillwater. I respect that.

NBA player he reminds me of: Lamar Odom would be the easy choice given their left-handedness but I think of him more like a shorter Chris Bosh.

Video you need to watch: Here