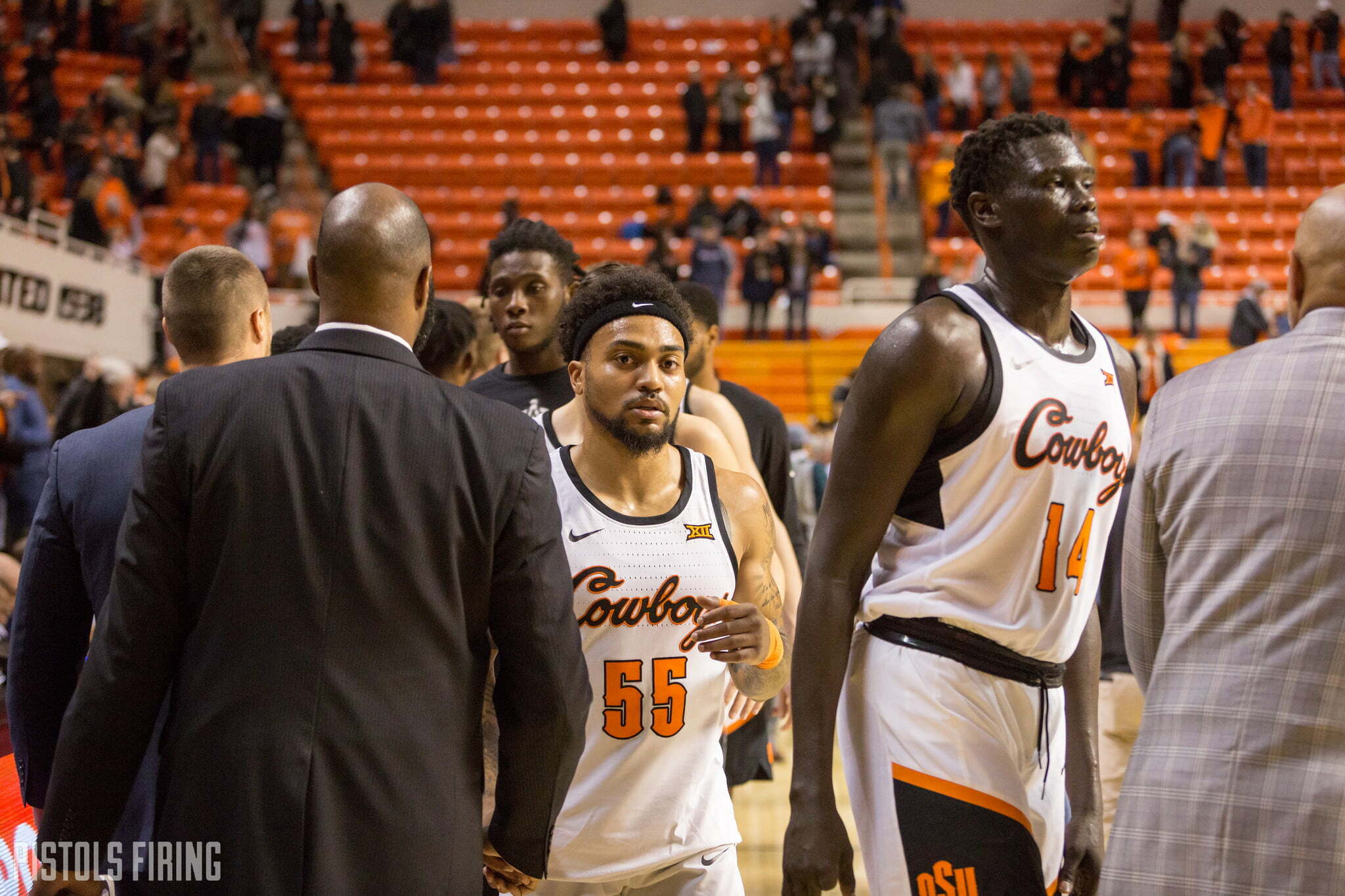 Oklahoma State isn’t short on talent or potential, but what it is short on — experience — is shrinking significantly with Tuesday’s news that graduate transfer Mike Cunningham is leaving the program.

On a team that features five scholarship freshmen and only one returning starter from last season’s squad, Cunningham, the team’s lone senior, represented what the team had little of: quality experience playing at a high level. Coming into OSU, he had logged 81 total starts during his stint at USC Upstate. Between OSU’s most used lineup over the last five games using KenPom data, which features Isaac Likekele, Thomas Dziagwa, Lindy Waters, Cam McGriff and Yor Anei, the unit boasts a combined 128 starts (including 14 games played this season).

And now he’s gone. His departure is notable for myriad reasons, even if it appeared he wasn’t long for OSU, with early-season hamstring troubles and a recent suspension crashing his opportunities to contribute. The on-court ramifications of his leaving are the most obvious to point to — he was a sharpshooter from 3 capable of, potentially, filling a role as a secondary scorer in OSU’s system.

But the off-court ramifications are more significant because of the message it sends. By all accounts, Cunningham is leaving on good terms. The press release sent out by OSU did not indicate he was being kicked off. But the quote from Mike Boynton, coupled with Cunningham’s recent four-game suspension, well, read between the lines here.

“Mike has decided that he wants to move on to the next phase of his life,” Boynton said. “We wish him well and thank him for the contributions he made in his short time with the program. The standards of Cowboy basketball will never be lowered for a short-term gain.”

Did you catch it? The most important, telling words of this entire situation you will read coming from Boynton: “The standards of Cowboy basketball will never be lowered for a short-term gain.”

Could Cunningham be useful? OSU is scoring a lowly 70.1 points per game, a mark that ranks 274th in Division. And Cunningham was brought in as a bench scorer at worst, and a second scorer at best.

But in this development, it’s clear that — booted off, leaving on his own terms or otherwise — the messaging is this: Mike Boynton and his staff are building this thing for the long haul. The right way. Even if there are growing pains and tough decisions along the way (like dismissing Zack Dawson and Davon Dillard last season) that may affect the team’s short-term success, the long view is of the utmost importance.

“We are building on a foundation established by Mr. Henry Iba, Bryant “Big Country” Reeves, Desmond Mason and countless others who deserve to always be proud of the way we do things in Stillwater,” said Boynton. “This year’s team, though young, will continue to take pride in who they represent.”