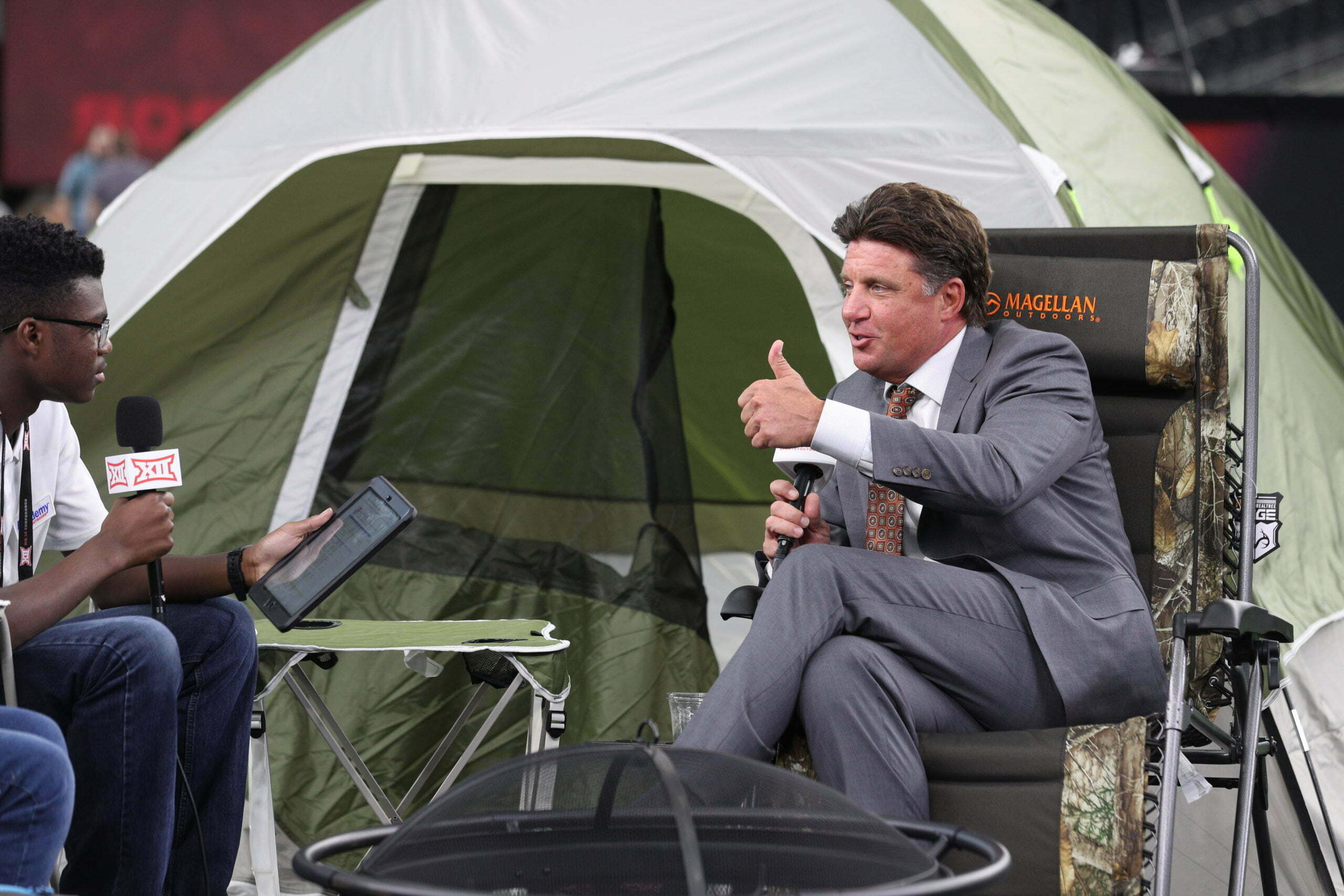 There’s plenty of reasons to be optimistic about Oklahoma State football in the fast-approaching fall of 2021, but there are also a couple of significant questions still yet to be answered.

One of the biggest question marks looming over OSU is how to replace the talent and production of a former nation-leading rusher in Chuba Hubbard.

The Cowboys got a trial run at the latter thanks to injury issues and the All-American shutting things down for the NFL, but how well they can fill that talent hole remains to be seen.

The good news coming out of Arlington this week is that, while OSU may not have a bonafide superstar the likes of Chuba, the program is enjoying rare depth at the position.

“It’s interesting,” Mike Gundy said at Big 12 Media Days, “for the first time in a while, we really feel like we have four or five players that we could hand the ball to and we’re very comfortable with them in the game.

“LD [Brown] was fantastic. Dez [Jackson] would come in and make plays. Then we’d put a freshman in and he made plays for us.”

We can pencil in the remainder of that “four or five” with players who have experience making plays. That’s what sets this deep RB rotation apart from others Gundy has coached.

Brown is the senior statesman who inhabits the “next-man-up” role thanks to his experience behind Hubbard (and even Justice Hill) the past three seasons.

Jackson looks the part of someone who could take 20 carries per game himself, and likely would have played a much bigger role in the Pokes’ offense the last couple of years had he not been bitten with the injury bug himself.

Behind them is plenty more talent and potential.

Dominic Richardson’s coming out party came against Baylor last year when, thanks to more injuries, he came off the bench and toted the rock 23 times for 169 yards and three scores. Only Thurman Thomas rushed for more as a true frosh..

How about Jaylen Warren, the enticing Utah State transfer? He’s been productive wherever he’s played and was garnering all kinds of buzz in the spring.

Add in rookies Jaden Nixon and Zach Middleton and you’ve got an attractive group of tailbacks.

Gundy knows that those who take handoffs also take beatings. He got a refresher course last season.

Chuba Hubbard carried the ball over 25 times per game in his illustrious 2019 campaign and, somehow, managed to stay healthy. But OSU could dodge that bug for only so long and he dealt with an ankle injury and spent most of 2020 at less than 100 percent.

That’s why this fresh, deep crop of talent has the mullet-less one so thrilled.

“So now we have four or five guys that will get quality reps in August,” said Gundy. “And I’m excited because that position takes a lot of abuse physically. That’s the one position where you can get really beat up. And we can take some of that off those guys.