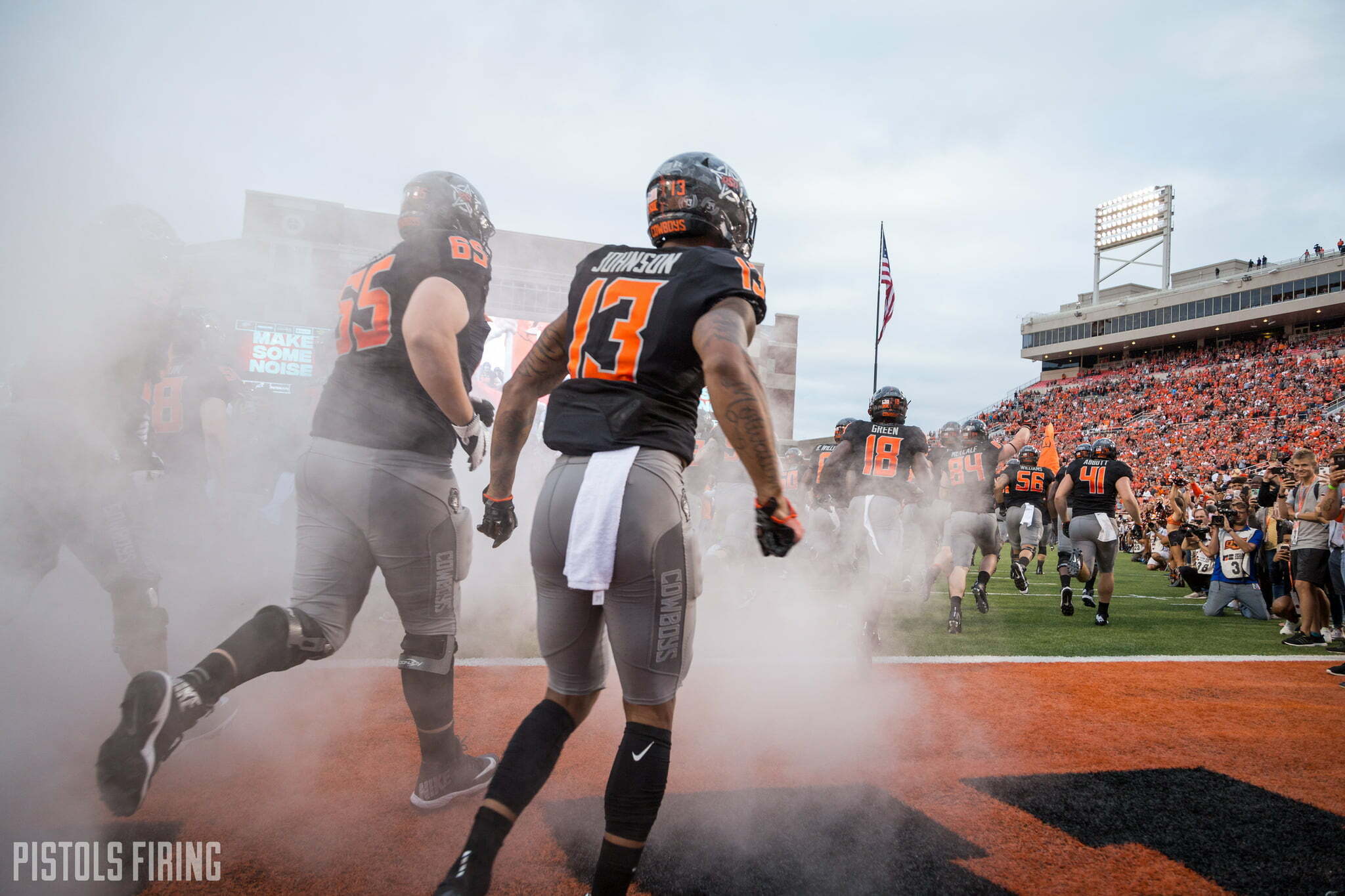 This is not the first time Gundy has delved into a College Football Playoff Oklahoma State hasn’t yet sniffed. He has more or less talked about it every year because he gets asked about it every year, and again on Wednesday in Stillwater Gundy addressed why the CFP should and will eventually expand to eight.

“They need to go to eight. You have to put the five power conferences in,” said Gundy. “You have to put UCF in (or whoever at that level) and then you get two wild cards. It’s just a matter of time and somebody’s going to do … what I said five years ago.”

He’s right about that, even if there are issues. So how would Gundy go about it?

“In most cases we all would agree Boise wouldn’t be in the same level as Alabama. Let’s put them against the middle of the road playoff team and make that a competitive game.”

“They would even be more so because if Northwestern would have beat Ohio State, they’re in. Whatever team at that level — in the last couple years would be UCF — they’re in. Those kids know they get a chance to play for the national championship.”

Regardless, Gundy was (and remains) correct. This should and will happen. I don’t know about the Group of Five team being the No. 5 seed instead of the No. 8, but I do know that UCF going to Norman, Michigan going to Tuscaloosa, Georgia going to South Bend and Ohio State going to Clemson is something that I am (and many people are) very interested in.

Continue the semifinals at neutral sites, whatever. But let’s make this eight-team festival — about which Gundy said there are more concerns regarding academic schedule than the addition of an extra game — happen as quickly as possible.

“They’re not going to have any problem selling the TV games,” Gundy said. “People are ready for it. It’s just a matter of time …”