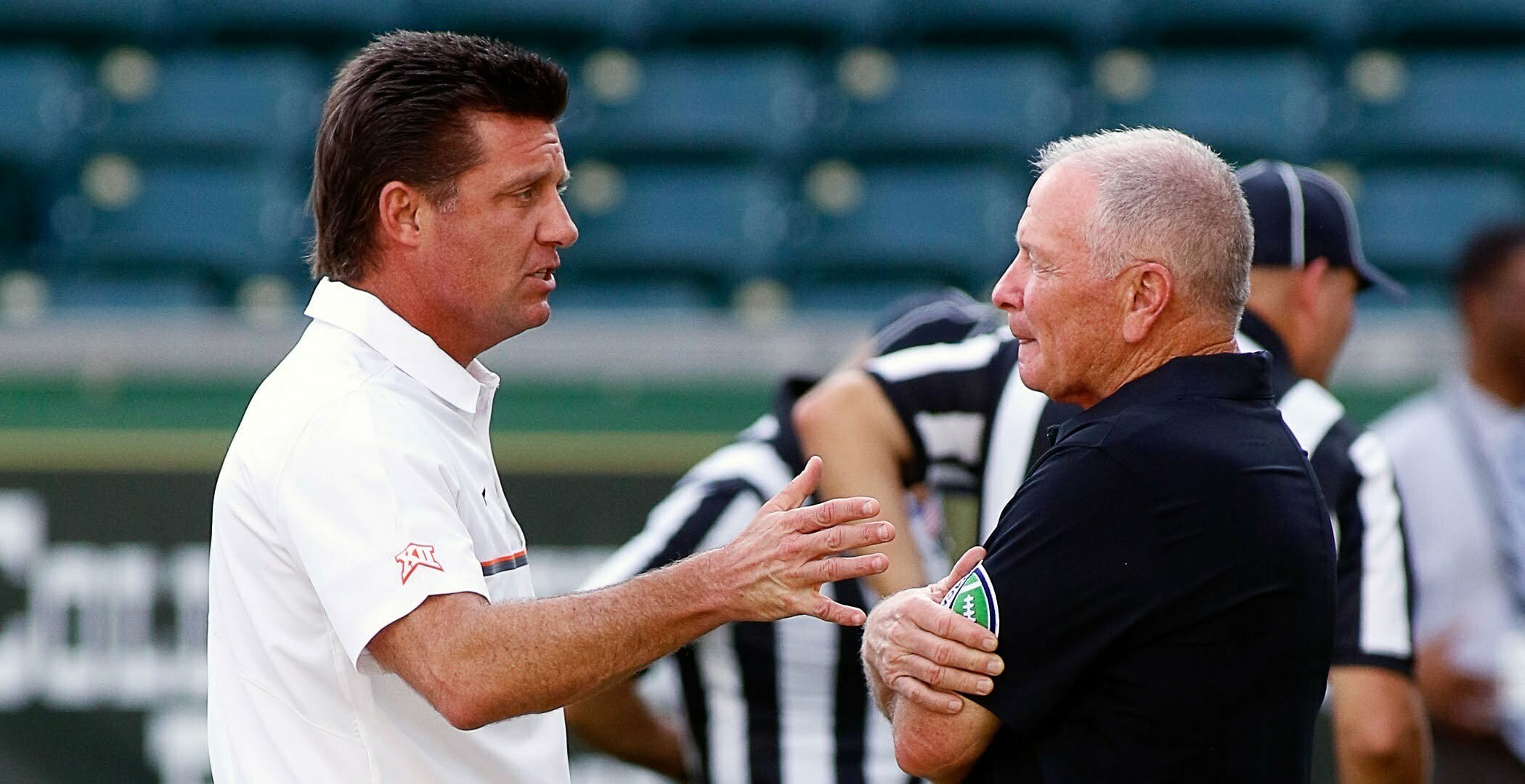 On Monday, Mike Gundy addressed his distaste for the College Football Playoff system but said he would not speak further on it until after Bedlam (this is probably a good idea).

Gundy already fixed the system, though. He did it last year. Remember this?

“I know they have a 12-year contract,” Gundy said last year as Kyle Fredrickson documented for the Oklahoman. “But they’re gonna change it and they’re gonna go to eight teams. The solution is let the conferences battle it out. If you win your conference, you’re in. That’s five teams. Then you have one wild card from the Memphis, the Houston this year, the non-Power Five … If Houston is the highest ranked team from the non-Power Five conference, they’re in. So that’s six. Then, let them argue over two wild cards. It could be whoever.”

Perfect. So this year it might look like this if Colorado beats Washington in the Pac-12 title game:

I don’t know how you would seed the thing and frankly don’t care. Gundy goes on to say that the first round should be played at teams’ home fields (yes!)

“They’re going to have to make a change so people can quit saying that certain conferences are beating up on each other,” Gundy continued. “It allows a smaller school to be in and it’s just like in basketball in March Madness. Everybody loves to watch those games.”

That’s important for the folks involved. This thing would be a cash cow. It could start mid-December and still be over by New Year’s Day. You can get all your Big 10 teams in. Every conference champ gets a swing. Everybody has a path. The little guy (Western Michigan) gets Bama. We all win.

Heck, I would be fine with a six-team playoff as long as all five conference champions got a chance. But if that’s the case then I still think it’s dumb that Western Michigan and Alabama play in the same division of football because Western Michigan can win all of its games by 55 points and still not play for the national championship. With an eight-team playoff, it could.