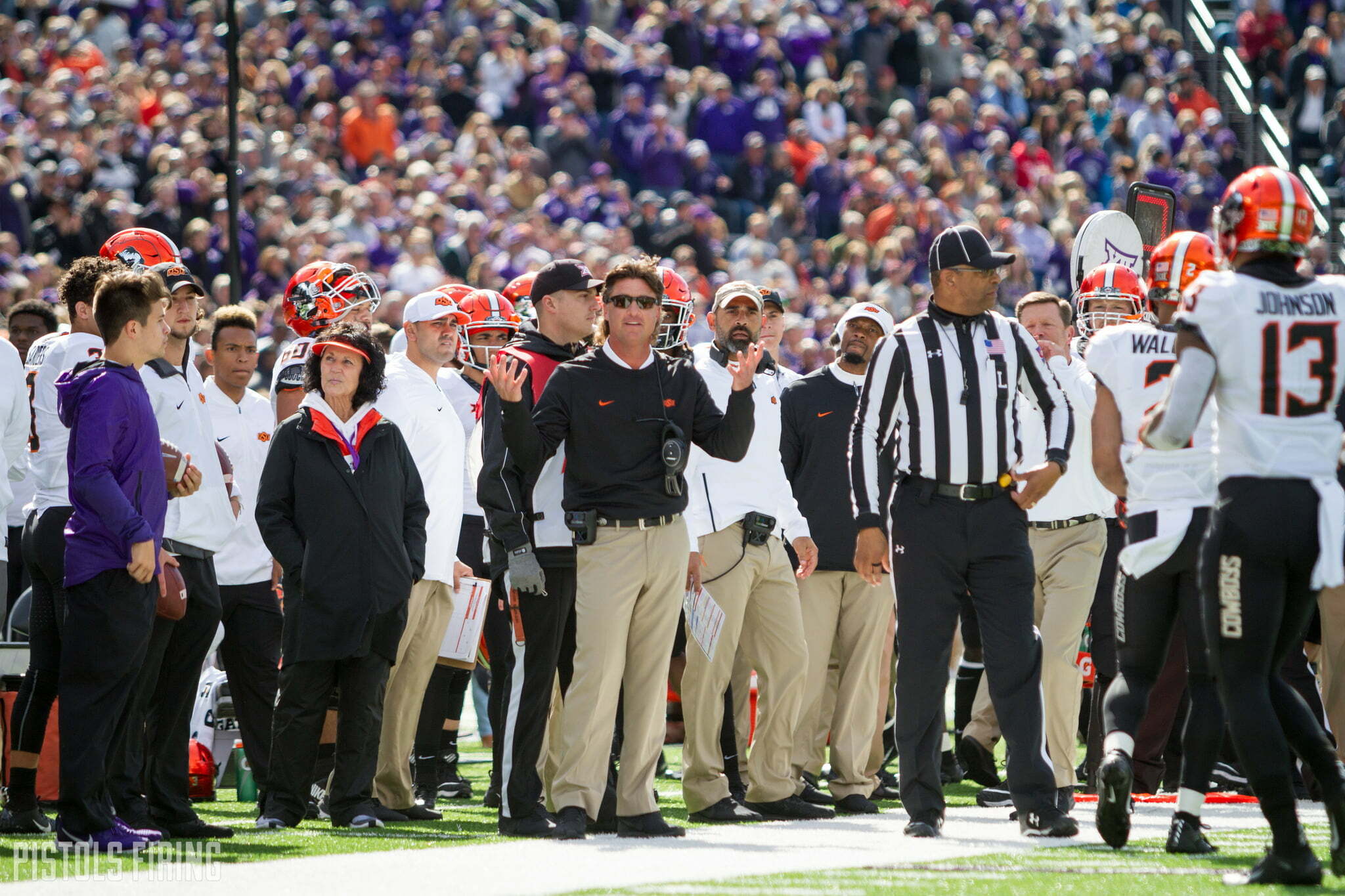 Oklahoma State coach Mike Gundy went on what he called a “mild rant” on The Mike Gundy Show with Dave Hunziker on Monday.

Gundy delved into further into what he said at Monday’s presser, the idea that if the Cowboys had anyone Gundy thought could make help, that person would already be playing.

“If there were anybody that were currently on our roster that we felt like they could impact any game, we would already have them in,” Gundy said. “Now, that doesn’t mean we’re right because we’ve all made mistakes. People say, ‘Well you didn’t think Mason Rudolph was ready.’ No, I didn’t think he was ready, but he also played in the ninth game of the year. He was further along than what we thought.”

Gundy never mentioned his backup quarterbacks by name, but there was also a lot of talk about quarterback Taylor Cornelius in the monologue.

“I feel like now that we know more than we did a month ago about what we can do in order for Taylor to have success,” Gundy said. “People say, ‘Well, you’ve been watching him in practice.’ It’s not the same as a game. I wish it was. It’d be a lot easier.”

Gundy shouldered some of the burden and said the team’s performance will show the coaches how good a job they’ve done on Saturdays. He said there are a lot of moving parts in any given play that can force it to be unsuccessful. Maybe there was a mixed block, a poorly run route, a drop, or a bad throw, but all of that contributes, rather than it falling on any one player.

He said he receives coaching advice, wanted or otherwise, from his children. He said football is an outlet for people, and he understands they want their team to win, but decisions surrounding the team fall to him.

“Whether they like it or not, those are the decisions I have to make,” Gundy said. “Hopefully the decisions will be good, but they’re not always perfect. I have made some decisions I would look back and wish I’d have done differently, but I try to make the best ones for the overall plan of the organization and each game each week.”

Later on in the show, Gundy said it wasn’t until the Colorado game his sophomore year until he “finally started to feel like (he) knew what (he) was doing playing quarterback.” He said it took him, give or take, 15 games to get there. He said he doesn’t “think Corn has gotten to that point yet.”

Cornelius a redshirt senior, is seven games into OSU’s 12 guaranteed games this season.

“I would say in the next couple games, we’ll get a pretty good feel for what we think he can do,” Gundy said.

He ended the “so-called mild rant” portion of the show with this:

“If there was anybody on our team we that we thought could give us a chance to play better Saturday night, they will be playing,” Gundy said. “Period. That’s a guarantee.

“Now, that doesn’t mean there might not be somebody on our team now that might be better playing at a position a year from now. I’m talking about Saturday night.”

If you’d like to listen to the full hourlong show, you can do so here.