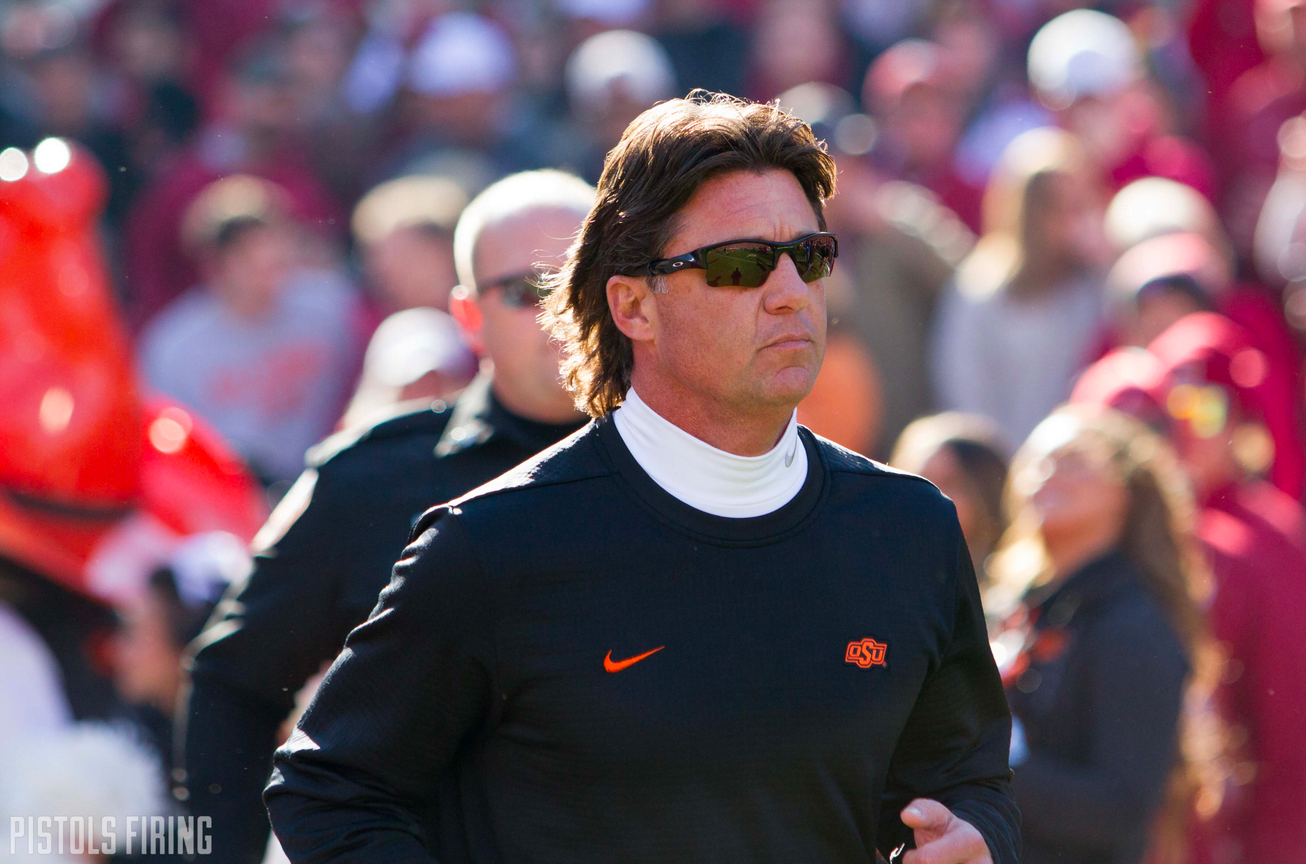 NORMAN — Taylor Cornelius rolled right, found an open-enough Tylan Wallace streaking in the front of the end zone, and flung the pigskin across his body errantly into the diving chest of OU cornerback Tre Brown.

There were 63 seconds left in regulation of the 2018 iteration of Bedlam, but the clock may as well have read all zeros. After inching to within a point following a late score, 48-47, OSU opted to assemble a kill-shot that, ironically, wounded only the team that attempted to arm it.

Gundy didn’t want to take it to overtime. He wanted to win. Right there. Alas, his gutsy call came up empty-handed.

“As the game was going back and forth, being on the road and struggling stopping them, it was probably the best thing,” said Gundy. “We had a shot at it, just didn’t make a good throw.”

Added Gundy, jokingly, about if players were on board with the call: “I don’t give a sh– what they think. They pay me to do that, so that way y’all can criticize me. We’d made the decision I think two drives before.”

Gundy doesn’t have to give a you-know-what about whether he did or did not make the right call to go for it. He makes $5 million a year, is the winningest coach in program history, and has a retirement check with his name and the OSU brand on it when he decides to hang up his whistle.

But Gundy also doesn’t have to give a you-know-what — especially this time around — because he let it all hang. Everyone witnessed in real time his figurative guts exposed and literal mullet dangling in the cold Norman night and respected his gumption to lay it all on the line. A kicked PAT may have been risky after bringing it to within one point, especially after Matt Ammendola’s missed field goal earlier in the game, but going for 2 was hitting the dealer on 17. He knew he was close, and damn, he wanted all of it. There would be no tail-tucking. It took a pair to go for a pair.

Maybe OSU would call a different play if given another shot at it. Maybe. But maybe not. Gundy afterwards reflected on the play and said the option (Tylan) was open, the throw just wasn’t in the right spot. So it goes. On a far-from-flawless night that included a fumble, missed FG and other pesky gaffes, this opportunity to perhaps go up — and topple — the sixth-ranked Sooners was a farfetched ideal that was nearly realized. The path to OSU winning it was, as it turned out, almost too good to be true.

Gundy for years has been criticized, fair or unfair, for not letting it rip like Les Miles. For not going for it, not pushing the envelope and playing like he is the coach of the No. 2 program in the Big 12 over the last decade (he is). He put that notion to bed and tucked it in before 87,635 rowdy folks on Saturday, though.

Fault Gundy for whatever else you want. Fault him for the defense not being able to stop Kyler Murray, or for special teams oddly rearing its ugly head yet again. But don’t fault him for going for it all. The millionaire man with the mullet finally coached like a millionaire with a mullet and zero you-know-whats to give. It wasn’t enough. But damn, it was close.