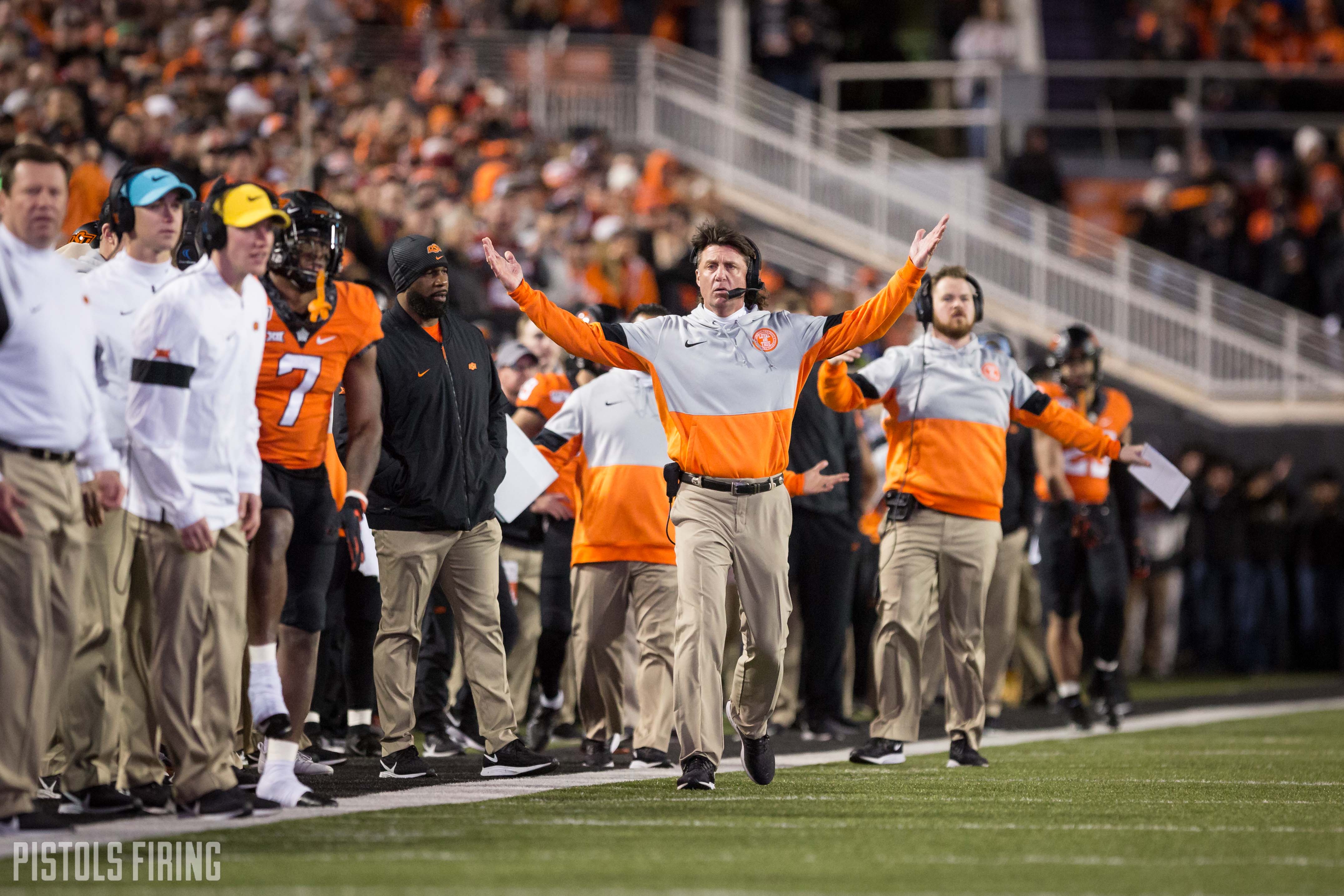 STILLWATER — What Oklahoma did to Oklahoma State on Saturday was obscene. Illegal in all 50 states (and Puerto Rico). The Sooners never trailed in a rowdy OSU atmosphere, withstood every flimsy punch the Cowboy offense threw, and battered a really good team on the road en route to a sweat-free 34-16 win to launch themselves back into the conversation as a College Football Playoff contender.

OSU falling flat in Bedlam is the mortal lock of the season every season.

Call me a sucker — I’ll take this one on the chin. I really thought this year was going to be different. I thought OSU’s defense could hold OU at arm’s length, create a few turnovers, get OSU to contend late in a raucous Boone Pickens Stadium, especially with the way the unit had played over the last few games. I thought OSU could hang and rally late.

I thought Jalen Hurts, turnover-prone in November, would aid in that effort. I thought OSU’s pressure would get home more often than it did. I thought graduate transfer Dru Brown would have his way with OU’s secondary. I thought Chuba Hubbard would run free like Secretariat on an OU defense that has shown itself susceptible to giving up big yards against elite running backs.

For the most part, I was wrong about all of it.

And now I’m sitting here kicking myself, because I’ve seen this movie a million times. I’ve seen it more than Hot Rod. I’ve seen it more than Anchorman. Bedlam unfolds the same way every single year, without fail, regardless of personnel. I knew exactly how history has unfolded year after year and I knew — er, rather, should have known — that it would again repeat itself.

Here’s what I keep coming back to, the one constant in Bedlam during my adult lifetime.

Look, Gundy doesn’t deserve to be fired because of his 2-13 career record coaching against OU — although that’s pretty brutal. He shouldn’t be popping up on hot seat lists. He is the best football coach in the program’s history, and it is not close. There is no debate.

But it’s fair to question at this point whether this program will ever usurp the gold standard OU has set in this state. Save for a lightning-in-a-bottle 2011 season that was nothing short of magical, Gundy has beat Oklahoma once — and it came on the worst OU coaching decision of the century: re-kicking to Tyreek Freaking Hill.

Sure, Oklahoma State continues to win at a level that Texas could only wishes it could. And sure, 10-win seasons are nothing to scoff at — and OSU’s had six this decade. But shouldn’t OSU be winning this game more than twice every decade and a half? OU is winning at an absurd rate — amongst the big boys in college football. But while OSU is experiencing its best era of all time, OSU isn’t sniffing OU’s caliber.

And that won’t be changing any time soon. Not with the way OU is recruiting (top-10 nationally-ranked classes every year since Lincoln Riley took over). Not with the way OSU is recruiting (sub-35 nationally-ranked classes every year since 2017, the year Riley took over). Riley took the reins of a great program and made it elite by filtering in top-end talent. Gundy continues to flail against his biggest rival because he’s allergic to four-star recruits.

I think Gundy is a brilliant tactician. I really do. He’s done more with less better than, arguably, any other non-Bill Snyder coach in Big 12 history. But what could he do with more, you might ask.

Based off how Gundy has attacked recruiting, the answer to that hypothetical question may never be answered — and we may never know what it’s like to watch Mike Gundy with a better team on the opposite sideline of OU.

OU has more talent. It has more ambitious recruiting efforts. It has a better coach. That trendline to me suggests what happened on Saturday night, as OU undressed OSU in front of a sold-out Boone Pickens Stadium, will continue to happen home or away barring significant changes in attack from Oklahoma State’s staff. Sure, OSU could catch lightning in a bottle again. Maybe there’s a Brandon Weeden and Justin Blackmon waiting to be discovered in Tuttle, America. But lightning rarely strikes twice, and catching it in a bottle is a fickle effort that OSU continues to chase with similar results.