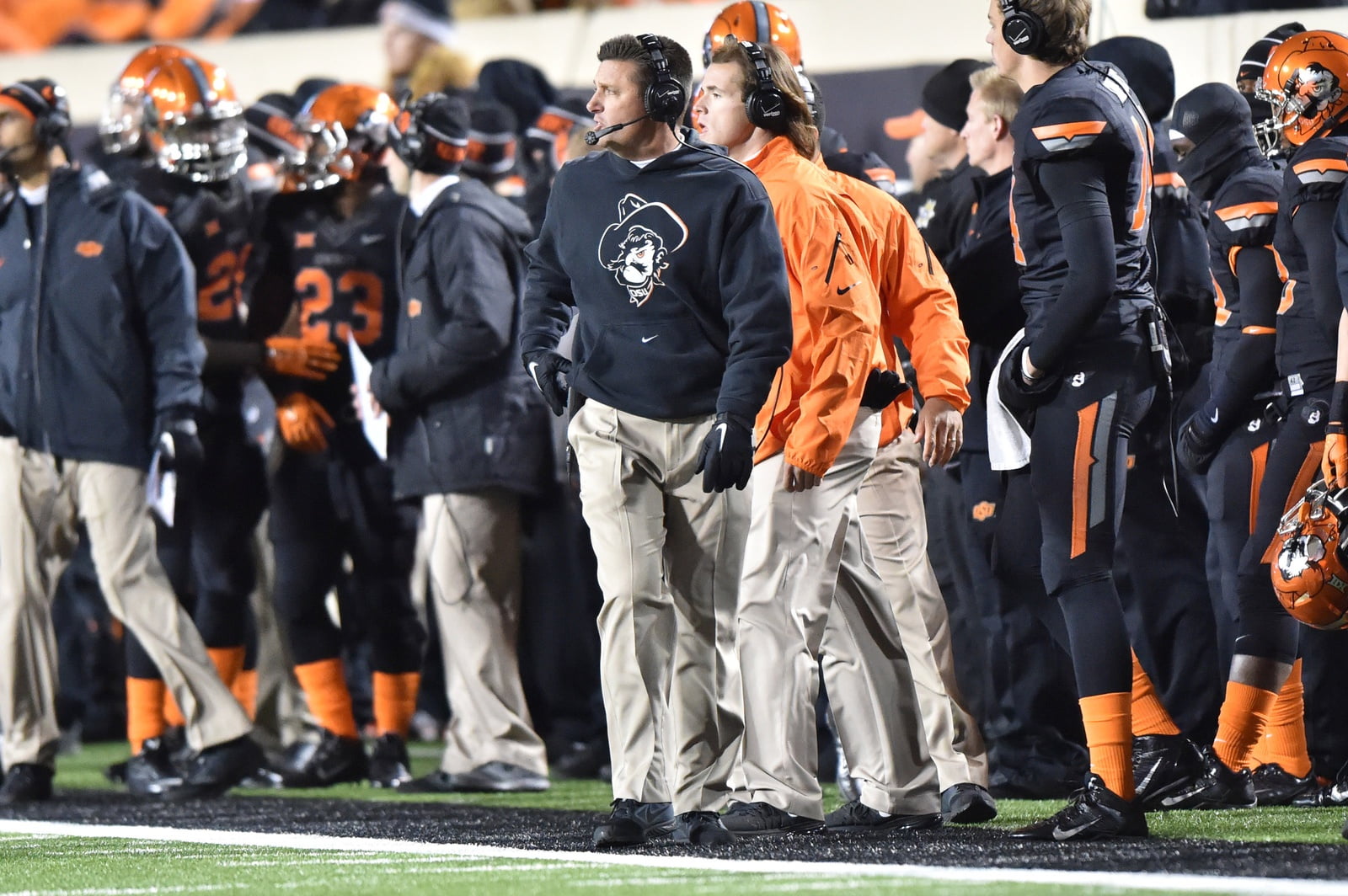 Here we go. Are you ready?

Mike Gundy has been made the betting favorite by Vegas to take over the job vacated by Will Muschamp at Florida. Here’s a look at the other contenders: 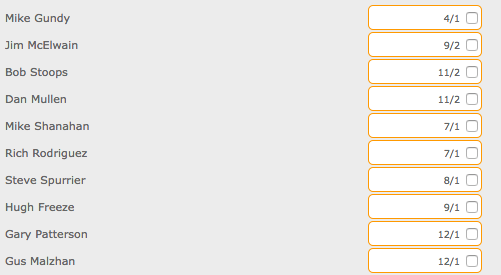 This obviously means nothing (unless it means something) other than an enticement to get general college football fans to fork their money over to what seems like a pretty reasonable prospect.

Here’s the issue if you’re a fan of Gundy (or anyone you want your school to keep):

Muschamp: "They've got a deep and talented roster. Don't let that new guy tell you he ain't got no players."

It’s not like the cupboard is bare and you’re starting over at Florida. Rather, it’s full and they just need someone to professionally organize it. But is that person really going to be Mike Gundy?

Established as Bovada's odds-on fav, Mike Gundy will now become frontrunner for Florida job. For the public. But for Foley? Not likely.

It’s not like we haven’t been here before. Gundy (allegedly) nearly took the Tennessee job in the winter of 2012.

“At some point, that’s where we thought we were going to go,” said Gundy to CBSSport.com.

He decided to stay then, though.

“I just think we felt like in the long run this was as good an opportunity as any if we could come to some agreement,” Gundy said.

“I think we did come to some agreements. We have long-range plans. I just needed to know what the plan was. That way, no matter what it was, I knew going in what it was. I have to feel comfortable with that.”

Not much has changed in my mind from then until now. This isn’t 1994 where the upper crust of college football dictates everything else.

Plus Gundy is 47 and life is pretty easy in Oklahoma. Maybe that’s not what he’s going for but he just doesn’t seem like the kind of dude who wants to take on elite challenges at this stage of his life.

He has interests outside of football and knows he can get away with 6-6 or 7-5 for a few years in Stillwater. He’s out of a job if he does that in Florida.

No, Baylor, Oklahoma State and TCU are (or have been) among the best teams in the country. You don’t have to go to Gainesville to win and I don’t think Gundy will.

I’m not alone. When asked on Monday about being the leading candidate according to Vegas here’s what Gundy said:

He also noted that he doesn’t much care if Boone likes or dislikes him (this might not be the best strategy!)

!! RT @NathanSRuiz: Gundy on Boone Pickens' comments: "I don't need anybody to like me or dislike me. I don't really care."