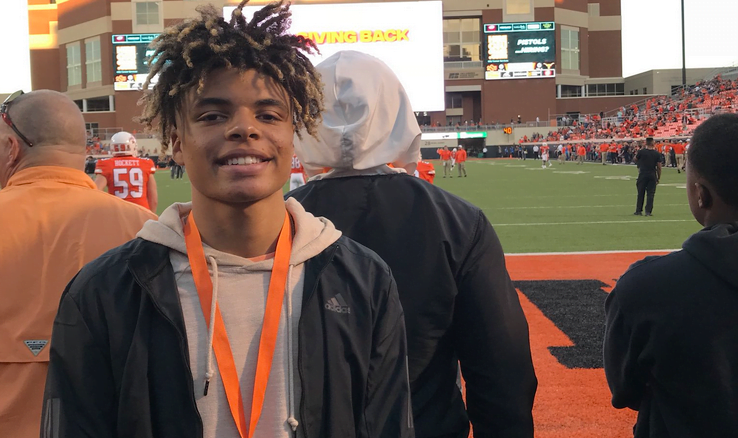 OSU is the latest to extend an offer to Bixby cornerback prospect Jordan Reagan.

Reagan, a 6-foot-2 Class of 2020 prospect, made the offer public late Wednesday night, announcing proudly that Mike Gundy himself made the offer after a talk with him. The talk and offer came on the heels of what surely was a sound showing at The Show camp, OSU’s third camp of the last few weeks where high schoolers can showcase their talents in front of OSU’s coaching staff.

Reagan will be a senior this season at Bixby, but he’s already reeled in plenty of notable offers including from Tulsa, Memphis, New Mexico State, Army, Air Force, and now Oklahoma State.

That success could sway Reagan to seriously consider OSU considering the Bixby-to-OSU path has been one of success for former teammates. At this point it’s still early to guess who is the favorite in the club house to land him, but with a number of former teammates already converted Cowboys and the close proximity of Bixby to Stillwater, you’d have to think the Pokes could be in a good spot to potentially whisk him away.