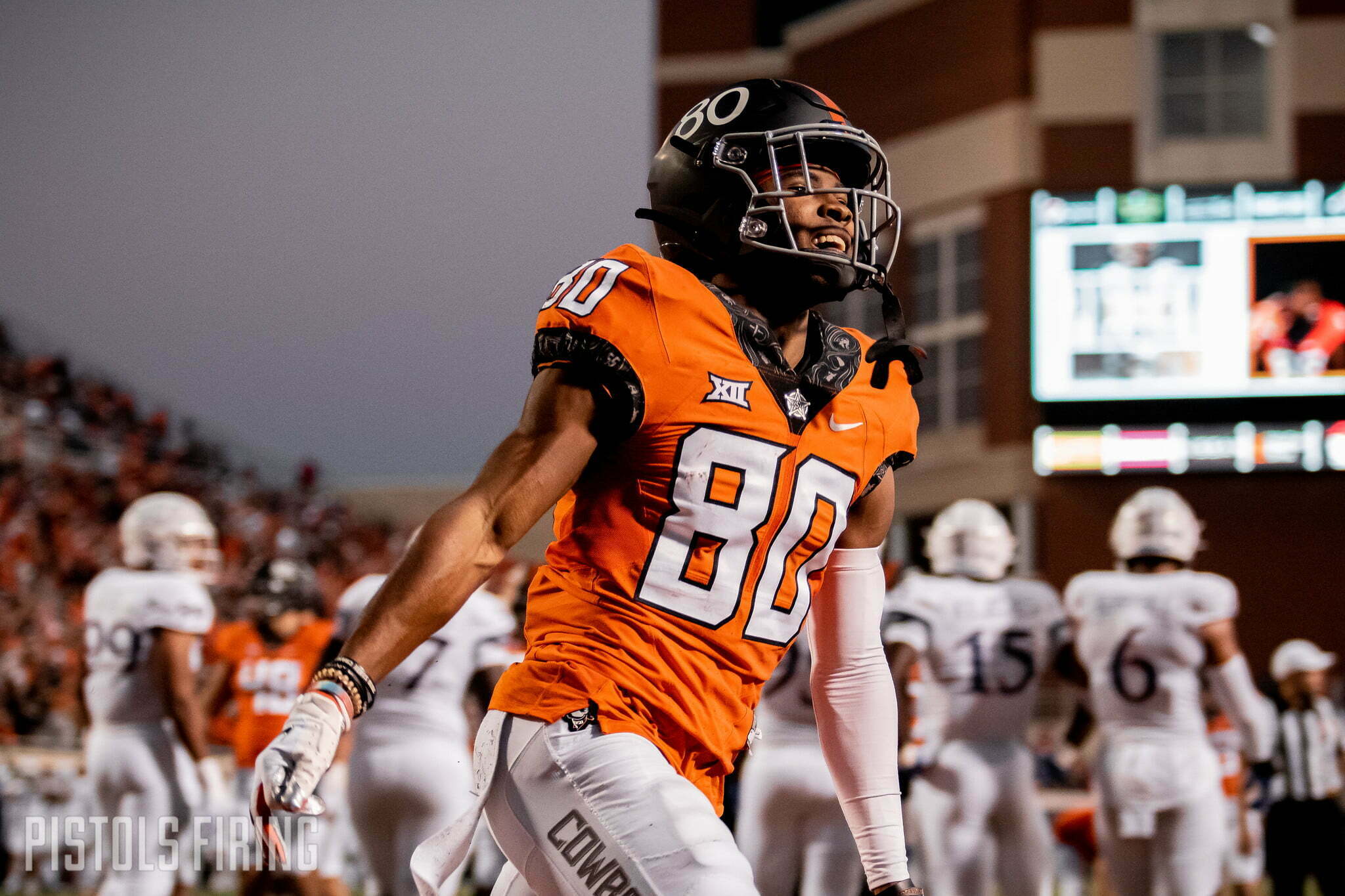 Some players have a touch for the ball, and others just need to touch the ball.

Brennan Presley had the football in his hands on offense three times during Oklahoma State’s 55-3 victory against Kansas, and he scored two touchdowns.

The Cowboys out-gained the Jayhawks with a season-high 535 yards to the visitors’ 143, KU’s lowest in four seasons. But OSU’s most dynamic weapon totaled just 20 yards. The Cowboys’ second-leading receiver coming in managed to haul in just two of his four targets against KU for a total of six yards. But he made them count.

Then on a reverse in the second quarter, Presley logged the Pokes’ fourth touchdown of the night and effectively made this game a blowout, before students could even head to the exits.

That counted as Presley’s third rush attempt for the season and the second rushing TD of his career. His six receiving yards tied a career-low in any single game in which he caught a pass. But he scored 12 points and it was a blowout.

Doing a lot with a little is something Cowboys coaches have gotten used to with Presley during his short career.

“Well, Brennan is starting to show up,” said Mike Gundy after the win. “I mentioned this, I think in the media Monday, that’s what he did in high school, right? I mean, he played running back, played receiver, moved him all over the place.

“When he touches the ball eventually he’s gonna make a play. He’s not the biggest guy in the world, so his adjustment to this level was different. The speed and quickness he has, his competitive nature and his physical toughness allows him to play better than he should at a young age. Now he’s getting experience and maturity. Those are the two most important things. He’s learning to do that now.”

The scoring spree Presley’s been on over the last two weeks has come as no surprise to Gundy.

“He really should touch the ball, and I think he would have tonight if we would have been in a normal game, at least 10 times, doing different things,” Gundy said. “But when we had some issues with depth at that position, he was bouncing around doing other things, so we couldn’t really lock him into doing certain things that he should have been doing because we didn’t know who we were going to have that was healthy.”

It’s pretty clear that, regardless of depth, Presley is a player you cannot keep off the field, or afford to not have touch the ball.