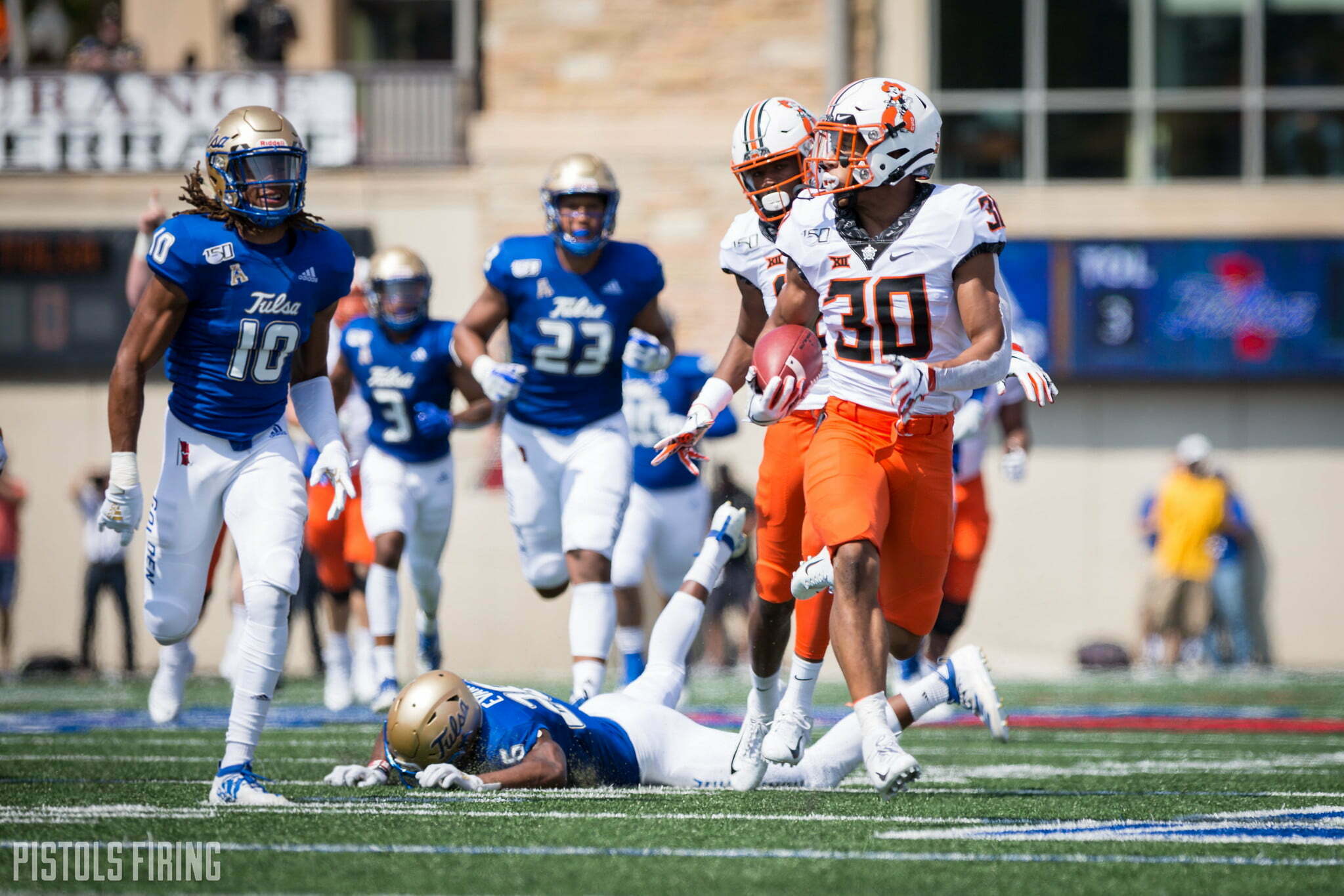 STILLWATER — Against teams that aren’t McNeese, Chuba Hubbard has averaged 29 carries a game this season.

Carrying the ball only eight times against the other Cowboys brings his actual per game total to 22 carries. His 66 carries this year is the fourth most in the country.

“I think we gave it to (Hubbard) 32 times Saturday, would prefer not to do that again,” OSU coach Mike Gundy said Monday. “But if we have to, we will. He wants the ball.”

Hubbard is on pace to carry the ball 286 times this year. That would be the seventh-most in program history and the most an OSU player has had since 1996.

If anything, Hubbard might finish with more than that total because there aren’t any McNeese-like opponents on the Cowboys’ remaining schedule. If he averaged his Oregon State/Tulsa total from here on out, Hubbard would finish a 13-game season with 356 carries this year. That would be second to only Barry Sanders’ Heisman-winning season in program history.

It probably won’t get that out of hand, but it is realistic to think Hubbard can be the first OSU back to hit 300 carries since Sanders did in 1988.

Justice Hill’s carry cap was a hot topic last season. Gundy said he wanted to keep Hill somewhere around 15 touches a game. On Monday, Gundy said the sweet spot for Hubbard was somewhere between 20 and 25. Hubbard’s is higher because of he and Hill’s differing bodies

It’s something OSU followers aren’t used to in recent years. In Hill’s time in Stillwater, it was almost always a stable of backs that Hill was the prized stallion of. In 2016, Hill ran with Chris Carson, Rennie Childs and Barry J. Sanders. In 2017, he ran with J.D. King and LD Brown. Last season he ran with Hubbard, King and Brown.

To this point, Hubbard has been a bit of a lone war horse running through the battlefield, as Brown has the second-most carries among running backs with 16. Quarterback Spencer Sanders more than doubles Brown’s total with 34.

A hairline fracture has kept Jackson off the field this season. Jackson practiced in pads in fall camp, but wore a green jersey like the quarterbacks to limit contact. Gundy said he hoped Jackson would be out there this week.

Jeter played in the McNeese game, where he got 11 carries and had 34 rushing yards. He has been hobbled with an ankle injury in the early part of the year.

It seems as if Brown has been the only healthy running back to relieve Hubbard, but he has struggled in the early part of his junior season. Brown has averaged 2.5 yards per on his 16 carries. But there is still hope Brown turns it around.

“LD needs to run,” Gundy said. “He’s chopping his feet, looking around, he needs to run. That’s his strength. He’s fast. He’s not as comfortable, in my opinion, as what Chuba is right now.

“He should be preforming better than he is, and I think he will. He’s just a little unsure right now. We need him to stick his foot in the ground and go north.”

It might just end up being a Hubbard-heavy year, and it could work out just fine. It’s just not something this air-raid offense has seen in a while. There are 11 FBS running backs with at least 60 carries this season, including backs from Ohio State, Auburn, Mississippi State, Florida State and Ole Miss.

With Big 12 play starting Saturday, it’ll be interesting to see if Hubbard can keep this ludicrous pace up. If he can, he could be on track to have one of the best seasons for a running back in program history, a ridiculous thought in pass-heavy 2019.